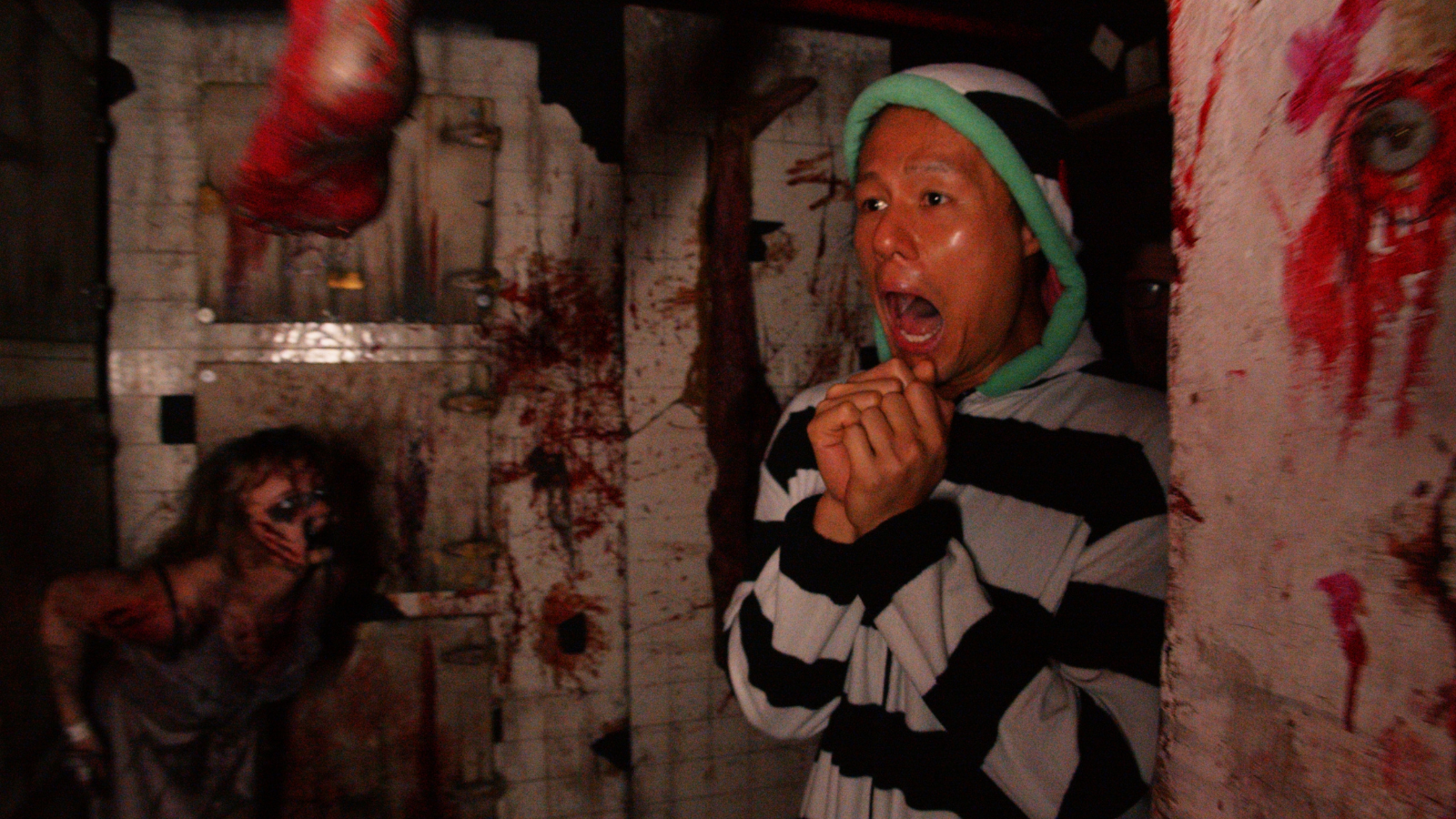 Boo! Spooky szn is officially here and it’s scaring several Broadway stars..mwah hahahahaha! The cast of Beetlejuice The Musical stopped by Blood Manor in downtown NYC for a frightful trip into the unknown, and Theatrely was on the scene.

Despite visiting the underworld eight times a week at the Marquis Theatre, Elizabeth Teeter, David Josefsberg, Dana Steingold, and Kelvin Moon Loh (in a sandworm costume), were no match for the haunted ghouls of this house. Their reactions ranged from genuine terror (poor Dana) to cheeky humor (we see you, David).

Check out the spooky-but-funny video below.

‍Beetlejuice is set to run on Broadway through January 8, 2023, with a national tour kicking off this December in San Francisco, California.

A fan favorite among the TikTok generation, Beetlejuice has had an unconventional Broadway run. It shuttered on March 12, 2020, due to the COVID-19 pandemic after originally being announced to close in June that year. Overwhelming demand on social media led to a return engagement when theatres reopened.‍

Beetlejuice is directed by Tony winner Alex Timbers (Moulin Rouge! The Musical), with an original score by Eddie Perfect, and a book by Scott Brown and Anthony King. It’s based on the cult favorite 1988 film from Warner Brothers and directed by Tim Burton.