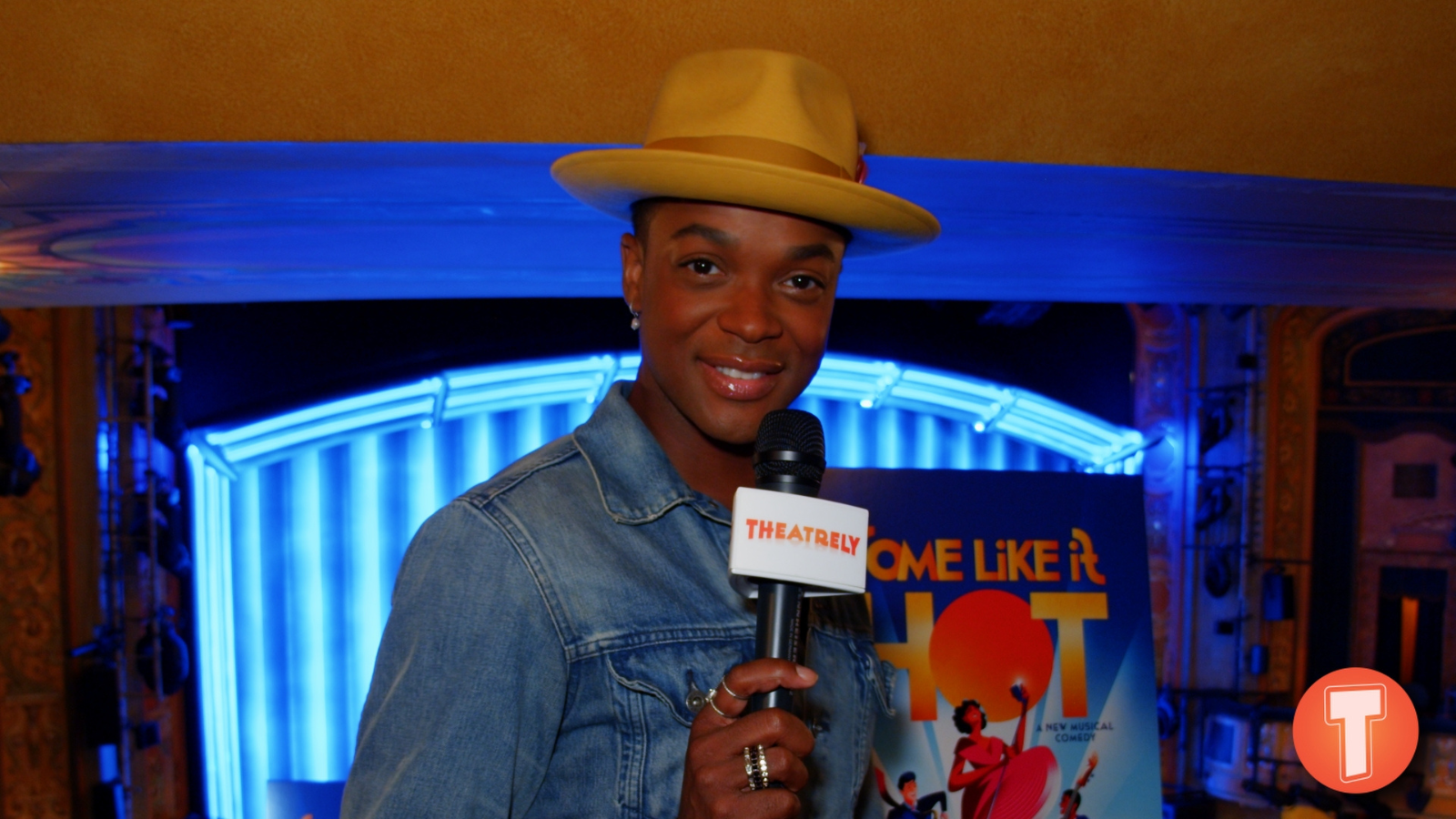 Mobsters, intrigue, love, identity, and so much more. That’s what awaits audiences going to see the the premiere of Some Like It Hot, beginning November 1 on Broadway at the Shubert Theatre.

Ahead of the show’s start of previews, Theatrely played another round of 10 Seconds to Plot with the cast to find out more about the musical comedy caper. Check out Christian Borle, J. Harrison Ghee, Adrianna Hicks, and more below.

In addition to Borle as Joe, Ghee as Jerry, and Hicks as Sugar, Some Like It Hot stars Kevin Del Aguila as Osgood, NaTasha Yvette Williams as Sweet Sue, Adam Heller as Mulligan, and Mark Lotito as Spats.

Based on the MGM Oscar-winning eponymous film, Some Like It Hot features a book by Matthew López and Amber Ruffin. Marc Shaiman and Scott Wittman wrote the score, with direction and choreography by Casey Nicholaw.

On the music team, orchestrations are by Charlie Rosen and Bryan Carter, with dance and incidental music arrangements by Glen Kelly. Mary-Mitchell Campbell is music supervisor, Darryl Archibald is music director, and Kristy Norter is music coordinator.