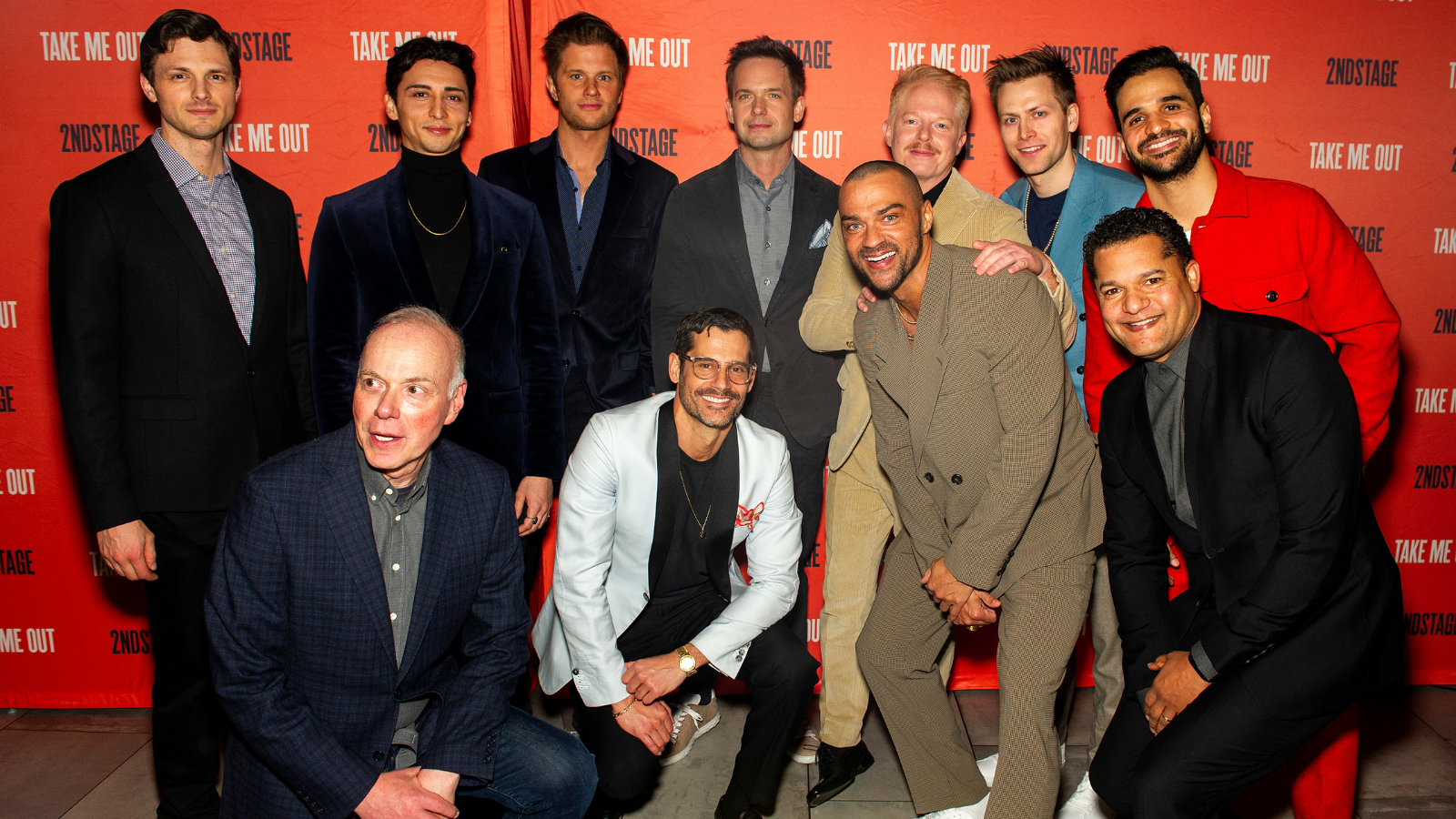 Company of Take Me Out | Photo: Daniel Rader/Theatrely

Batter up! On opening night, the stars of Take Me Out played “Strike Me Out”—a wholly original game invented by Theatrely to test the cast’s knowledge of baseball and theatre words. The results were decidedly mixed in terms of RBI, but hilarious no doubt.

Directed by Scott Ellis and penned by Richard Greenberg, Take Me Out follows star baseball player Darren Lemming after he comes out of the closet, leaving his teammates stunned. The play was recently extended two weeks through June 11 at the Hayes Theater.