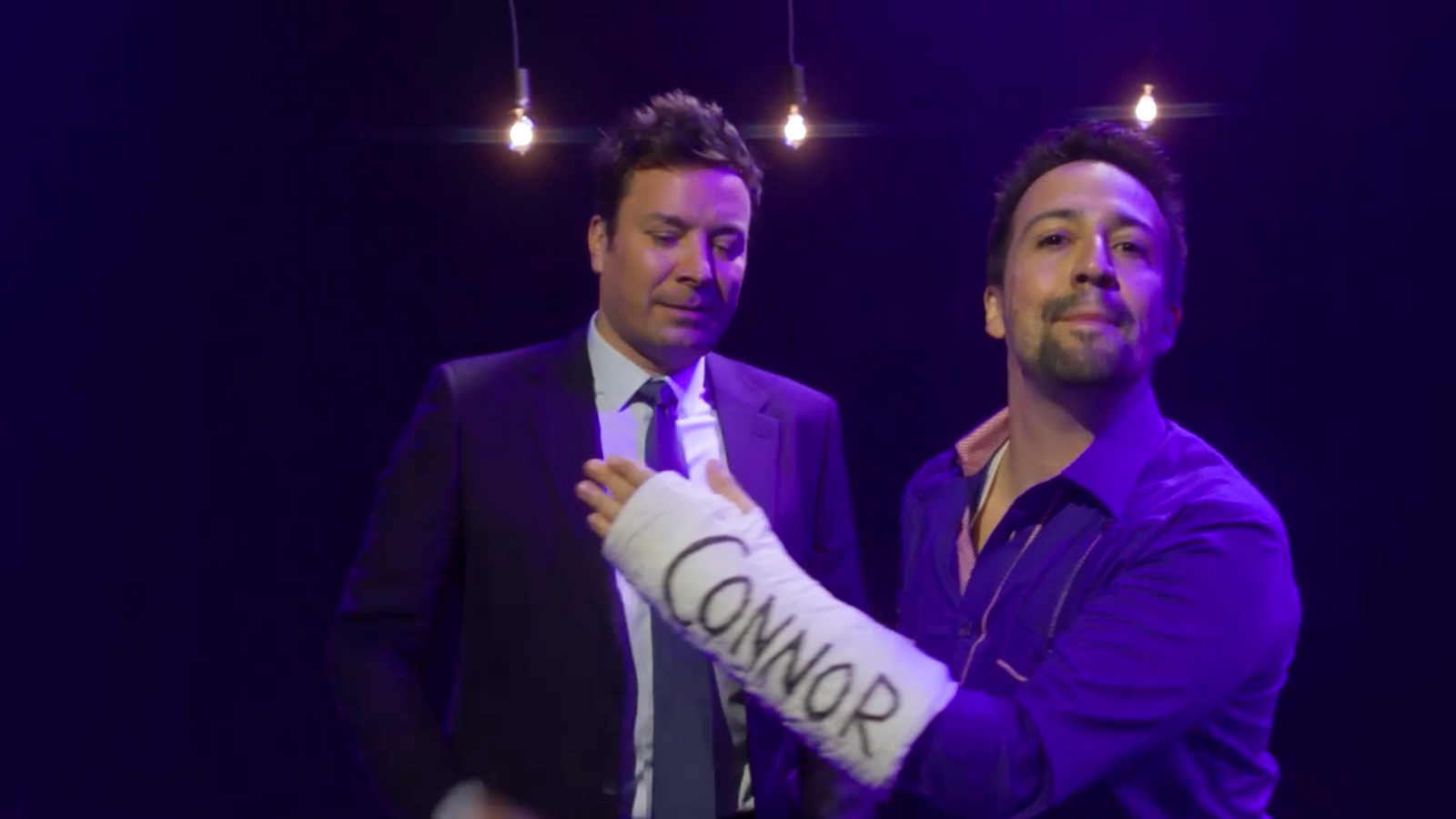 "Broadway's Back" performed by Jimmy Fallon and Lin-Manuel Miranda | Credit: The Tonight Show/NBC
By
Kobi Kassal
No items found.
on
Category:

Lin-Manuel Miranda stopped by The Tonight Show with Jimmy Fallon earlier tonight to help promote his upcoming film In the Heights which hits theaters and HBO Max this Thursday, June 10. Before he left, the two performed an homage to Broadway’s return called “Broadway’s Back” that included many Broadway favorites including Kristin Chenoweth, Laura Benanti, Christopher Jackson, Olga Merediz, Jimmy Smith, Phylicia Rashad, and more!

Check out the number which features a tribute to many of the shows returning once Broadway reopens later this summer. Read our guide to stay up to date on the latest openings here!