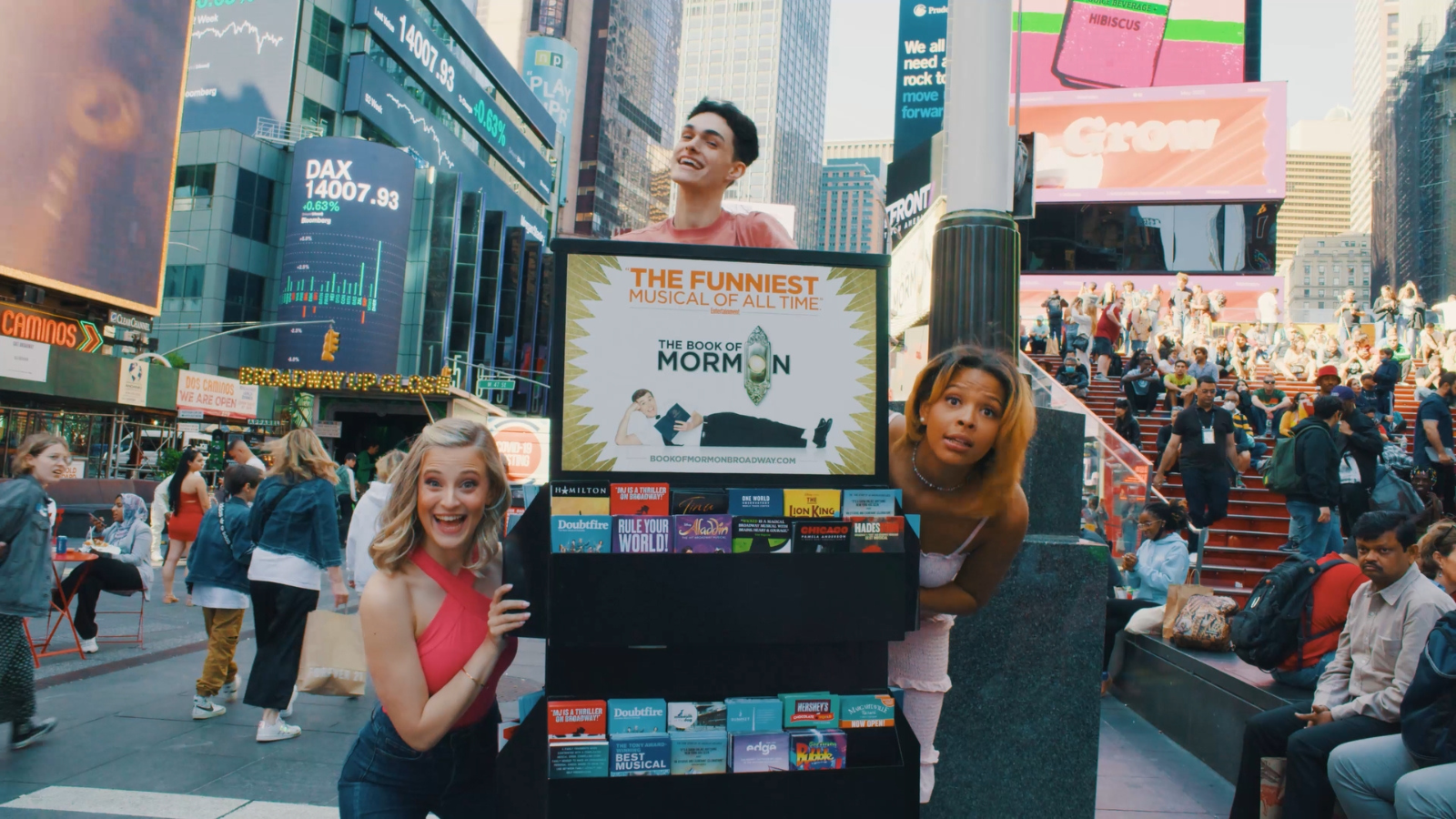 We’re on our way! Theatrely has premiered its new music video for “So Much To See” in celebration of the upcoming 75th annual Tony Awards. The piece brings together a team of emerging Broadway-loving talent to acknowledge the feats of this historic season, name-checking A Strange Loop, Six, Company, and all of the 34 new shows that opened on the Main Stem.

“So Much To See” stars Cara Rose DiPietro, Luke Ferrari, and Alyssa Wray. It was composed by Nathan Fosbiner and orchestrated by Michael Mastoianni, leading a team of sixteen musicians.

“As a giant Broadway nerd, this project was an absolute dream,” says Fosbiner. “Our goal was to mention every new show in the 2021-2022 season in a positive and loving way, since we are all thrilled that Broadway is back and booming!” Check it out below.

The video is directed by Amanda Whiteley under the creative direction of Danielle Hope Diamond. Theatrely’s Kobi Kassal and Amanda Marie Miller are producers, in consultation with Brandon Schwartz. See full credits here.

“The 75th Tonys are incredibly significant after what we’ve all been through these past few years,” says Kassal, who is the founder and editor-in-chief of Theatrely. “The theatre community has faced major challenges through this pandemic. Artists and audiences alike have really come together to support Broadway’s revival. We created this music video to not only highlight this incredible season, but celebrate the people that made it happen.”

The 2022 Tony Awards will air June 12, beginning at 8 PM ET/5 PM PT on CBS and streaming on Paramount+, with The Tony Awards: Act One streaming exclusively on the streamer beginning at 7 PM ET/4 PM PT. As previously announced, Oscar winner Ariana DeBose will emcee the main event while this season’s Broadway alums Darren Criss and Julianne Hough will host the pre-show.