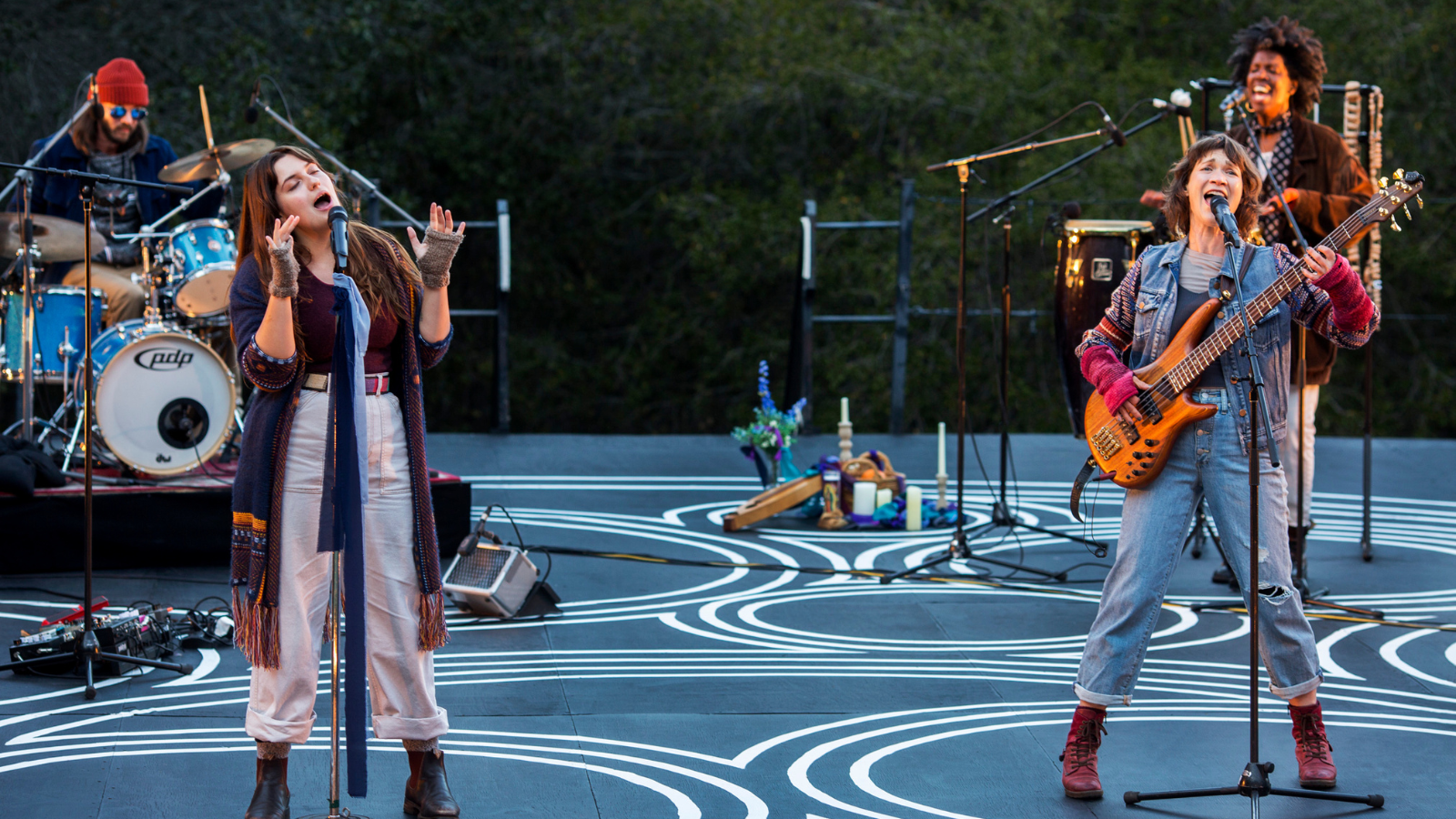 WP Theater will present the in-person, Off-Broadway premiere of Weightless following its digital production during the worldwide theatre shutdown. The show will begin previews September 17 at WP’s home on the Upper West Side, with an opening night set for September 29.

‍Weightless is written by Bay Area indie rock band The Kilbanes, headlined by married songwriting and performing duo Kate Kilbane and Dan Moses. The indie rock musical began as a theatrical concept album and received a digital premiere in 2021, also presented by WP. It combines the band and the cast, purposefully blurring the lines between actors and musicians, as well as between musical theatre and rock concert.

Inspired by a tale from Ovid’s Metamorphoses, Weightless follows the story of two deeply devoted sisters as they try to reunite. Separated by circumstance, they must travel across worlds, facing devastating sacrifice, divine intervention, and more.

Starring alongside Kilbane as Procne/Bass and Moses as Keyboards/Chorus is Lila Blue as Philomela, Kofy Brown as Iris/Percussion, Dan Harris as Percussion, and Joshua Pollock as Tereus/Guitar, all of whom reprise their roles from the 2021 film version.

The world premiere of Weightless was developed and co-produced by Z Space and piece by piece productions in March 2018 at the former company in San Francisco. In 2019, it played at A.C.T. in SF and BRIC House in Brooklyn, New York City, as part of the Public Theater’s Under the Radar festival. After further development with Woodard, including at TheaterSquared as part of the Arkansas New Play Festival, WP Theater filmed the show at CalShakes. The Kilbanes’ subsequent release of the Weightless album is now available on all streaming services.