Women On The Verge: HELP And AT THE WEDDING — Review 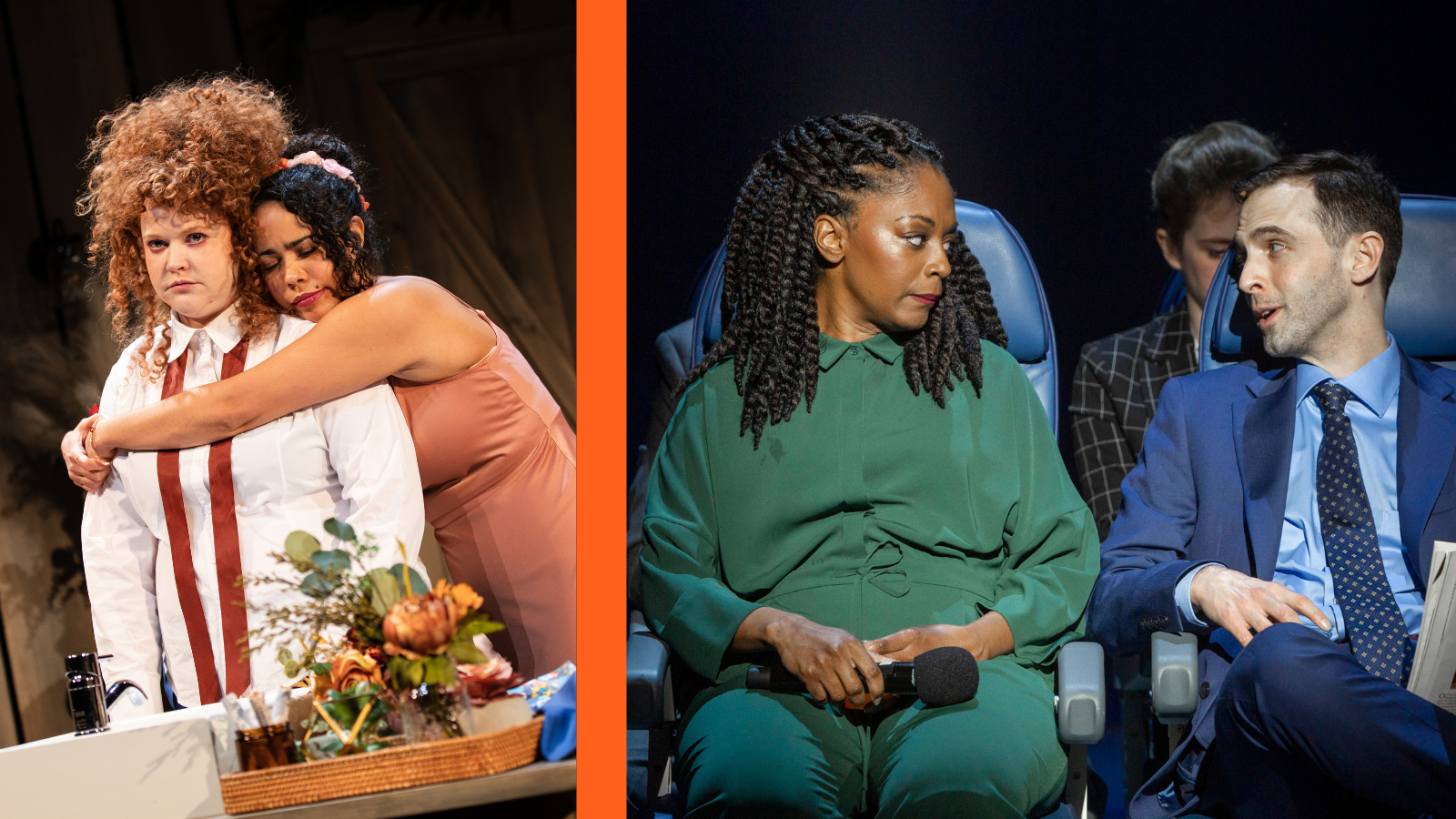 In 2019, the great writer Claudia Rankine published a New York Times essay about her experiences talking to white men following the 2016 Presidential election. Typical of Rankine’s work, it is trenchant, thought-provoking, and carries the weight of her insightful immediacy. None of that is present in Help, a pandemic-delayed stage adaptation which finally opened at The Shed.

Two things are likely at fault: the earth-shaking social movements of 2020, which make any prior treatise on race in America read almost like a lost scroll; and a well-intentioned attempt to adapt what is essentially a written field dispatch. I’ve seen Rankine’s theatrical work before, such as an excellent production of The White Card at Boston’s ArtsEmerson, which was (to my knowledge) a work conceived for theatre. It featured real characters in fully realized dramatic scenarios.

Help features an all-white cast, save for its narrator—a Rankine stand-in, also standing in for all Black women, ably played by April Matthis, but directed by Taibi Magar to keep a dramatically inert Jim Halpert, “Can you believe this?” face throughout. Mimi Lien’s set—somewhere between an airport waiting lounge and an executive meeting room—is stunning to look at, but Shamel Pitt’s puzzling choreography (believe it or not, there is interpretive dancing) is hard to watch.

As in the Times essay, the play deals with white America’s refusal to admit their role in maintaining their systematic supremacy alive, with Matthis recounting, lecture-style, several encounters that range from micro- to macro-aggressions. It is, of course, a worthy topic of discussion, but one you could just as easily capture by spending twelve seconds on the internet. The question of who, exactly, this work is for arises as you pass the Vessel on your way to the theatre.

I hesitate to advocate for people to be more online, but it seems theatre creators could benefit from taking a better peek at the discourse happening in real time, and realize their takes simply aren’t as hot as they might have thought. Conversations on social media inherently lack nuance, but they are immediate and first-hand. There is very little in Help that anyone under 35 would not have seen on Twitter in the summer of 2020, or anyone over to have read on Facebook.

I’m similarly shocked to see so many colleagues eager to mention 2015 same-sex marriage laws in their writings of At the Wedding, a new comedy now at LCT3, as if it were the first work to stem from the passé-on-arrival permission for queers to be legally wed. Of course, art should not be rushed, creativity cannot be forced, and the faster our world spins, the more likely it is that a work will seem outdated by the time it debuts. But if artists are not going to use that time to develop richer, deeper insights, there is little point in subjecting an audience to firsthand thoughts from years past.

But not to over-politicize Bryna Turner’s At the Wedding, which sets its humble sights merely on entertaining. Unfortunately, on that front, it fails. The dusty sitcom structure is set at a terminally Northern Californian straight wedding, where the bride’s ex-girlfriend goes on a boozy downward spiral. Other guests chime in, offering lukewarm advice and reciting too-relevant poetry. The lead, Mary Wiseman, is not to blame; giving her all but burdened with embodying the most insufferable character onstage this season. Her self-deprecating humor is straight from a 2011 Urban Outfitters rack, and the characters around her are as stock-grown as they come.

Help is in performance through April 10, 2022 at The Shed on West 30th Street in New York City. For tickets and more information, visit here.

At the Wedding is in performance through April 24, 2022 at Lincoln Center’s Claire Tow Theater on West 65th Street in New York City. For tickets and more information, visit here.