A Love Letter to A STRANGE LOOP 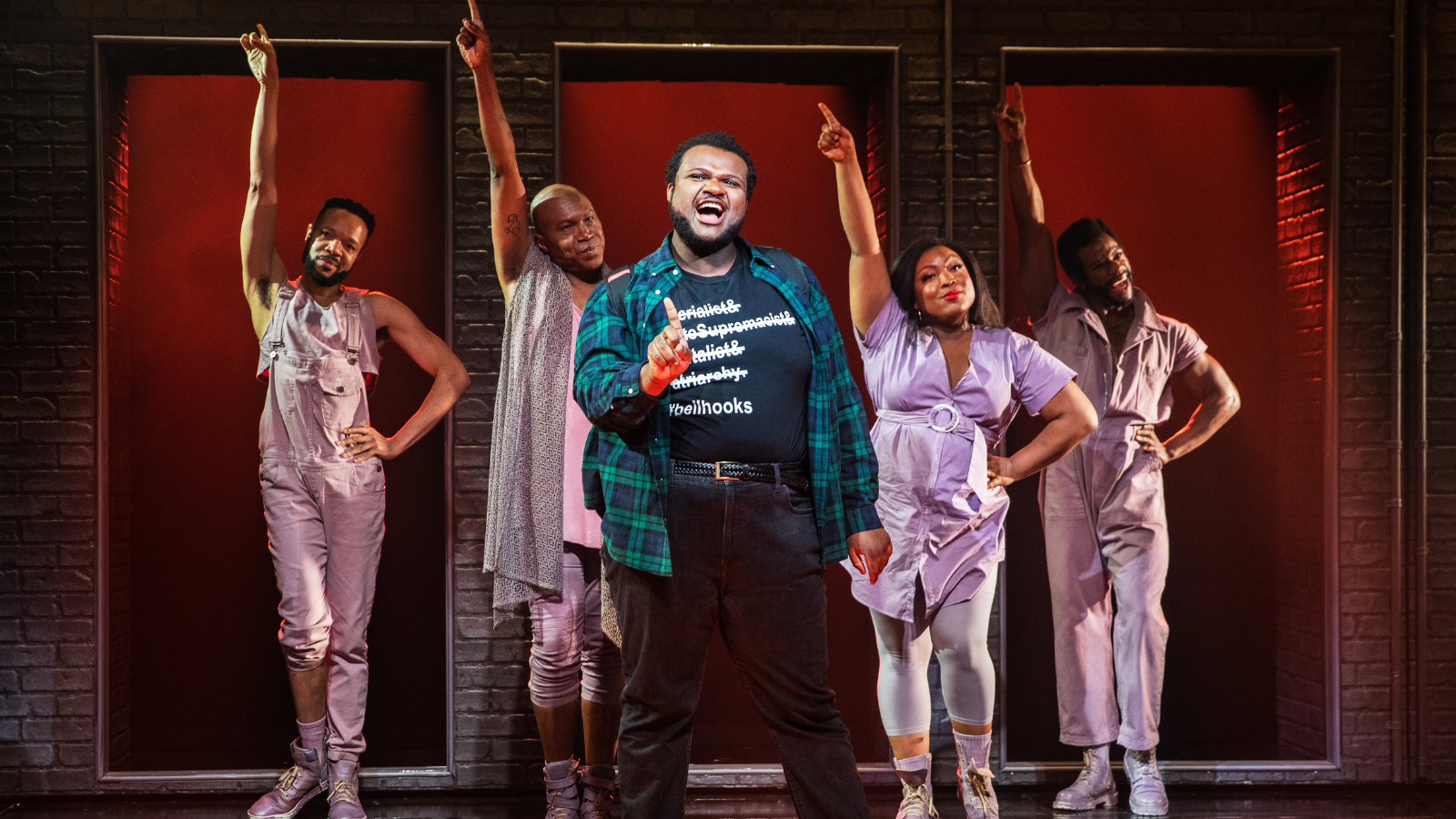 The cast of A Strange Loop | Photo: Marc J. Franklin

I love you so much I visited you twice in 24 hours at the Lyceum Theatre a few weeks ago. As a cisgender, white, gay man, I don’t pretend to even begin to understand the nuances of what it means to be a Black, queer musical theatre character. Still, I feel deeply connected to you.

It’s hard to pinpoint exactly where this connection blossoms from. Perhaps it’s my own contentious religious upbringing that made me gasp when you deliver the blow of “you wanted a gospel play” in the aftermath of “AIDS Is God’s Punishment.” It might come even earlier, though, from the knowing winks in “Exile in Gayville” (although to be clear: I don’t think Beyoncé is a [redacted]).

Even before arriving on Broadway, the least surprising theatrical award in recent history was a deserved Pulitzer Prize for Drama. Your creator, Michael R. Jackson, is a genius. So, in honor of the show’s 11 Tony nominations (praying to Liz Phair for several wins), I’d like to celebrate three specific parts that ensure I’ll be seeing A Strange Loop again…and again…and, well you get it, right?

For a show that goes so deep into the pain of an individual experience, Jackson’s music and lyrics are insanely approachable. From the first notes and vocalizations of “The Intermission Song,” my toes are tapping. Then, the rug gets pulled out from under me song after song. By the time Usher reaches the conclusion—both in his journey as a writer and within the show itself—the two final songs hit you like a sucker-punch to the soul. It’s somehow uplifting, cleansing, and devastating all at the same time. Should so much anger in musical theatre be this enjoyable? I don’t have the answer, but you better believe I’m clapping on the 2 and the 3 with the altos.

If there’s ever been a case for a Best Ensemble award at the Tony Awards, it’s L Morgan Lee, James Jackson, Jr., John-Michael Lyles, John-Andrew Morrison, Jason Veasey, and Antwayn Hopper. Collectively, they are talented chameleons who play Usher’s inner thoughts and additional characters—some real and others imagined. Their work is hilarious, searing, and on more than one occasion, sexy AF. Whether they’re playing every twenty-something’s parental nightmare in “We Wanna Know” or committing 100% to the glitter-glove handography (shout out to Raja Feather Kelly) in “Inwood Daddy,” these co-stars are crushing it.

‍A Strange Loop has the power to change the world of musical theatre, if it hasn’t already. Audiences are positively responding (just look at the increasing grosses and capacity over the past few weeks) to seeing a unique and hidden-in-plain-sight experience laid bare for all to see. Not only will this encourage other writers to write similarly diverse works, but its success lays the groundwork for regional and touring theatres to feel confident in mounting shows that go outside subscriber’s comfort zones.