A STRANGE LOOP, and a Glorious Catharsis — Review 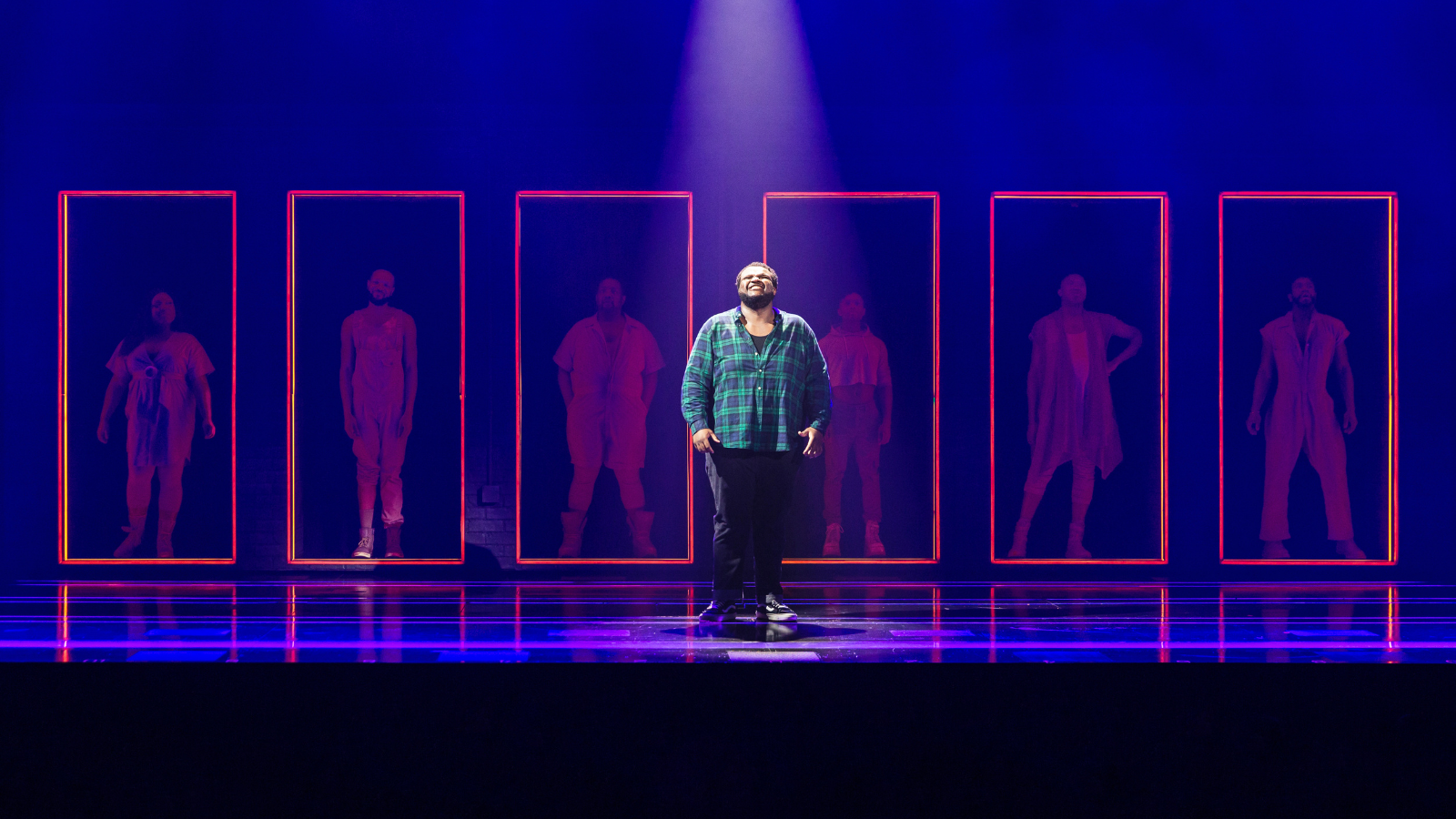 A Strange Loop is not a universal story. That might seem an obvious point to anyone who has seen or heard it. But it’s so key to the adrenaline rush brought about by this masterful new musical at the Lyceum Theatre, which opens tonight. It is a rare thrill to experience a piece so individual, so wholly inimitable, on a Broadway stage.

In crafting a work so joyously and painfully honest, playwright, composer and lyricist Michael R. Jackson walks a fine line. A Strange Loop is a carefully structured piece, lean and quick-paced. Yet it is also a manic mess, a frenzied collage that stays true to its central premise of hurtling through the chaotic depths of one man’s rage, trauma, and self-hatred.

That is Jackson’s most awe-inspiring accomplishment with A Strange Loop, which is certainly the best new musical on Broadway this season: he has created a finely honed piece of theater while always remaining true to his own distinct voice.

If doubts about the show’s new lead Jaquel Spivey (who replaces off-Broadway’s Larry Owens) were not already dispelled by this point, his riotous delivery of “Gospel Play” does away with them for good. Spivey is a superstar, a thrilling bundle of nervous energy. His gentler take on Usher does soften some of the character’s hard edges, a minor issue in earlier scenes (Usher is meant to be a handful, after all). But that open-heartedness proves a benefit in the show’s later, more emotional section.

Spivey is assisted by Usher’s Thoughts, six extraordinary performers inhabiting the mess of self-hatred, over-analysis and horniness bouncing around his hyperactive mind. There is simply no way to single out any one Thought. They are L Morgan Lee, James Jackson, Jr., John-Michael Lyles, John-Andrew Morrison, Jason Veasey and Antwayn Hopper. The six do beautiful collective work, making the indescribable look effortless. A joint honorary Tony may be in order (if the Matilda girls get one, why not our Thoughts?).

Then with “Inwood Daddy,” the tone of the evening shifts. That number depicts a sexually humiliating encounter with an older white man which leaves Usher adrift in regret. It’s a difficult and upsetting scene, a tough thing to stage on Broadway. That it works is testament to director Stephen Brackett’s tonal precision. His work is phenomenal throughout, but Brackett particularly nails this scene, pulling off a full-on tonal reset in a room of 900.

Following this encounter, Usher’s tale descends further into his tortured psyche. It grows more visceral and at times difficult to take. Listening to a choir repeat the lyric, “AIDS is God’s punishment,” over and over, for what feels like an eternity, is hardly pleasurable. But it is necessary. Usher is after the truth. Reaching that truth is a task Jackson doesn’t take lightly. He plumbs the depths of Usher’s trauma and self-loathing. It can be horrifically painful. But as we reach the freeing release of “Memory Song,” the show’s gorgeous and moving 11 o’clock number, that pain feels so very worth it.

Which is, ultimately, the point Jackson is driving at. Growth requires pain, requires a confrontation with ugly truths often left unsaid. A Strange Loop leaves nothing unsaid. Usher is an exhausted shell of his former self by the end, and you may feel similarly. But he has also found some catharsis—and we are lucky enough to have found it with him.

A Strange Loop is now in performance at the Lyceum Theatre on West 45th Street in New York City. For tickets and more information, visit here.