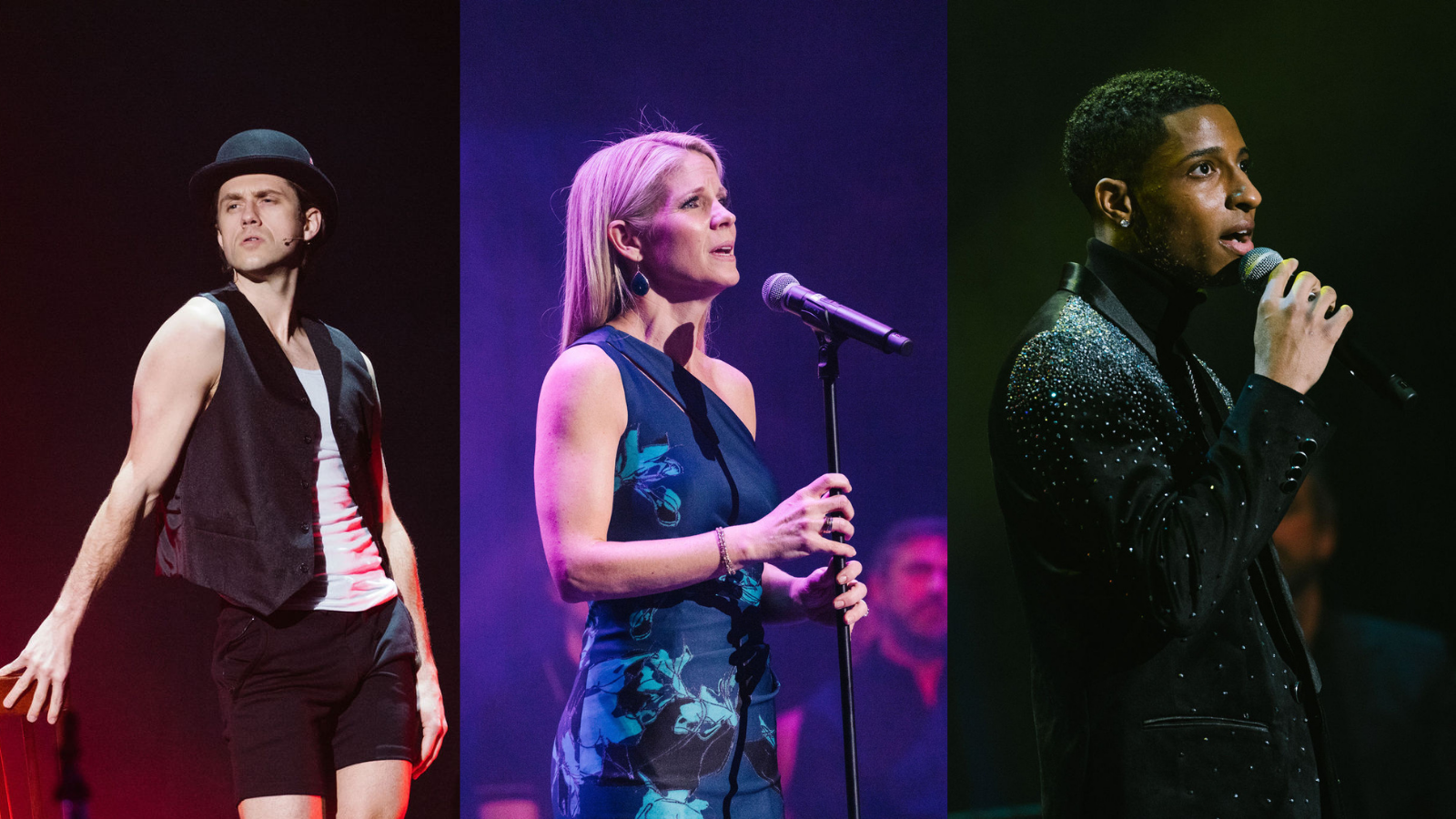 This year, fans around the world will get a chance to experience Miscast22 wherever they are: the annual concert was filmed at Hammerstein Ballroom in April and streams May 22-25. It features a roster of Broadway stars, including Aaron Tveit, Kelli O’Hara, Myles Frost, Audra McDonald, Shoshana Bean, and Lea Michele.

For the uninitiated, the event welcomes some of Broadway’s biggest stars to perform a song that they wouldn’t normally have the opportunity to perform in a professional stage production.  It also serves as a fundraiser for the Off-Broadway stalwart MCC, with notable past performances garnering millions of online views, including Tveit and Gavin Creel’s “Take Me or Leave Me” and a trio of Broadway youngsters singing “The Schuyler Sisters”.

Below, several performers reveal their inspiration for the songs they chose. Click here to buy tickets for the stream, which also includes bonus content like interviews and behind-the-scenes footage.

“We actually started working on ‘Mein Herr’ in February of 2020! After I’ve had the privilege to do a few very cool numbers in the past, Bernie had the idea for me to dance a bit. And he asked Valarie Pettiford if she would help me learn the original Fosse choreography. She so graciously said ‘yes!’ and we began work for Miscast20. When the in-person Miscast returned for 2022 we finally got to get the number onstage…I am so thrilled we did, and forever grateful to Bernie for the idea, and Valarie for her brilliance and willingness. – Aaron Tveit‍

“Well, the duet (‘Lily’s Eyes’ from The Secret Garden) was chosen for me, and, although I love it, the song wouldn’t have mattered. Only the partner. They had me at…’Audra McDonald.’” – Kelli O’Hara‍

“I chose to perform ‘Soon As I Get Home’ (The Wiz) because its lyrics depict Dorothy’s experience navigating a foreign land and meeting all types of people. She also sings about the things that excite and scare her all while trying to find her way back home. I felt connected to this song because it more or less describes my experience navigating the wonders of Broadway for the first time.” – 2022 Tony Nominee Myles Frost (MJ)‍

“I chose ‘Sing Happy’ because I felt everyone would relate to wanting more happy in the world. I hate watching the news to see social injustices and unrest, COVID still hanging over our heads like a menace, among so much other negativity. Also, who wouldn’t want to belt out an anthem such as that has been done by the likes of Liza?!” – J. Harrison Ghee‍

“I sang my song [‘I Can’t Say No’] in a production 58 years ago. I was thrilled to have another opportunity to finally get it right!” – Andrea Martin‍

“Because outside of cleaning his house maybe, I would do anything for Bernie Telsey, who has championed the idea of me for over twenty years, and we both thought it would be a gas to sing a song [‘On the Streets of Dublin’] that I myself originated so many years ago that I’d no longer be cast in that part.” – Steven Pasquale‍

“I was having a hard time coming up with a character and it seems like everything he [Cain] does is wrong and life is hard. I think we can all relate to that in our own ways. I love playing complex characters, who truly believe what they are doing is right, no matter how misguided, and this was a delightful challenge.” – Tamika Lawrence (“Lost in the Wilderness”)