AIN’T NO MO’ Is For the TikTok Generation — An Interview with Jordan E. Cooper, Stevie Walker-Webb, and Lee Daniels 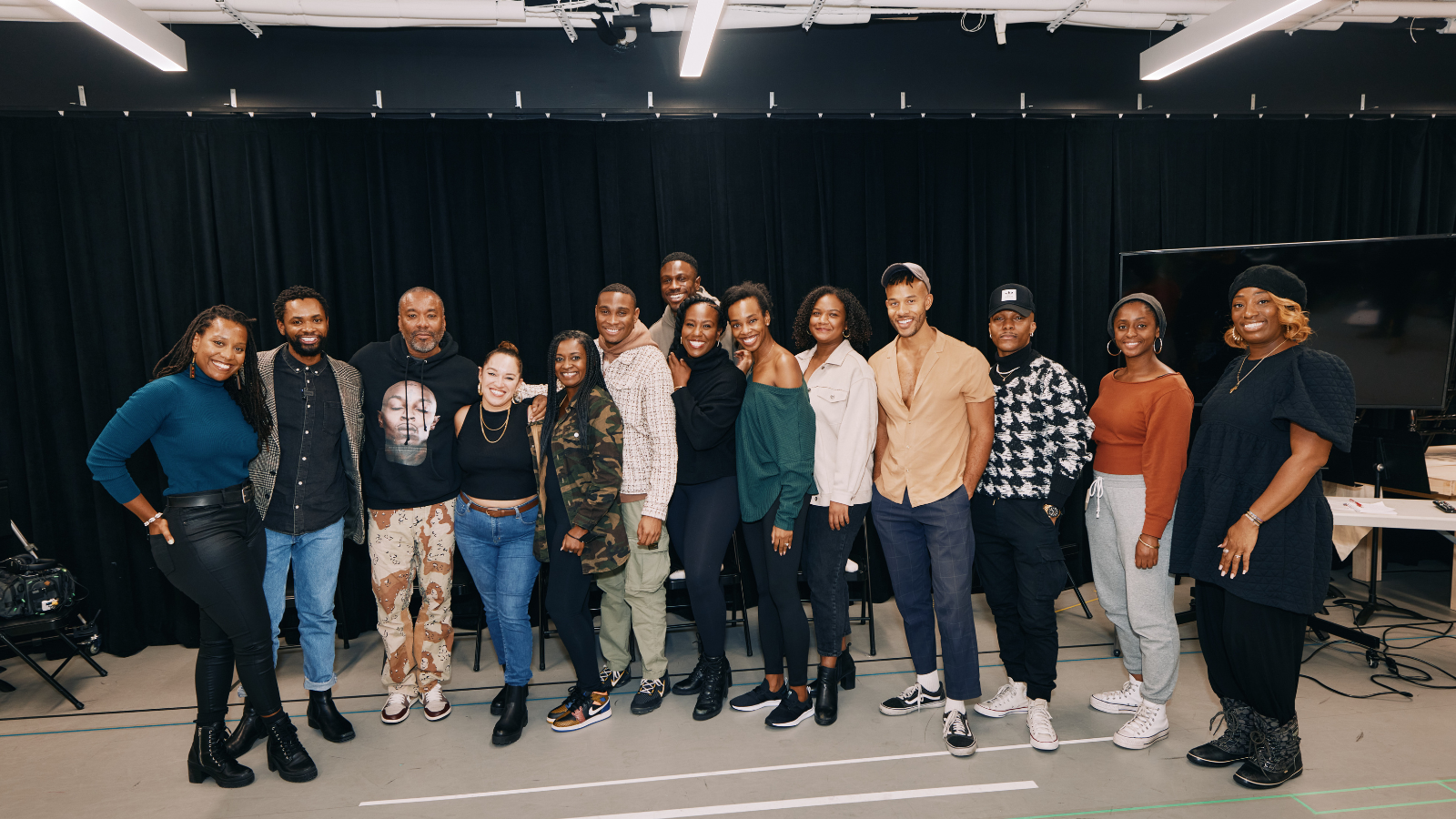 The company of Ain’t No Mo’ | Photo: Emilio Madrid

At the Belasco Theatre on Broadway, there is a play flying through space and time. There’s an airplane, sure, but also a clinic, a dinner table, a TV set, and more. At just about 100 minutes straight through, Ain’t No Mo is a fast-paced collection of stories that appeals to a social media–steeped generation accustomed to constant scrolling and consistent change.

In the show, six cast members quickly move in and out of vignettes—short scenes similar to minisodes—interspersed with appearances by drag queen Peaches, an airport gate agent played by playwright Jordan E. Cooper. The overarching question: What if the U.S. government offered Black Americans one-way plane tickets to Africa? What unfolds is a conversation that invites laughter, tears, and audience participation.

With an opening night set for December 1, Theatrely sat down with three of the minds behind the show: playwright and star Jordan E. Cooper, director Stevie Walker-Webb, and producer Lee Daniels. The three shared their thoughts on how Ain’t No Mo’ is meeting the moment and reminisced about how the show came to be.

‍This interview has been edited and condensed for clarity.‍

‍Stevie Walker-Webb: So Jordan's sitting in my house and he said “I’m gonna write a play about what would happen if it did happen.” So he read me the first three Peaches monologues and said, “Hmmm I just don't know if this is a play or not.” And I was like, “I don’t know what it is, but you have to finish writing this one.”

‍This is in 2016, as the world watched the election in the U.S. unfold. What happens if he is president? Surely he won’t? What happens if it does though? Playwright Jordan E. Cooper was thinking about all of those things.‍

‍Walker-Webb: I would get up at two in the morning and he would be [at my place] and I could just see the blue screen from his laptop. So I had the privilege of having him read the whole play to me, and I just thought, “I don’t know what I’m going to do, but I’m going to get this play into the world.”

‍Producer Lee Daniels agreed that there was something special about Cooper’s writing that he wanted to champion while looking back at his own career.‍

‍Lee Daniels: I didn’t have any mentors, I was doing it by myself. So when I saw his work, there was no way that I could not be there for him…I knew that I had to bring it to light.

‍Daniels, a producer, director, and writer known for contributions to Monster’s Ball, Precious, and Empire, had been looking for a writer. That’s when he found Cooper’s work. The two first worked together on The Ms. Pat Show which eventually led to Daniels’ interest in Ain’t No Mo’.‍

‍While some NYC audiences saw Ain’t No Mo’ at the Public Theater in 2019, a lot has changed surrounding it since then… especially in the reactions that the show elicits.‍

‍Walker-Webb: The play got so much more laughter before the pandemic, but I think that George Floyd and the way that our entire country woke up to that systemic issue changed the comedy. So people are now laughing from a different place when they listen to that vignette and you can feel it. You can feel that the laughter has shifted in the body and in the space.

‍For Cooper, though, he’s looking to shift theatre practices on a bigger level. I asked if he had been surprised by any initial reactions, and his response speaks to the tradition of theatre at large.‍

‍Cooper: I think a lot of people are used to theatre just being a one-sided thing. They’re used to just being able to sit in a dark room and watch people do the thing. They’re not used to being able to engage. They’re not used to being talked to… I don’t think a lot of people are comfortable with that yet, but to me, that’s what theatre is. That’s what theatre is supposed to be…and that is what I’m turning the Belasco into every night, eight times a week.

‍Cooper is officially the youngest American playwright on Broadway, cementing the arrival of Ain’t No Mo’ in the history books from the start. When asked about the pressures that come with an accomplishment like that, he didn’t seem phased.‍

‍Cooper: I am a griot in the sense of it is my job to tell the story of the people. It is my job to examine the people and how [they] behave, and present it back to them. And I don’t think there's an age to that.

‍While age may not play a part in Cooper’s artistic process, social media definitely does. Both Cooper and Walker-Webb agreed that online trends and offline habits have influenced the script and the production.

‍‍Cooper: I come from that generation of reality shows and social media. In order to reach the people who are living in the space and time that I’m living in now, I have to write how we speak. That’s why the language is the way it is. That’s why people talk the way they do in the show—because that’s how people talk on the street. I’m never trying to force words into anybody’s mouth. It’s not my job to try to censor how people talk. It’s my job to elevate it.

‍Walker-Webb adds that the structure of the play is particularly well-suited for 2022 due to its fast-paced nature.

‍‍Walker-Webb: It’s a play for the TikTok generation. It changes every ten minutes to a different world. Instead of one narrative to go from beginning to middle to end, you meet new characters every ten minutes, with a different set every ten minutes, which is a wonderful thing for the audience to experience. It’s a horrible thing for a director because I had to figure out how to get all this shit off the stage and create a completely new situation every ten minutes [laughs]. But I think that people who are prone to scrolling on their phones and get bored really quickly, they’re going to really respond.

‍When I asked Daniels about social media, he didn’t share the same thoughts as Cooper and Walker-Webb. In fact, he pointed to Cooper, commenting that he is Gen-Z, once again spotlighting the playwright he is working to champion. From Daniels to Cooper, from Walker-Webb’s living room floor to the Belasco, Ain’t No Mo’ has found its spot on Broadway.‍

‍Ain’t No Mo’ will officially open on Broadway December 1. For more information and tickets, click here.