An Expert’s Take: The Brooklyn Cyclones Catch TAKE ME OUT 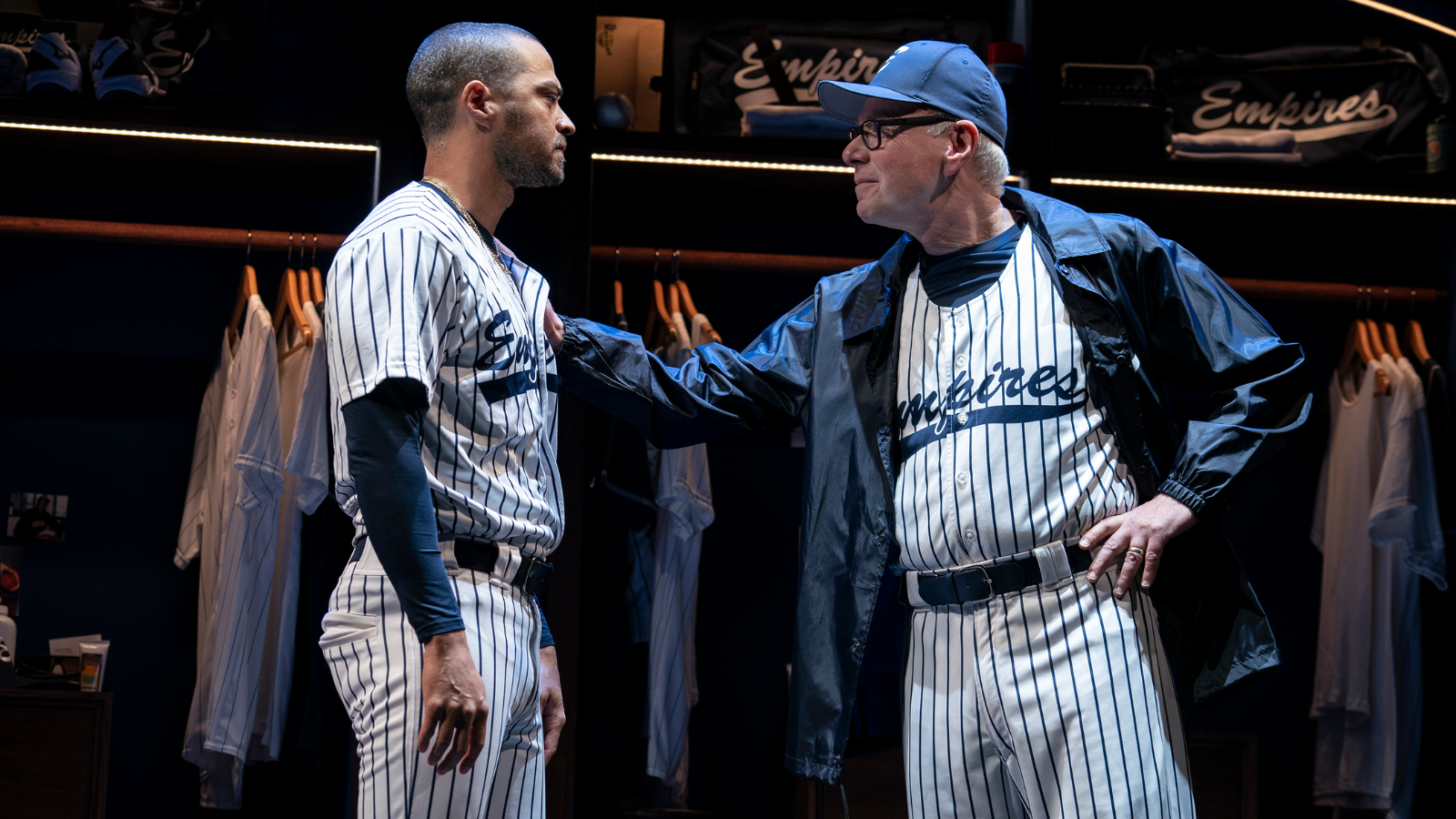 Jesse Williams and Ken Marks in Take Me Out | Photo: Joan Marcus

By
Jennifer Reilly and Kiana Steinauer
No items found.
on
Category:
Features

As a consummate New Yorker, ardent theatre goer, and a woman who has had an unconventional career in baseball, we were able to enjoy Take Me Out through several different lenses. The representation of baseball at Second Stage’s Helen Hayes Theater is very realistic regarding a modern-day baseball team.

The lighter moments in the performance celebrate friendship, unconditional support, and the love of a sport. Take Me Out introduces us to a character who has recently fallen in love with baseball, including its odd obsession with the number 9 and its derivatives (which makes sense given he’s an accountant), and helps the audience to break down the beauty of the game and its ability to suspend time. Mason Marzac (Jesse Tyler Ferguson) gains a friend in star athlete Darren Lemming (Jesse Williams) in so many ways. He even gains a nickname, Mars, making him feel a part of a world he had long felt uninvited to join. Ferguson gives a performance demonstrating the awe he experiences in his newfound love for baseball. His character’s soliloquy honoring the legacies of the game was poetic and felt familiar and thought provoking.

It was the tender moments of the play that struck us as unforgettable. The friendship between Darren Lemming and Kippy Sunderstrom, the latter played by Patrick J. Adams, felt sweet upon learning the news of his friend’s sexuality. Kippy even suggests that he and his wife could enjoy a newfound friendship with the unnamed man everyone assumed existed in this person’s life.

Elsewhere, homophobia, racism, and the oftentimes destructive ramifications of an undue importance on masculinity run through the threads of America’s favorite pastime in the play. Sometimes, the unveiling of the actual human emotions behind our heroes of the game disappoints us when we discover the humanity of star athletes, forcing us to look the other way when true barbarism seeps into the sacred spaces of the game. One of the saddest moments occurs when Lemming catches his GM using the past tense when he says “[I] loved him like a son.”

The shock value of seeing nine perfectly naked men in the shower—a salacious selling point, no doubt—chatting with one another offers a respectful and humble behind-the-scenes look at life as a baseball player. It’s hard to not consider how difficult a task it is to be so vulnerable and exposed as an actor, but one can see the value in portraying the authenticity of life in the locker room. It’s supposed to be a safe space, a community that promotes trust, friendship, and camaraderie, where men historically suspend competition and their sexual identity. In this particular story, the sexuality of one of the men—and in actuality, the homophobia/racism and elitism of others—plays into the innermost fears of the team.

Take Me Out, a reference to baseball and, to a lesser extent, a gay rite of passage, will stay with us, as will the flawed and endearing characters.