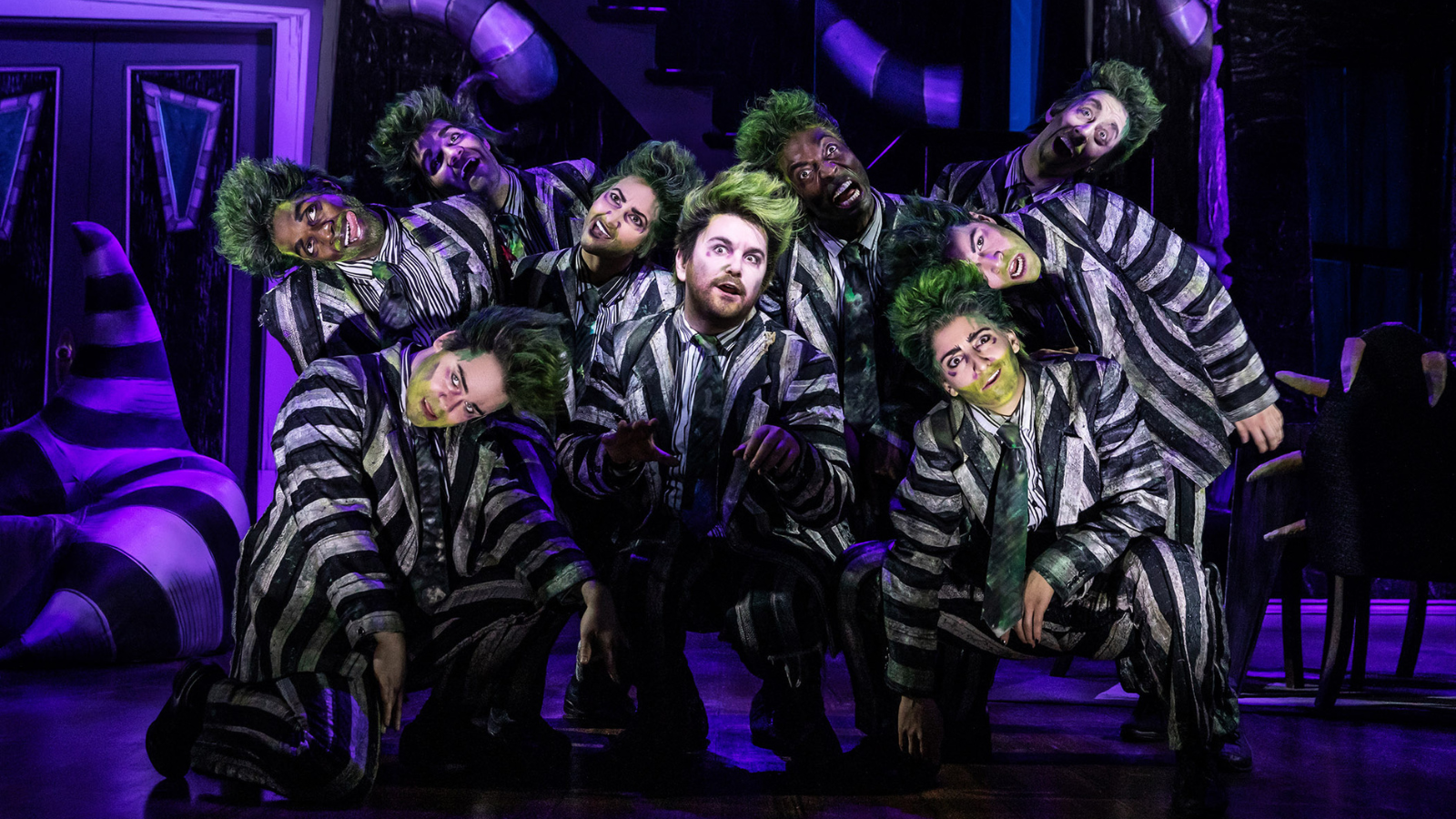 Alex Brightman and the company of Beetlejuice | Photo: Matthew Murphy

Broadway’s going to look a little less spooky next year. The Tony-nominated musical adaptation of Beetlejuice will close January 8, 2023, at the Marquis Theatre. Upon shuttering, it will have played a total of 679 Broadway performances, split between its current home and its original haunt, the Winter Garden (where it also played 27 previews).‍

The musical had a rather unconventional Broadway run, with word-of-mouth slowly building to a fever pitch thanks to theatre kids posting about the show on TikTok, YouTube, and other social media platforms. Seemingly at its apex, the coronavirus shutdown forced producers to close the show—but overwhelming demand from fans led to a return engagement.

Before it rides a sandworm into the sunset, Beetlejuice will celebrate its final Halloween on Broadway with a month of surprises, including weekly costume contests, swag giveaways, new TikTok videos, and more. Click here for more information.

Even if they can’t make it to NYC before closing, audiences will still get to see the trickster demon around America. The national tour of Beetlejuice launches this December in San Francisco, California, and will continue on to haunt 25 other cities across North America.

The musical, based on the Tim Burton film from Warner Bros., features a score by Eddie Perfect and a book by Scott Brown and Anthony King. The production is directed by Alex Timbers, with choreography by Connor Gallagher, set design by David Korins, costume design by William Ivey Long, lighting design by Kenneth Posner, sound design by Peter Hylenski, and projection design by Peter Nigrini. The original Broadway production earned eight Tony nominations, including Best Musical.