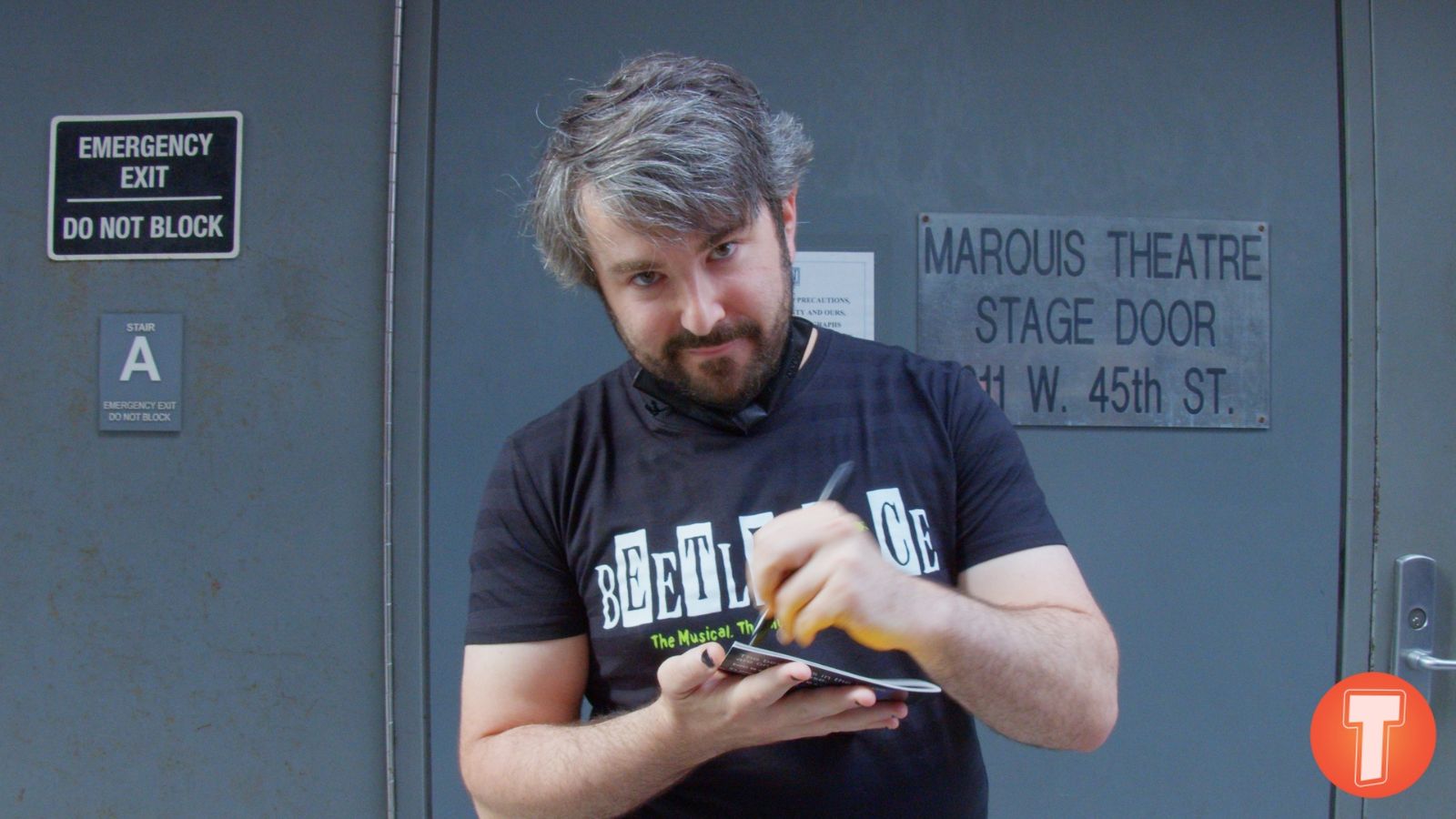 For this edition of the series, Theatrely rendezvoused with Beetlejuice: The Musical star Alex Brightman at the stage door of the Marquis Theatre, which is currently hosting the musical’s return Broadway engagement.

Brightman has performed on the Main Stem for over a decade with myriad credits to his name, including a two-year run as Boq in Wicked, replacement stints in Matilda and Big Fish, and a Tony-nominated turn originating the role of Dewey in School of Rock - The Musical. In 2019, he opened the new musical adaptation of Beetlejuice at the Winter Garden Theatre, earning a second Tony nod, before the show was forced to move theatres to make way for The Music Man.

Watch Alex’s Speed Round below to learn all about Beetlejuice’s backstage behaviors, his Broadway bests, and his beloved Bird & Branch bev!

The musical, based on the iconic Tim Burton film from Warner Bros., features a score by Eddie Perfect and a book by Scott Brown and Anthony King. The production is directed by Alex Timbers, with choreography by Connor Gallagher, set design by David Korins, costume design by William Ivey Long, lighting design by Kenneth Posner, sound design by Peter Hylenski, and projection design by Peter Nigrini. The original Broadway production earned eight Tony nominations, including Best Musical.