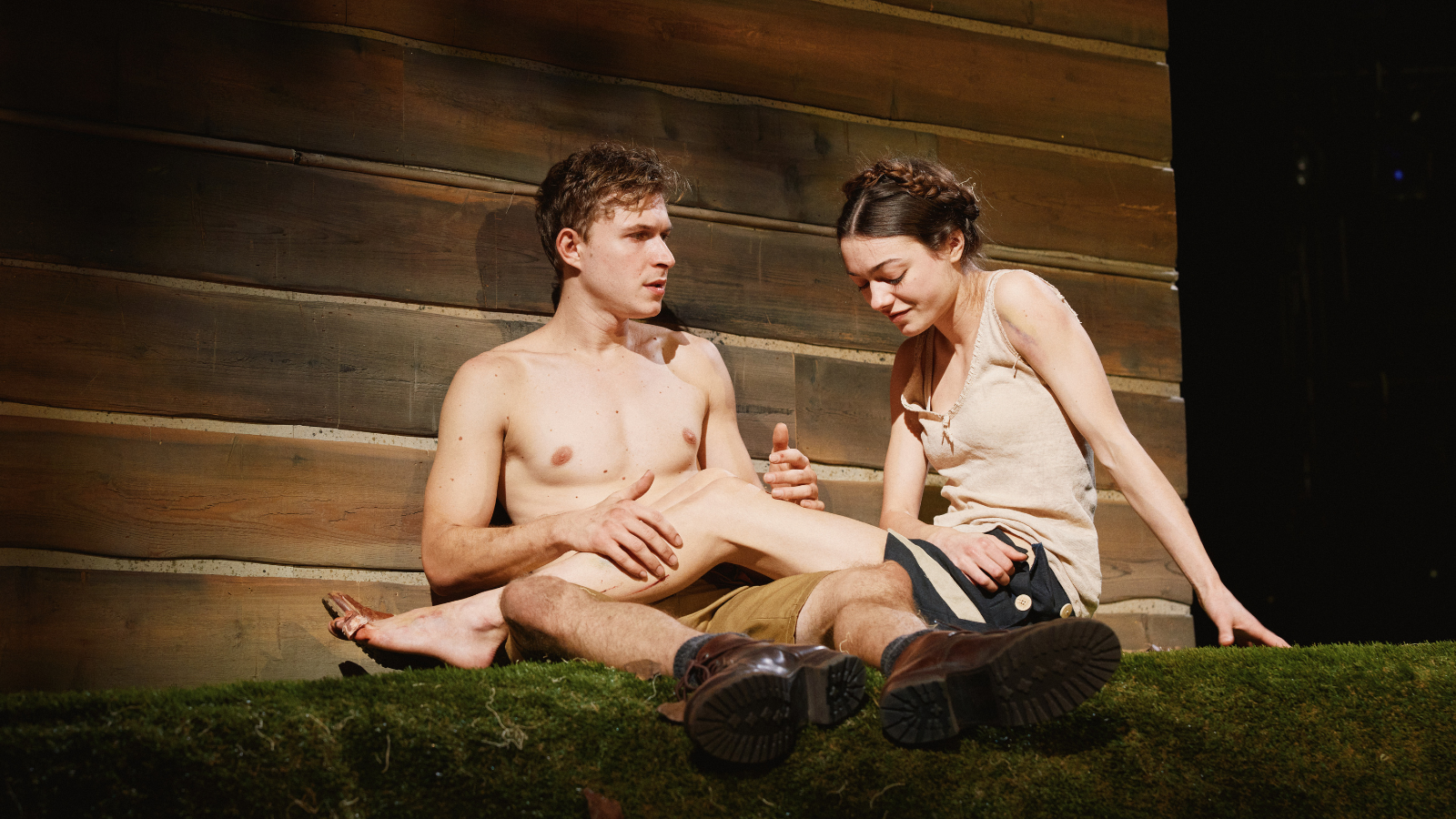 Bess Wohl is no stranger to exploring age. Make Believe focused on children, while Grand Horizons was all about a couple in their eighties; her latest play, Camp Siegfried, once again at Second Stage, zooms in adolescence, specifically the nebulous and intense teenage space of summer camp. The eponymous retreat, however, is no ordinary camp; it was a real German-American Bund camp on Long Island, ostensibly a Nazi youth camp, a place where German pride was celebrated and children were both indoctrinated and toughened up. The camp existed from 1936-1941 (the play is set firmly in the middle, summer of 1938), lending a form of realism to the horrors. With antisemitism on the rise, this play feels especially topical and needed, a reminder at just how people get radicalized.

‍Camp Siegfried is not Wohl’s strongest work, but she has set such a high bar for herself and her work is generally of such quality, that even something imperfect like this has a great deal to praise. The play is a two-hander, with a nameless boy and girl character (“He” played by Johnny Berchtold and “She” by Lily McInerny). He has been to the camp several times and his family is very into the German-American Bund; she is a first timer, and prior to this has been ashamed and quiet about her German heritage.

The camp is a place of heightened intensity, where things move quickly and are felt strongly, largely because it is a liminal but fleeting space. Wohl embraces this and adds structural parallels, pairing the duo's accelerated romance alongside the girl’s rapid fall into Nazism. As the play progresses, we watch as all these various elements, both sexual and political, hurdle together toward a terrifying conclusion.

Instead of following generic conventions Wohl frequently subverts expectations, goes deeper, and shows her skill as a playwright. As opposed to this being, for example, a story of a boy seducing a girl and gradually converting her to his political beliefs, Wohl has the pair’s relationship power hierarchy constantly shift. Just when you think he is the expert with the power, she seizes the reigns; though he might seem the bonafide Nazi sympathizer, it is she who ends up being chosen to give the big pro-Germany speech at camp; right when you assume, as he does, that she is a shy inexperienced wallflower, she reveals her sexual history.

Both characters have fully fleshed out backstories that help unlock their characters and provide depth to the play, taking us outside the intense camp environment. As with Make Believe, Wohl paint portraits full of parental neglect and abuse (both physical and sexual), leaving both characters in vulnerable states when they arrive at camp and find each other.

McInerny deftly journeys across a wide character arc, transforming from a shy, traumatized girl in need of love into a politically passionate woman. Berchtold has a spot-on cockiness masking an insecure core, and does well at capturing a specific brand of toxic masculinity. That said, his character, as we are constantly reminded, is the runt of his family, but Berchtold, quite muscular, certainly does not look the part. He seems to be miscast in terms of physique, which becomes a distraction and makes his performance feel less effective.

It is rare to see a scenic designer create a set that actively makes the directors job harder, which is exactly what Brett J. Banakis has done by making the entire stage a grassy hill with one narrow path, limiting the amount of playable, level space. But David Cromer loves a challenge, and loves keeping things small and tight. The beautiful set design, complete with atmospheric tree branches over the audience, is used by Cromer masterfully: the actors variously use levels along the hill, climb it, slide down it, carry things up and down the path, and even build an entire platform during one scene (physical labor is big part of the camp).

Direction, design, acting, and writing combine in a particularly well-done climax, in which the female character gives a fiery speech, in German, to a massive crowd, extolling the virtues of the camp of its necessary political mission, of German superiority, and the need to lock up Bolsheviks, communists, and Jews. Cromer has McInerny stand on the platform the pair constructed and deliver the speech, in a single spotlight, at a diagonal, not directly/fully facing the audience, a subtle but extremely effective choice.

Wohl is a masterful playwright, intricate and precise, a champion of “show don’t tell.” However, it is because my expectations of her work are so high that Camp Seigfried disappoints a bit. It’s an intriguing idea for a play and the characters are well developed, but it does not reach its true potential. The play almost has a feeling like a draft or a trial run. With some tweaks, some changes to the less-effective ten to fifteen percent of this play, it could be an extremely compelling piece.

Because she is such an exact writer, any time she missteps we notice. Although the play runs only 85 minutes with no intermission, it manages to drag a bit, with some long monologues, and some extended blackout scene transitions, caused by the logistical issue of the actors having to change costumes. The play could use some trimming, some speeding up, and most importantly, needs a bit more of a punch at the end.

Though it has issues still to be worked out, Camp Siegfried has a strong foundation, it just needs a bit more polish. It can still be a great play, and has some deeply trenchant moments that will stick with you. After the girl gives her terrifying Nazi speech, she seems traumatized, afraid of what she has become. She tells him, “I guess sometimes you can keep believing in something because it feels good. And then when you say it out loud it's all real and suddenly everything’s different.” A chilling indictment that rings true today and proves just how much we can learn from a play like this.