BOOK TO STAGE: Asher Muldoon on Crafting a Spooky Horror Musical Score for THE BUTCHER BOY 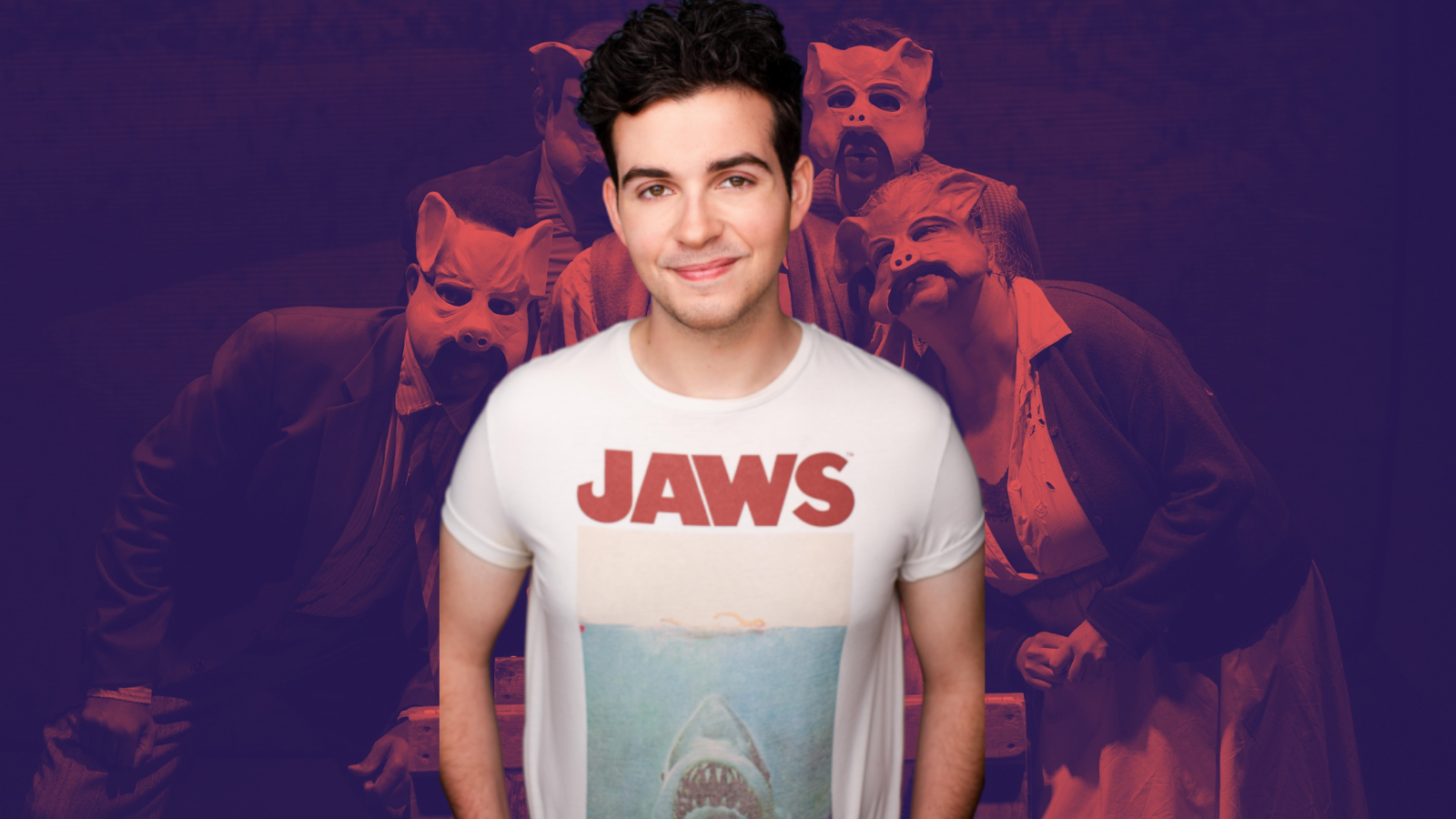 Horror theatre is a bit of an enigma. Most theatregoers like to enjoy themselves while taking in a Broadway play or musical, but it also holds that a jump scare and spooky atmosphere can make for a great night out. And yet, very little of the genre takes place on stage.

Enter Princeton undergrad Asher Muldoon, the composer-lyricist-book writer of The Butcher Boy, now playing at Irish Repertory Theatre. Currently studying English and Musical Theatre at the Ivy League university, the horror fan went out to add his own entry to the canon of scary theatrical works.

The story is definitely not for the faint of heart. The Butcher Boy, originally a novel by Patrick McCabe, follows Francie, a young Irish lad who enjoys escaping a tough homelife into the colorful world of TV and comic books. When his friend Joe Purcell moves away, he lays the blame at Mrs. Nugent and her son, Phillip. As things escalate, Francie begins to menace the outside world, but internally remains as happy as a pig in sh*t. (A reference to the inner monologue Francie shares with swine.)

Ahead of his first day of school in senior year, Theatrely sat down with Muldoon to talk about his love for the genre, what it’s like to write songs from a unique character perspective, his (very relatable) work ethic, and more.

‍Theatrely: How did you decide to tackle The Butcher Boy specifically and turn it into a musical?
Asher Muldoon: I read it in high school…I naturally gravitate towards stories that are scary and funny and ‘where do we find the line between those two’? [The book] is such a beautifully written novel. From the instant I started reading it, I thought ‘oh, there is something here that could be really interesting to play around with as a musical.’ It doesn’t lend itself to a traditional musical theatre story structure because [it’s usually] about the main character somehow getting better. This show is not; from the broadest possible view, it’s about a kid who starts out not great and then gets worse. I felt like it would be really interesting to see it as a musical, because from his perspective that is not the case. I always say that, for Francie, the end of the show is a happy ending because he gets everything that he wants. I thought that would be a really fun challenge to try and take the audience on that journey of following his brain as things around him get worse. If you’re living in Francie’s head, how does he see the world and how is he making you see the world? It leaves you to figure out how you feel about it.

‍Do you see him as an anti-hero or a villain?
AM: He’s just Francie! What I love about the book, and I’m not the first one to say this… is that the horror of the story comes from a question of when does he [stop] being a normal kid who has some mean and bullying tendencies but is still generally a good, happy kid? When does he become what we see as a monster? For him, really, there’s no change. He stays pretty much the same to himself. It is everything that changes around him; it’s all contextual.

‍How do you pick out the style of music that you’re going to be assigning to a song?
AM: I wish I could say that I had some super intense thought [process]. This is the first show that I wrote the score for. I really came at it from this more-than-instinctual way of thinking about it…what helps me feel better about that, as someone who is generally pretty structure and detail–oriented, is that Francie’s mind is such a rolodex of all of these different worlds and genres and characters that he could be playing at any given moment. So, I really just went stream of consciousness, asking ‘What does this moment sound like to Francie?’ And that’s how I worked through the whole thing. The music is tracing his thought process, if that makes sense. So, there’s moments when he’s a cowboy and there’s moments where he’s seeing Phillip. Phillip in his head is a very certain type of music versus when the pigs are talking to him.

‍Phillip’s song is almost a vaudeville-style number, but there’s a lot of variety in the show. How else do you describe the other songs?
AM: When we’re just in [Francie’s] world, it’s this Irish folk music, but it’s [still] musical theatre. I was raised listening to [that] music; those are what my touchstones are. My hope is that it doesn’t feel too *does a few bars of typical musical theatre riff*—not that I don’t like that. It’s just not right for this, especially because it’s such an intimate show. Like everyone else, I’m a huge Sondheim fan. Sweeney Todd is my favorite show ever. I think a lot of me was trying to follow motifs in that vein and make a few harmonic decisions very early on and build out all the music from there. It comes from that “Live Like This Forever” melody; this general Francie theme, which is four chords. I built out from there, [asking] ‘how can I make them all sound like somewhat different songs while still being in the same world?’

‍That sounds challenging for a musical theatre writer to write something dark for people to still enjoy. Is there anything that you learned in the process?
AM: I had to try and figure out when the audience is allowed to clap, which is not very much! [laughs] I mean, especially in the second act, there are no applause points, except for the end. I really wanted it to feel like we’re barreling through this year or two years or however long that second act takes. In the first act, there are a few more moments of release. Also a huge part of it for me was figuring out how to write a song on the go, as I was doing it. It was a lot of learning by doing, and there are things that I did for our reading four years ago that I look back on when I was editing for this production, thinking ‘Why the hell did I do that?’. I had not had to rewrite those things [until now]. I’m sure there will be things that I look back on in five years and think [the same thing] but that’s a problem for later.

‍That makes sense. Have you thought at all about what you would like to tackle next story-wise?
AM: I’m working on something right now… it’s a true story based on these murderers in Scotland in the 1820’s named Burke and Hare, who were notable for murdering people to sell their bodies to the medical schools in Edinburgh because the medical schools didn’t have enough cadavers to teach the medical students how to do anatomy. So there’s a fun, ethical, moral dilemma. Is this good? Is this bad? That’s the type of stuff I like. I’m trying to make [this] more of a comedy than The Butcher Boy was. I mean, obviously, there’s a lot of humor in that, but I want a real, true farce. That’s what I’m going for now because it’s more fun. After that, I’m really going to try and do something that doesn’t involve death or murder in any way. [laughs] But, sometimes you can’t escape it; that’s just sort of the thing that interests me storywise.

‍Do you know what your thesis will be yet?
AM: I think I’m going to do something in the drama world, probably about horror and theatre. There’s not enough scary theatre out there…you’d think it would be a no-brainer because you’re trapped in the room with the people! I’m already working on my musical theatre thesis right now, which is going to be like a one-man show that I’m writing and performing in— a ghost story musical. I’m taking a Shakespeare class, a Martin McDonagh class, and my obligatory one lab course that I have to take before I graduate. After that, in my spring semester, I’m just going to be writing, writing, writing, writing. That’s my goal.

For more information about The Butcher Boy, click here.