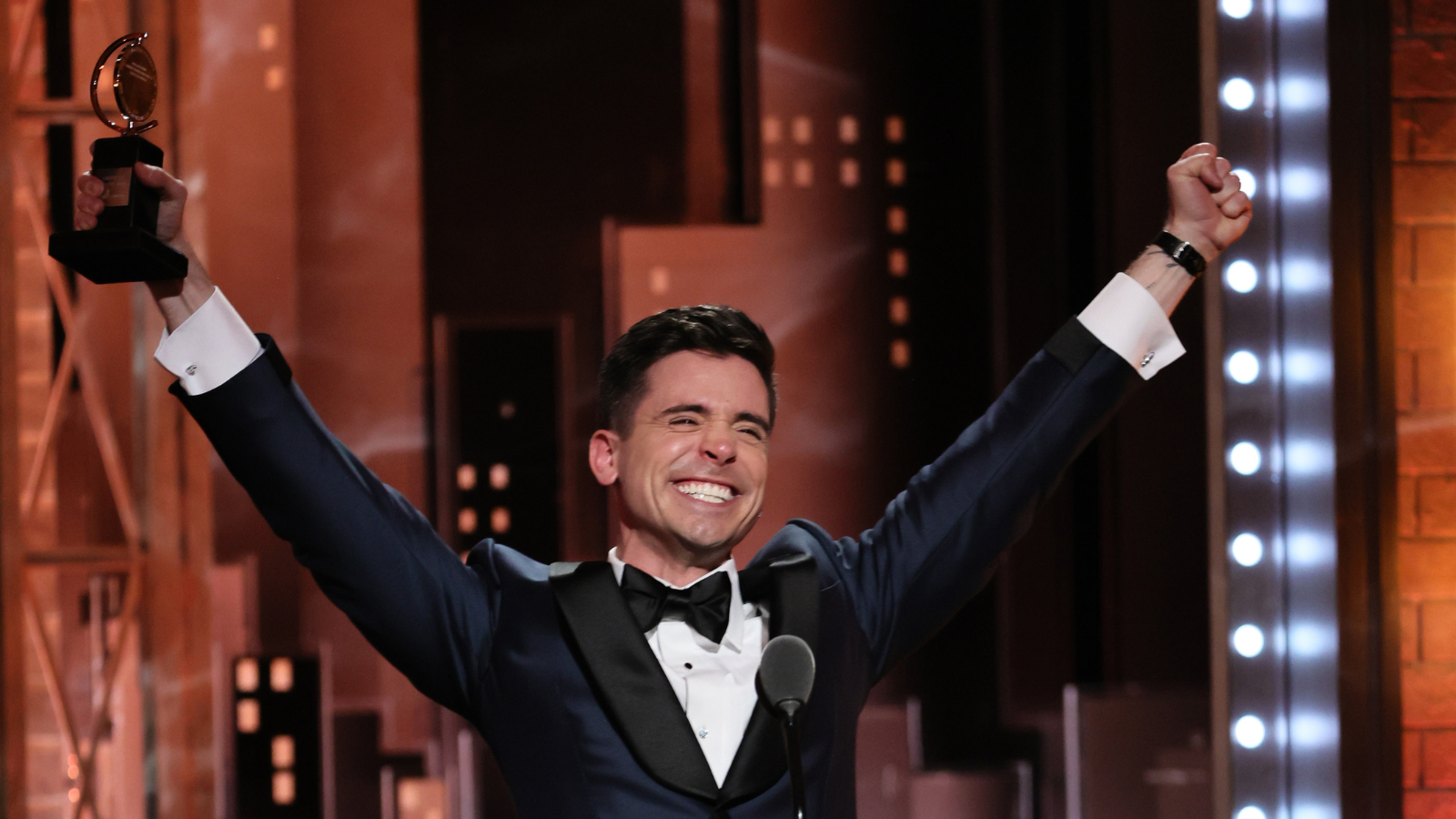 “Pardon me, is everybody there?”...to celebrate! Matt Doyle has won the Tony Award for Best Performance by an Actor in a Featured Role in a Musical for his incredible performance as Jamie in Marianne Elliott’s revival of Company.

The celebrated actor was crowned the winner June 12 at the 2022 Tony Awards on the stage of Radio City Music Hall. Doyle beat out a star-studded category that included Sidney DuPont and A.J. Shively for Paradise Square, John-Andrew Morrison for A Strange Loop, and Jared Grimes for Funny Girl.

Doyle made his Broadway debut in Spring Awakening as a replacement Melchoir in 2008. He followed it up with performances in Bye Bye Birdie, The Book of Mormon, and War Horse. Off-Broadway, the performer played Anthony in the Barrow Street production of Sweeney Todd, another beloved Sondheim musical. In addition to two 2 EPs, he has a full-length album titled Uncontrolled.