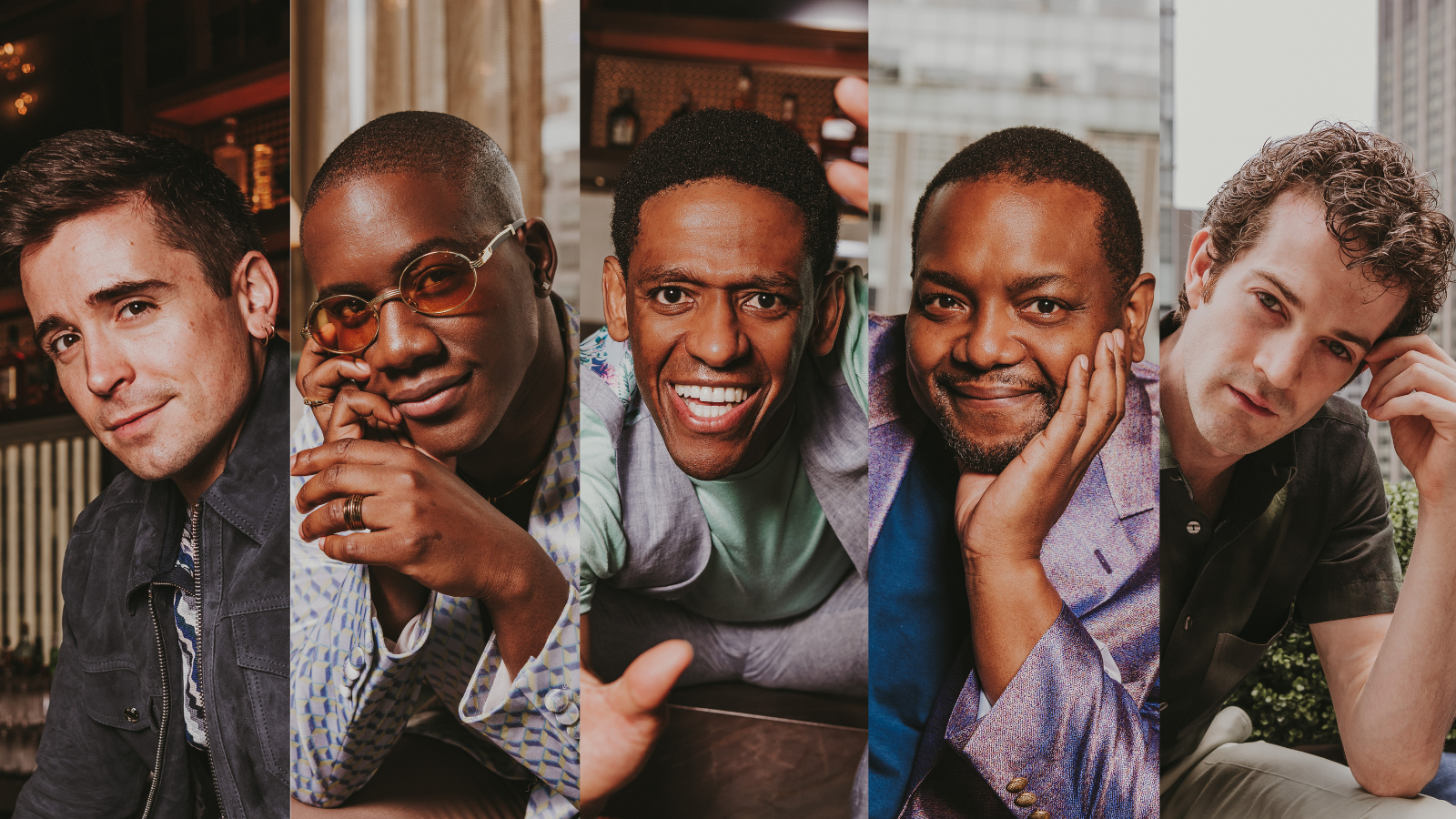 The 2022 Tony Nominees for Featured Actor in a Musical | Photo: Michaelah Reynolds/Theatrely

The nominees for Best Performance by a Featured Actor in a musical are dressed to impress on top of the Hard Rock Hotel in NYC. A little more than a week away from Broadway’s Biggest Night, Theatrely invited all five stars to take part in a photo shoot celebrating the whirlwind that was the 2021-2022 season.

While they got their glam on at the beautiful Hard Rock Hotel New York, curated by stylist Jake Sokoloff, we asked them how they were feeling ahead of the Tony Awards. Check out more photos on Theatrely’s Instagram, shot by Michaelah Reynolds.

“This has been the craziest experience ever…I feel that kind of excitement and pressure every single day to make sure that I do it right and enjoy it and take everything in.” - Matt Doyle, Company

“Honestly, I think sitting in that audience is just going to feel so wild... I've always wanted to go and feel that excitement of every single show being in the same space, at the same time.” - Sidney DuPont, Paradise Square

“I'm excited for every step, every step forward—that's what gets me going every day. And whatever is in the path of that stuff? I look to learn from it and I look to get better from it.” - Jared Grimes, Funny Girl

“I'm excited just to show up and try to be as present as possible. Whatever happens, happens. Be grateful for all of it.” - John-Andrew Morrison, A Strange Loop

“There's a bit of nervous anticipation for what it's going to be like to be performing and nominated. It's going to be a lot of running around, but I'm really excited.” - A.J. Shively, Paradise Square