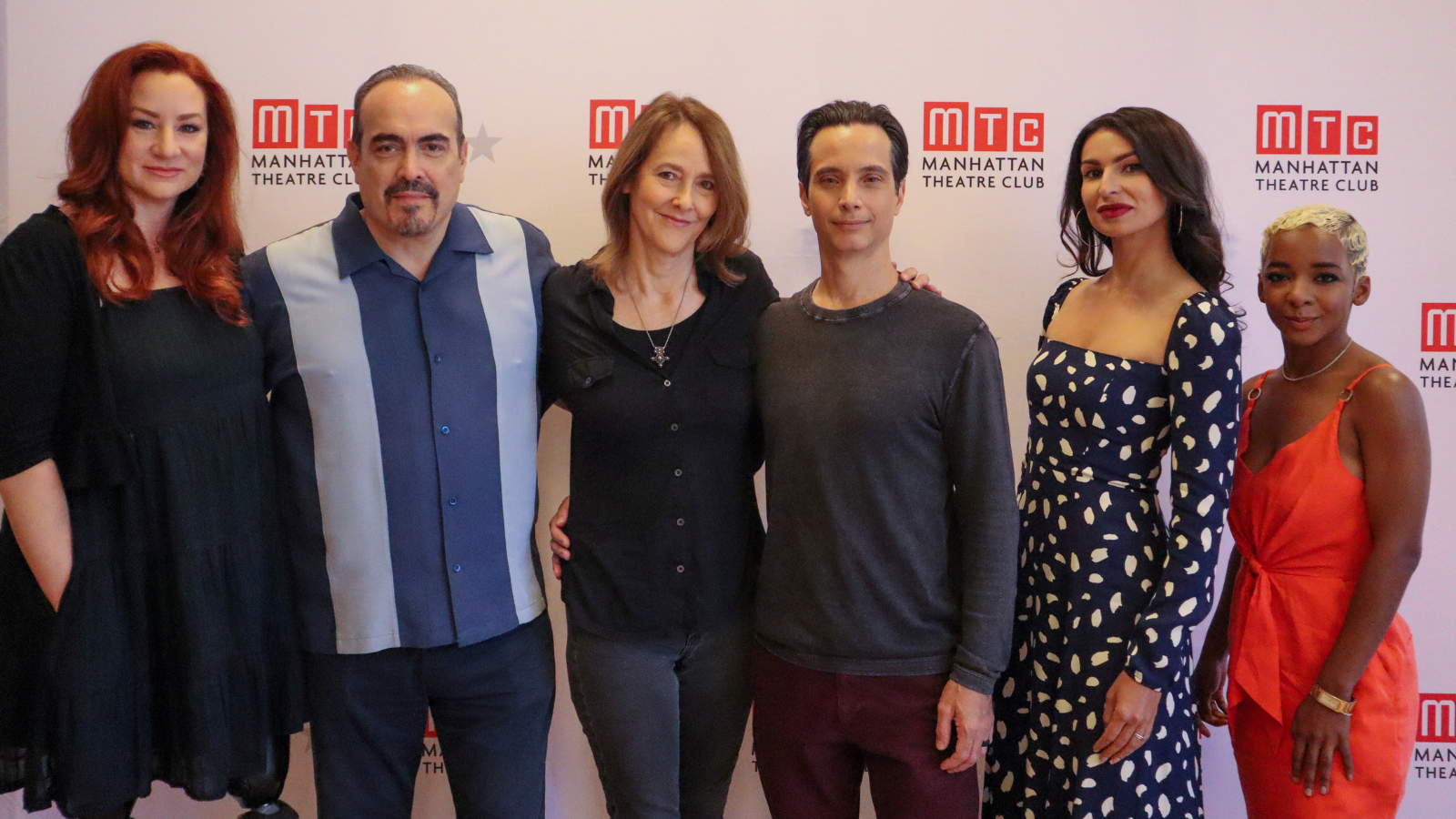 Sitting in a NYC Times Square rehearsal studio, the cast and creative team for the Broadway premiere of Martyna Majok’s Cost of Living is buzzing about. As they stand for a group photo, the room goes silent, the press paying reverence to the people putting in long days and infinite talent into this Pulitzer Prize–winning play. It’s a tense mood, the weight of this work hanging heavy in the air.

“It’s so quiet…should we put on some music?!,” someone says, lightening the vibe and setting a brand new tone for the day. Majok is the leader of this fun atmosphere, who later tells me that she celebrated her Pulitzer win by getting “shitfaced” and probably did the same when she found out her play was coming to Broadway. “I feel pretty fucking awesome,” says Majok of her debut on the Main Stem.

The plot for Cost of Living is a bit less party-centric than its playwright, but no less interesting. It follows two relationships—a trucker named Eddie and his quadriplegic ex-wife, Ani; and a young man with cerebral palsy named John and his caretaker, Jess—with Majok exploring the need for human connection, loneliness, physical ability, and more.

“I tell [people] that it's about… how meaningful it is to care for other people and be cared about, to be seen and to see other people, and how that is essential to survival, for the human spirit as well as for literally the human body, in some cases.” If that’s too weighty for you, try this: “It’s sexy and funny and a little ghost-y, too.”

Majok began writing the play after the death of someone very close to her. “I was in that space of grieving where you're seeking magic... I desperately wanted to see his ghost.” With that framework, the cast—Gregg Mozgala as John, Katy Sullivan as Ani, 2022 Tony nominee Kara Young as Jess, and David Zayas as Eddie—are hard at work making sure they honor Majok’s words.

For Mozgala and Sullivan, the performers know their characters extremely well, as they are reprising their roles as John and Ani, respectively, from the 2016 Williamstown Theatre Festival and 2017 Off-Broadway stagings. “It's like visiting an old friend,” says Mozgala. “What’s so great is, this time around, really trying to discover something new about him every single time.” Sullivan says she connects with Ani on a personal level beyond just the craft. “She’s very witty and she’s very quick with sarcasm…that is just so much fun and so juicy.”

Thinking about her character, Jess, Young said “I feel like when your whole life is occupied by doing something that you feel like you have to do in order to survive... you miss out on a lot of your own happiness.” Thankfully, that’s not the case for Young, who most recently starred in Clyde’s on Broadway, written by another Pulitzer Prize winner: Lynn Nottage.

Meanwhile, Zayas is exploring Eddie and is thankful for the role. “[He’s] ultimately seeking redemption and seeking love and seeking need and maintaining his integrity. It's just a beautiful opportunity to just explore a character that you don't really see much on a Broadway stage.”

As Zayas points out, Cost of Living brings a lot of firsts and rarely-seens to Broadway—but it’s also a play that’s easy to connect with. “[It] has so much heart and humor.. and so much universality,” says director Jo Bonney. “Even though the characters are very specific in their time and place, in being so specific, they are very universal.”

Especially given the recent need for care and connection, due to the COVID-19 pandemic, Cost of Living has taken on a special kind of thematic resonance. It’s about getting your human needs met, says Sullivan. “Everybody needs something and someone.”

To sum up: “It'll break your heart and put you back together again, all within the span of 90 minutes,” adds Mogzala.