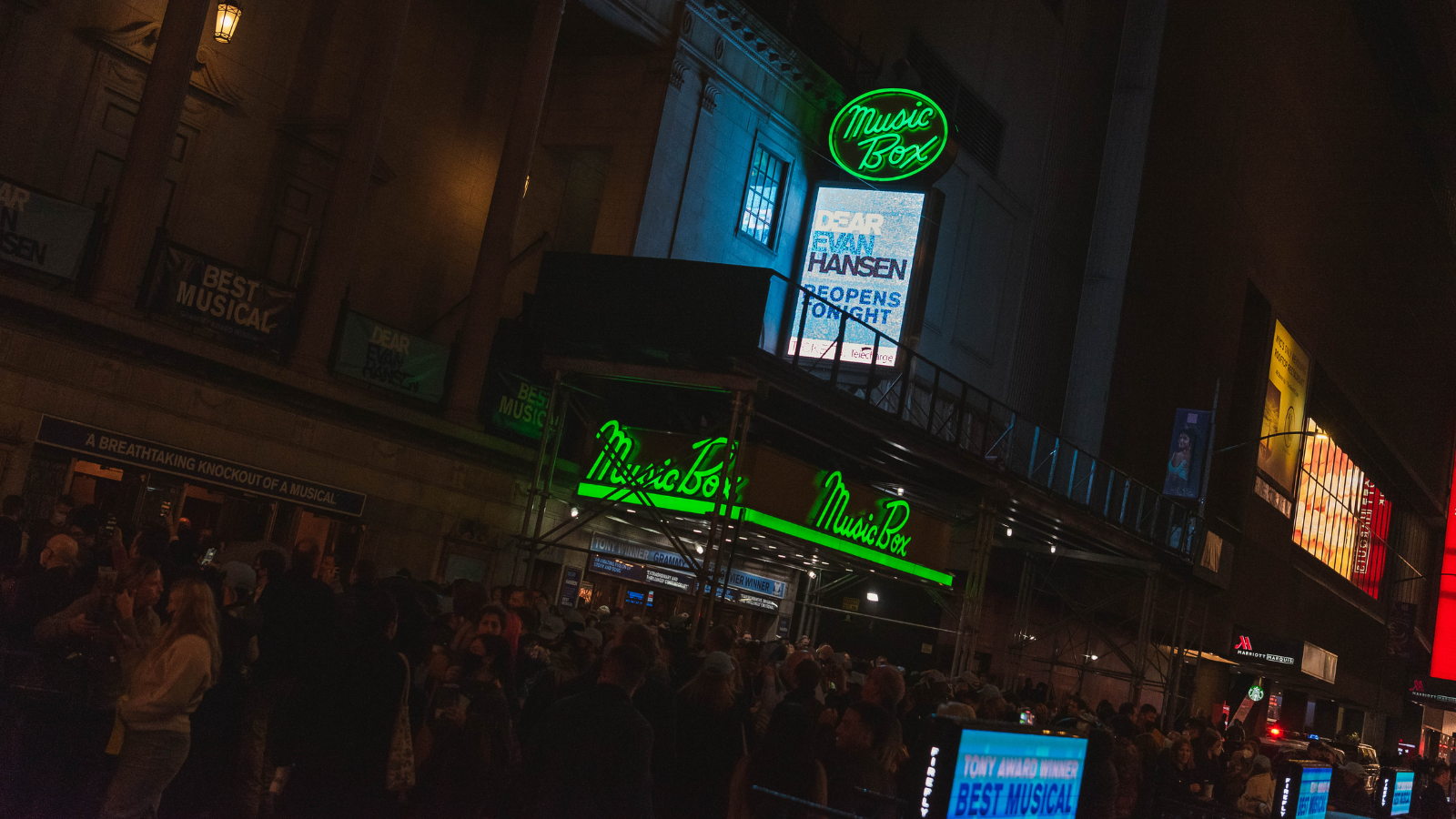 Evan will wave through the window one last time on Broadway later this year. The Tony-winning musical Dear Evan Hansen will play its final performance September 18, nearly six years after opening on the Main Stem. Upon closing, it will have played 1,678 regular performances and 21 preview performances, making it one of the 50 longest-running Broadway shows in history.

The musical features a book by Steven Levenson, a score by Benj Pasek and Justin Paul, and direction by Michael Greif. After opening December 4, 2016, at the Music Box Theatre, Dear Evan Hansen broke multiple box office records at the Music Box Theatre and recouped its investment in less than 9 months. It won 6 Tony Awards in 2017, including Best Musical, Original Score, and Book. Stars Ben Platt and Rachel Bay Jones also took home trophies for their performances.

“From our earliest reading of Dear Evan Hansen in 2011, there have been two great joys that stand out above all the others (and there are many),” says producer Stacey Mindich. “One is the sweeping and soaring show itself, which never fails to make me think, cry, laugh, and try to be a better mother and person. The other is watching the profound change in the audience from when they walk into the theater to when they leave. I feel grateful to have been part of bringing Pasek, Paul, Levenson, and Greif’s original musical to life—which has captured the hearts of so many, impacted millions of audience members across the globe, and literally changed lives with its with its breathtaking score and its vital and universal message.”

‍Dear Evan Hansen reached a pop cultural zeitgeist upon opening. It made Platt a bonafide star and destigmatized frank discussions about mental health, particularly among teens. Among the philanthropic developments, it inspired an essay-writing college scholarship challenge and raised millions of dollars for charities like Broadway Cares. Evan’s blue polo and arm cast are part of the permanent collection of the Smithsonian National Museum of American History.

Following Piser’s run as Evan, Stephen Christopher Anthony, who currently plays the lead role on the North American tour, will join the Broadway company as Evan Hansen for a limited engagement beginning August 9. Sam Primack, who made his Broadway debut as an Evan cover, will take over the role from Anthony, beginning in September 6 through the end of the run. In addition, Stranger Things star Gaten Matarazzo will join the company July 19 as Jared Kleinman, alongside returning cast members Ann Sanders as Cynthia Murphy, Noah Kieserman as Connor Murphy, and Ciara Alyse Harris as Alana Beck.