Dream Casting the 2022 Tony Awards: Who Should Host? 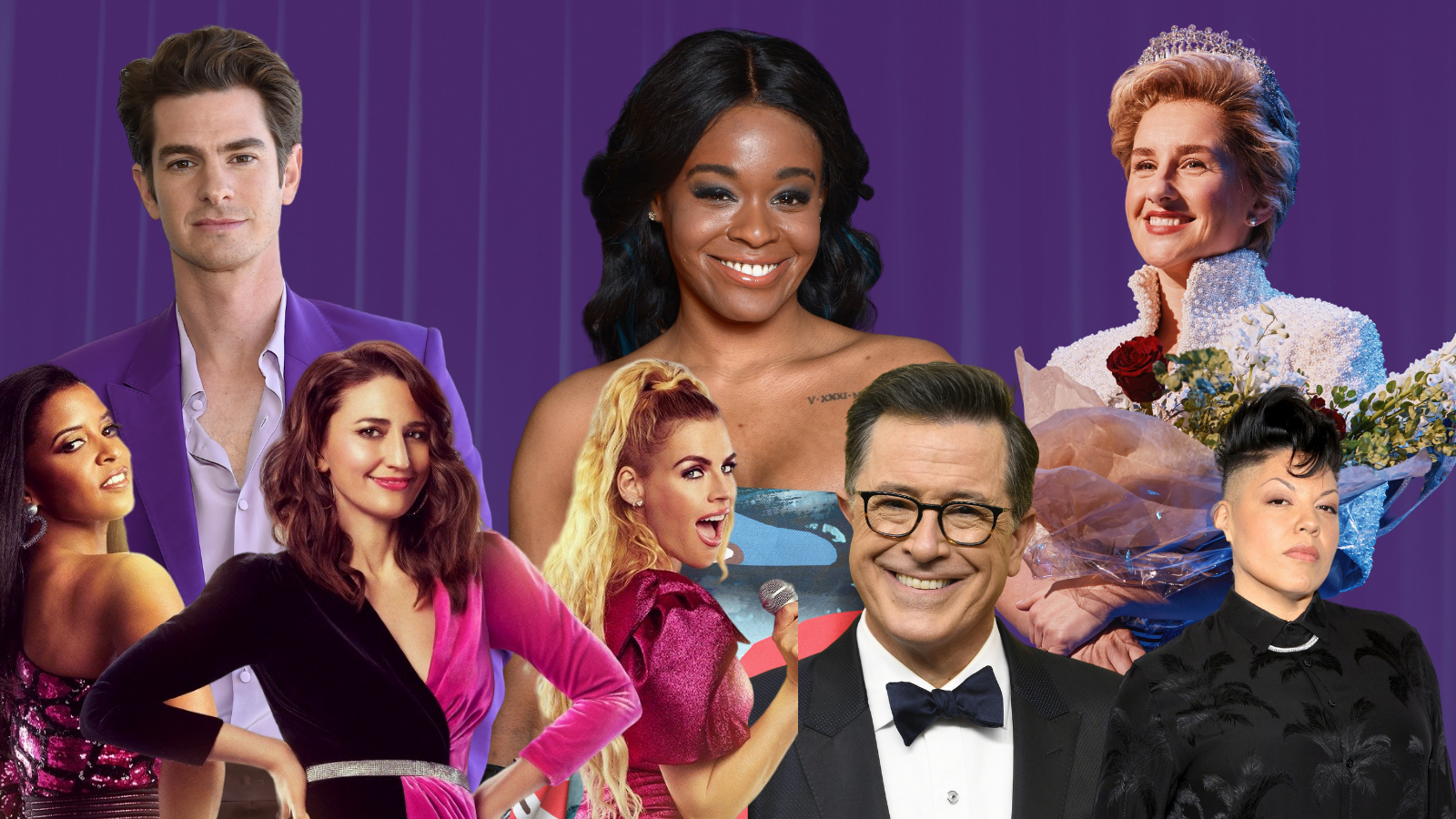 Now that we know the 75th annual Tony Awards will take place June 12 at Radio City Music Hall, it’s time to talk hosts. What defines the perfect emcee varies from theatre fan to musical genius but one thing is for sure: they need to have a presence as big as a Broadway stage itself.

Andrew Garfield
Simultaneously the most reasonable and unreasonable choice, it’s theatre darling Andrew Garfield. Starring in three feature films released in 2021, including the much loved Tick, Tick… Boom!, it’s about time Garfield returned to the theatre. Most recently seen in 2018’s Angels in America revival, and before that in 2012’s Death of a Salesman, I feel that Garfield has enough theatre sensibilities to know what he’s talking about, yet enough objectivity to steer the ceremony as our potential host. This could be a great publicity move as well! Followers of gossip Instagram account Deux Moi know that Garfield’s name has been tied to Daniel Radcliffe + Merrily for months (seriously, who is sending the theatre gossip to Deux Moi?). This is the life bo-bo, bo-bo-bo, and all that—let’s bring Andrew Garfield back to Broadway 2k22. - Amanda Miller

Azealia Banks
Many forget that Azealia, like Liza and Eartha Kitt before her, is a LaGuardia alum. She did some musical theatre before popping all the way off with “212” and, as anyone who saw her mini concert residency at Webster Hall last year will tell you, can put on a show. Even if you haven’t seen her live (fix that, though), the woman is constantly giving theatre—through her social media callouts (99% of which are correct, by the way), her looks, her four-on-the-floor bops. Give her a mic, a spotlight, and access to the censorship booth (so she can shut it down), and you’ll have the most explosive awards ceremony of the year. You want someone to call out industry racism? Azealia. You want someone to openly shade an undeserving winner? Azealia. You want cleverly titled intimate soap bars in your gift bags? Azealia. You want someone to give you live vocals? Azealia. Let’s put some Antoinette Perry respect on her name. - Juan A. Ramirez

The Cast of Girls5Eva
‍Look, I know this will never happen since the comedy is an NBC property (The Tonys are on CBS), but a guy can dream. Just imagine the quartet of Hamilton Tony winner Renée Elise Goldsberry, Waitress creator Sara Bareilles, Busy Phillips, and Paula Pell (plus cameos by Tony nominee Ashley Park and Mean Girls star Erika Henningsen, who appear in show flashbacks) singing a capella riffs on shows like Funny Girl, The Music Man, and A Strange Loop. Plus, I have no doubt they’ll have a Diana, The Musical drinking game at the ready. And you better believe the hosts would get Patti LuPone to do The Splingee. - Dan Meyer

Sara Ramírez
The Tonys called, bitches! It would be an absolute dream if Tony Award winner Sara Ramírez hosted this year. Ramírez is top of mind for many after their iconic And Just Like That… role as homewrecker/concert comedian/podcast host. Say what you want about Che Diaz, but Ramírez has shown their chops on Broadway stages for years. Now is an excellent time to revisit their Tony-award-winning performance as the Lady of the Lake where they belt and chew on every set piece imaginable. Lest we also forget their incredible performance in the infamous musical Grey’s Anatomy episode. Listen, if the Tonys aren’t in the cards this year, I am praying that they get even more screen time and at least 5 songs in the (not announced yet—sad) And Just Like That… season two. - Nolan Boggess

Stephen Colbert
There is truly no greater host I can think of than CBS main man Stephen Colbert. A true champion of the arts and Broadway, Colbert’s showmanship always shines through no matter what program he’s on, whether his own show or the Tonys itself. He is immensely dedicated to the craft and, coming to work everyday at the Ed Sullivan Theatre, he is already deep in the know of the goings on… unlike some other past hosts we’ve had **cough** **cough**. With his love of comedy, music, and theatre, let’s get this man on that stage at Radio City this June. - Kobi Kassal

The Cast of Diana the Musical
‍If everyone’s planning a Diana the Musical drinking game, we might as well invite their cast to host! Back when Omicron surged and shows were canceled left and right, the spirit of Diana the Musical shined through the darkness, captured best by a very niche corner of Twitter fans who recorded voice memo bootlegs and pocketed Times Square trash can posters of Jeanna de Waal. The next logical step, obviously, is to put this chaos on network television! While I’d love to invite the entire ensemble, I know the sleek quartet of de Waal, Roe Hartrampf, Erin Davie, and two-time Tony Award winner Judy Kaye would bring a great rotation of sincerity and chronically-online takes— you decide who’s who there. The musical may have closed back in December, but the stars continue to capture our hearts (and receive the most nominations for the 42nd Golden Raspberry Awards). So let the flashbulbs fill the air once more with Diana the Musical, the Hosts of the Tonys. - Amanda Miller