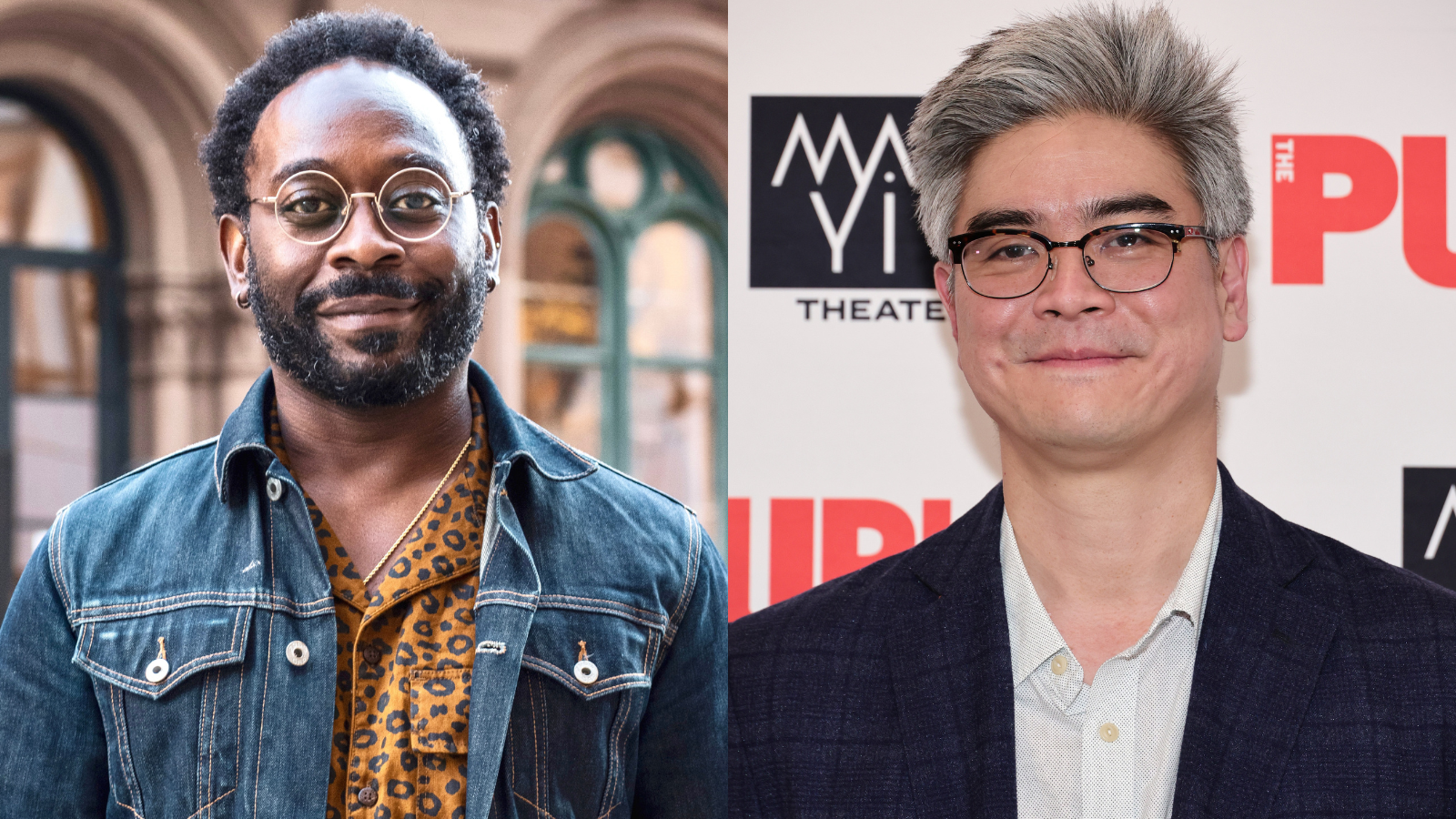 Two of the American theatre’s hottest writers are being honored for their incredible work. James Ijames and Lloyd Suh have been named recipients of the 2022 Steinberg Playwright Awards. The “Mimi”s, which includes a $100,000 prize, are presented annually to playwrights in early and middle stages of their careers for their distinct and compelling voices in works that exhibit talent and artistic excellence.

Both writers were recently seen at The Public Theater in 2022. Ijames’ Fat Ham won this year’s Pulitzer Prize for Drama and will open on Broadway next spring at the American Airlines Theatre. “Awards like [this] give writers freedoms and options! I’m thankful for this award and humbled to be joining such an amazing roster of past recipients,” Ijames said. His other works include ...Miz Martha, WHITE, and Kill Move Paradise.

Suh’s The Chinese Lady has become one of the top regionally produced plays in the U.S. while another of his works, The Far Country, is currently playing at Atlantic Theater Company. His new play The Heart Sellers will premiere at Milwaukee Repertory Theatre in February 2023. “Over the past few years, of course, it’s been uncommonly difficult to make theater; so many industries have been hit particularly hard, and ours is certainly one of them,” said Suh. “An award of this size is life-changing. It provides essential, unprecedented support, and I hope to prove myself worthy of such an incredible honor.”

In 2020, the awards were temporarily restructured to reach a greater number of writers, given the impact of the pandemic on playwrights throughout the industry. This year, the Mimis return closer to the origins of the award by honoring two playwrights with an increased monetary prize in acknowledgment of the tough times facing artists as they come out of the pandemic. The Harold and Mimi Steinberg Charitable Trust, which organizes the prize, also expanded the eligibility parameters to ensure that any artist whose career progressed during the pandemic still has the opportunity to be recognized for the 2022 award.

“James Ijames and Lloyd Suh are visionary storytellers and chroniclers of the American experience,” said advisory committee member Sarah Lunnie. “Their plays match formal adventure with deep humanity, reflecting indelible histories and proposing new futures. Their contributions to the theater are enormous—we’re so lucky to be in their audience.”

“[They] craft worlds that are deeply intellectual, yet carry the pulse of the everyman, the spirit of a liberator, the voice of a poet, and the imagination of a prophet,” adds fellow advisory committee member Hana Sharif. “Their work excavates our cultural, historical, and psychological legacies, ultimately offering us access to the greatest expression of our full humanity.