& JULIET Is All Fun — Review 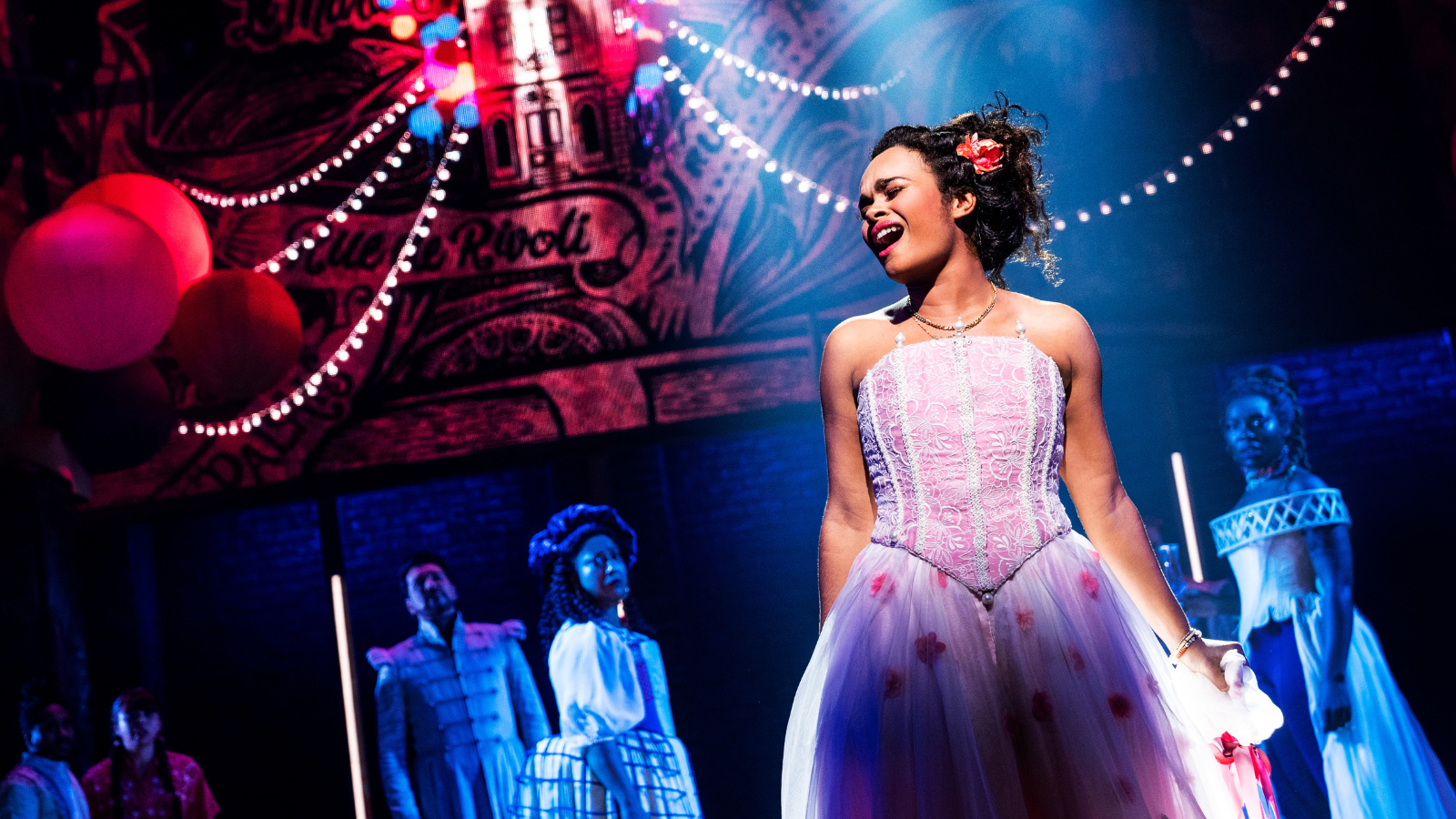 Max Martin’s music is unstoppable. An entire page in & Juliet’s Playbill—a jukebox musical assembled from the Swedish producer’s catalogue, opening on Broadway tonight following a buzzy UK premiere—lists his dozens of Hot 100 hits; to include them all in a single show would likely average a five hour runtime. That same bit of clever historical promo also calls him, “basically the Shakespeare of pop music.” Whether that’s true, or maybe rather, in which way it might be true, is a question for another time, but the two men have masterminded our contemporary lexicon with hits as pervasive and influential as “Hamlet” and “Oops!...I Did It Again.”

I’ll admit to a slight hesitation towards its premise, which carries a glossy girlbossery and the sell-out vacuousness of most recent London musicals (what is going on over there?), just as easily as I’ll cave to having been won over by its in-your-face enchantment. All this, on the condition we agree it is a show for children and the very drunk at heart.

From the start, the production feels like an overproduced theme park diversion, with ensemble members quirkily interacting with the audience and, Shakespeare-style, the fourth wall constantly broken by its storytellers. “Everybody’s so gay, kind of!” my date remarked. It’s true, a certain they/themification runs through the exceptionally diverse cast, clad in Paloma Young’s strange, hard to pin down costumes. In David West Read’s book, we meet the man himself (a winning Stark Sands) as he prepares for the premiere of his star-crossed tragedy, and his wife Anne (Betsy Wolfe, carrying), who is just happy to be out of the house.

She takes issue with Juliet’s decision to off herself upon finding her lover dead, and convinces Will to let her rewrite the ending. “Female empowerment, sick!” an ensemble member cheers earnestly. So the titular heroine (a ferociously voiced Lorna Courtney), her NBBF—that’s Non-Binary Best Friend, you’re welcome—May (Justin David Sullivan) and her nurse (Melanie La Barrie, very funny) leave Verona for the glamour of Paris. Anne can’t resist the girls’ night out, so inserts herself into the narrative as April. It’s a clever setup, drawing on the production’s Paris presents perhaps its major aesthetic conundrum and, if we agree on this being a show for the pre- and barely pubescent, is a disappointment. Though the story is set during the Renaissance, Soutra Gilmour’s set desperately insists on recreating our romanticized turn of the century City of Lights, complete with Art Nouveau Métro signs, ferris wheels, the Eiffel Tower and Moulin Rouge.

This includes the nightclub at which the gang meets the adorable, angsty François (Philippe Arroyo, charming), the son of wealthy party-thrower Lance (Paulo Szot, appropriately bombastic). Soon enough, romances arise, relationships are dismantled, and no one ends up where they started. Especially not Romeo (Ben Jackson Walker, twink excellence), who the Bard revives to spite his wife.

The score, a mix of Kesha, the Backstreet Boys, Ariana Grande and P!nk, is mostly excellent in that unassailable Max Martin way. Four of its highlights though, are the Britney Spears numbers, which demonstrate why the two were a match made in heaven (Natasha Lasky’s recent book on Blackout is a good companion here). Especially in Courtney’s jaw-dropping rendition of “...Baby One More Time,” we are reminded of how, as with the Swedish mad-music-scientists behind ABBA, pop music can be a spectacle; high drama made to be experienced by firing through all performative cylinders.

It’s disappointing Courtney is left to her own vocal devices, considering the nothingness of her role. She is made a vessel for nothing but empowerment anthems, half of which ring hollow because of plot machinations of which she’s unaware, but which we know will soon undo her. Still, her and the insanely convicted Wolfe put the show on their able backs, leaning into the musical’s preposterousness with gumption, pipes, and a knowing wink.

This is a silly show, and one which often drowns itself in nonsensical wokeness: Juliet is aged up; the book almost picks a fight with the idea of gendered bathrooms in the Renaissance. But it’s one which alchemically (accidentally?) the down-to-earth interactions of Shakespearean comedy with the irrefutable bangers of Max Martin’s discography. We love to have fun!

‍& Juliet is in performance at the Stephen Sondheim Theatre on West 43rd Street in New York City. For tickets and more information, visit here.