MERRILY WE ROLL ALONG Will Transfer to Broadway With Main Cast 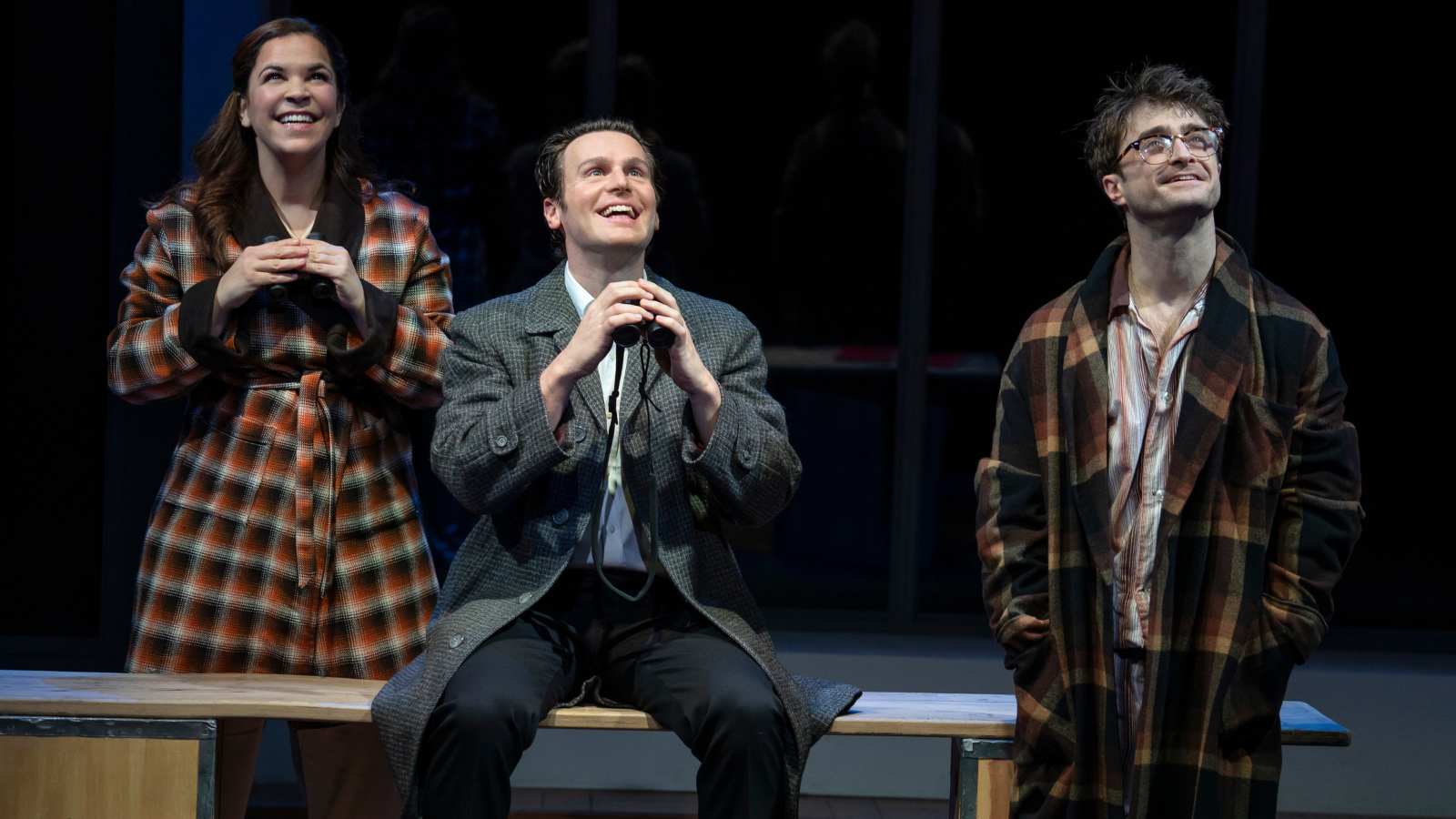 Looks like they made it, old friends! The New York Theatre Workshop production of Merrily We Roll Along will transfer to Broadway in Fall 2023 with the leading cast intact. Jonathan Groff will star as Franklin, with Lindsay Mendez as Mary, Daniel Radcliffe as Charley, Krystal Joy Brown as Gussie Carnegie, Katie Rose Clarke as Beth Shepard, and Reg Rogers as Joe Josephson.

Directed by Maria Friedman, the Broadway production will have choreography by Tim Jackson and orchestrations by Jonathan Tunick. Dates, theater, and additional casting and creative team members will be announced later. To receive the latest information, including early access to tickets, visit MerrilyOnBroadway.com.

The Off-Broadway staging is currently slated to play through January 23, 2023. While tickets for the show are already a hot item, NYTW has partnered with TodayTix for its CHEAPTIX program to offer a $25 lottery ticket deal at each performance.

Featuring a score by Stephen Sondheim, a book by George Furth, and based on the original play by George S. Kaufman and Moss Hart, Merrily We Roll Along spans three decades in the entertainment business and is told in reverse chronological order. The musical follows the turbulent relationship between composer Franklin Shepard and his two lifelong friends: writer Mary and lyricist-playwright Charley.

Merrily We Roll Along is presented by special arrangement with Sonia Friedman Productions, the Menier Chocolate Factory, and Patrick Catullo.