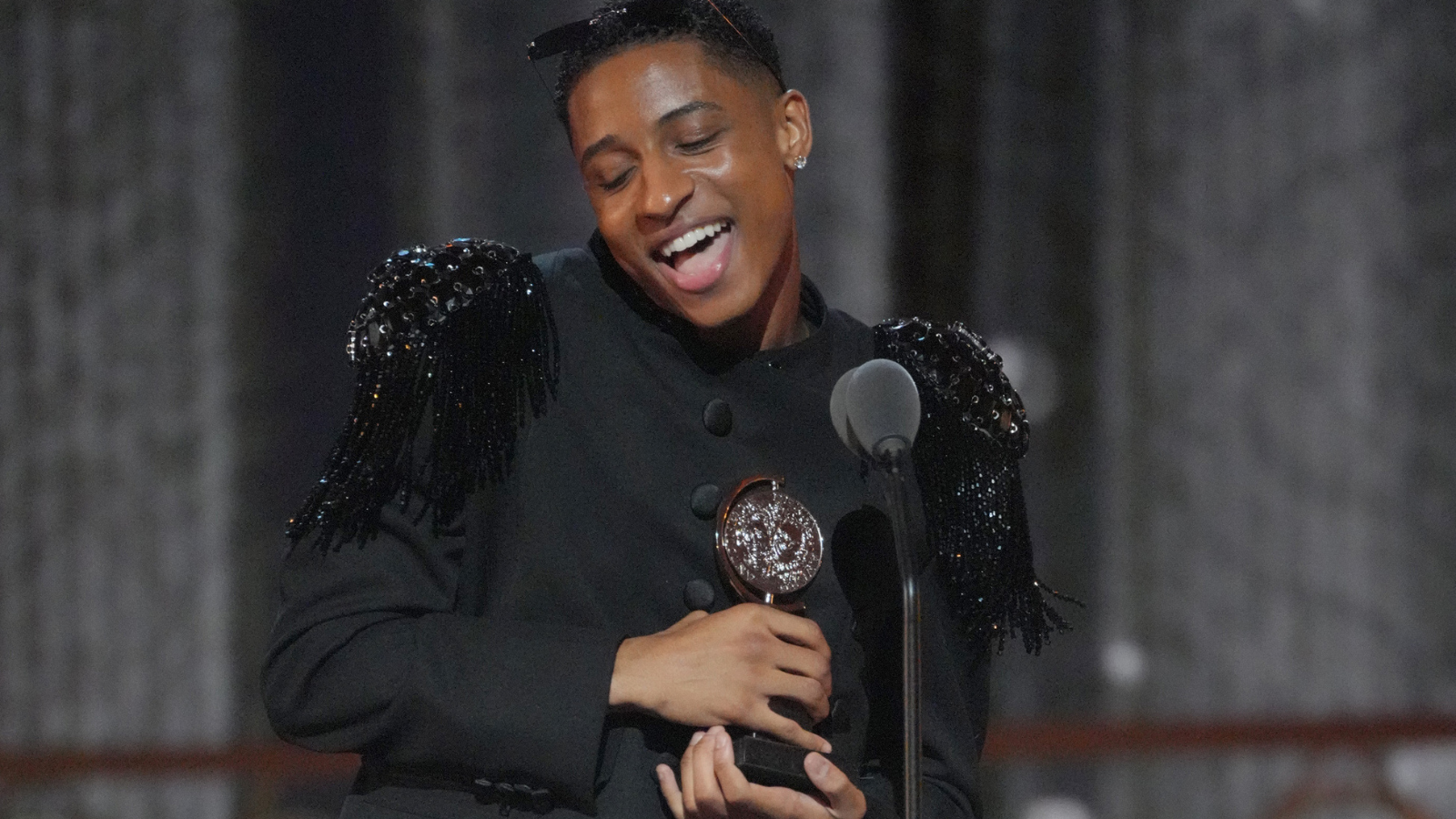 Blame it on the boogie! Myles Frost has won the Tony Award for Best Performance by a Leading Actor in a Musical for his titular performance as Michael Jackson in MJ. The newcomer was crowned the winner at the 2022 Tony Awards on the stage of Radio City Music Hall. Frost beat out a star-studded category that included Billy Crystal for Mr. Saturday Night, Hugh Jackman for The Music Man, Rob McClure for Mrs. Doubtfire, and Jaquel Spivey for A Strange Loop.

Frost made his Broadway debut in MJ, and has appeared on screen in All In, and can be heard on the soundtrack for Netflix’s Family Reunion. This was Frost’s first Tony nomination.

The bio-musical anchors the show in rehearsals for Jackson’s Dangerous world tour. As he sits down for interviews, flashbacks to the days of The Jackson 5/The Jackson and his career as a solo artist come to life on stage. Numbers like “Thriller” and “Smooth Criminal” are toe-tapping extravaganzas while “I’ll Be There” offer a more personal look at the King of Pop’s life behind the scenes.