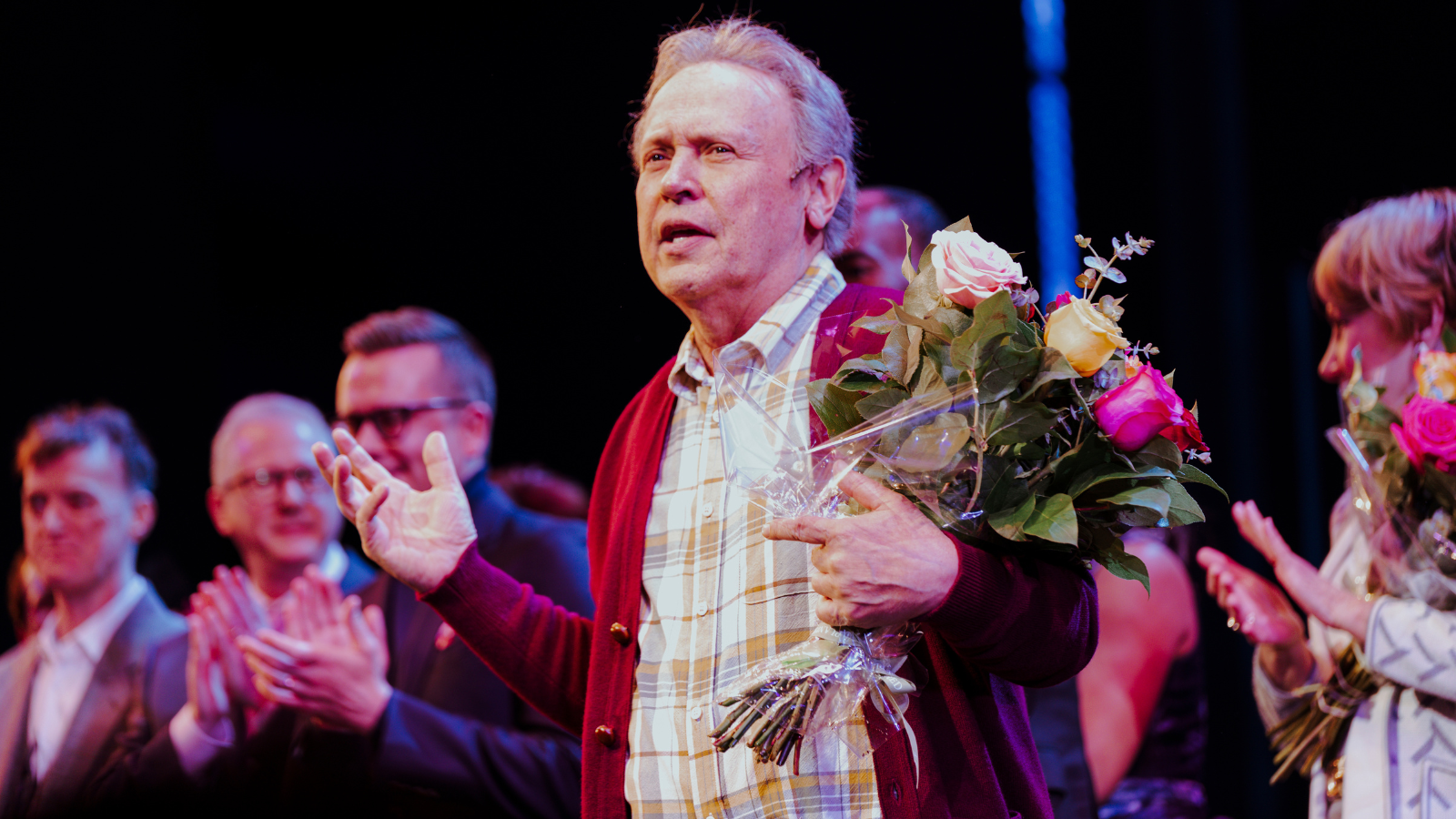 The Broadway premiere of Mr. Saturday Night will conclude its run at the Nederlander Theatre on September 4, 2022. Tony and Emmy Award winner Billy Crystal stars as Buddy Young Jr., a role he portrayed in the original 1992 film. The musical follows the comedian down on his luck who pushes out everyone he loves out for the craft. The production was nominated for five Tony Awards including Best Musical.

At the time of closing, the musical which opened April 27, 2022 will have played 28 previews and 116 performances.

“Bringing Mr. Saturday Night to the Broadway stage and experiencing the laughter and tears this show generates has truly been one of the high points of my career,” said Billy Crystal. “It has been a joyous experience to make my musical comedy debut at the age of 74, and I thank everyone involved: my co-writers Lowell Ganz and Babaloo Mandel; director John Rando; our composer and lyricist, Jason Robert Brown and Amanda Green, and our music director David O; my vocal coach David Stroud; our choreographer Ellenore Scott; Scott Pask and our entire design team; our musicians and crew; the best producing partner you could ask for, Jimmy Nederlander; and the fantastic cast, each of whom I have great affection for and who made me so proud to act with every show. The character Buddy Young Jr. has been part of my life for many decades and I’m honored that I was able to share him with the audiences at the Nederlander Theatre.”