Watch Shoshana Bean Get Ready for the Tony Awards 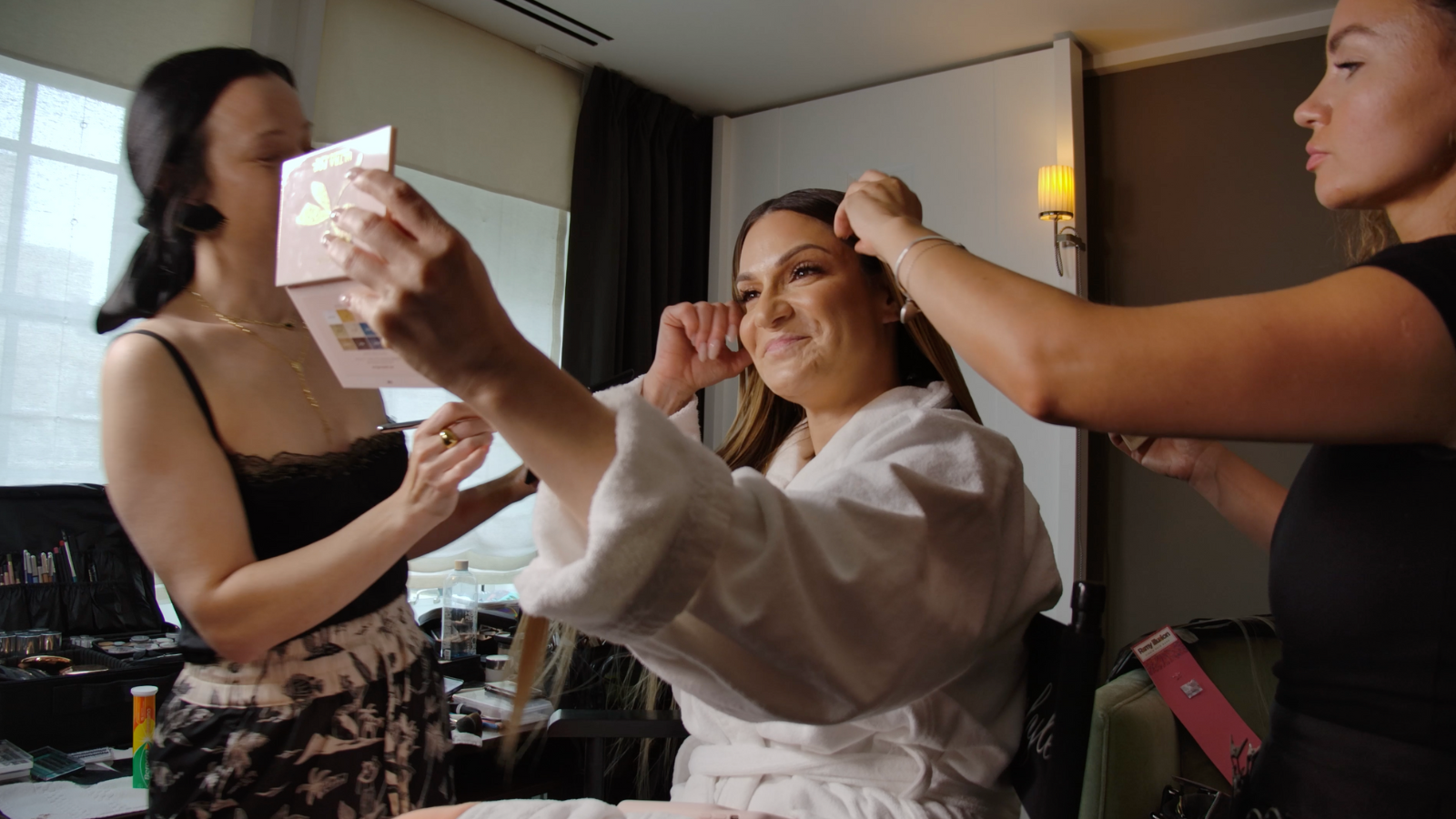 “There’s a chance!”...that we caught Tony nominee Shoshana Bean getting ready for Broadway’s biggest night and caught all the action. Theatrely was on the scene at the Carlyle Hotel and videographer Dan Tracy was to capture the glamorous turn before the Mr. Saturday Night star hit the red carpet.

“When the nomination happened, I was like ‘I fooled them all!’...I’ve never felt so much love in my entire life,” said Shoshana while getting ready.

On her Christian Siriano dress, she says, “I wanted to bring this really classic look, that has some modern elements to it, further into the present day. I just wanted something warm and soft and sleek and chic …so that the dress could be the star of the evening.”

Check out her day at the Carlyle below to see her final look, learn about her home state connection to the jewelry, and catch a special surprise cameo from Tony Award winner Gavin Creel, plus more!

Shoshana plays Susan Young, daughter of Buddy Young, Jr. (Billy Crystal) in Mr. Saturday Night, based on the 1992 movie of the same name. It is currently playing at the Nederlander Theatre.

“The audience meets me when I’m really wanting to turn my life around and actually do it right this time and have a fresh start,” Shoshana told Theatrely in an earlier interview. “And they meet [Susan and Buddy] at the peak of our challenges, I think, and at the beginning of our healing relationship.”

The musical features a score by Amanda Green and Jason Robert Brown, with Randy Graff, David Paymer, and Chasten Harmon co-starring. John Rando directs the musical, which features a book by Crystal, Lowell Ganz, and Babaloo Mandel, and choreography by Ellenore Scott. It was nominated for 5 Tony Awards. Check out Crystal’s performance at Radio City Musical Hall here.