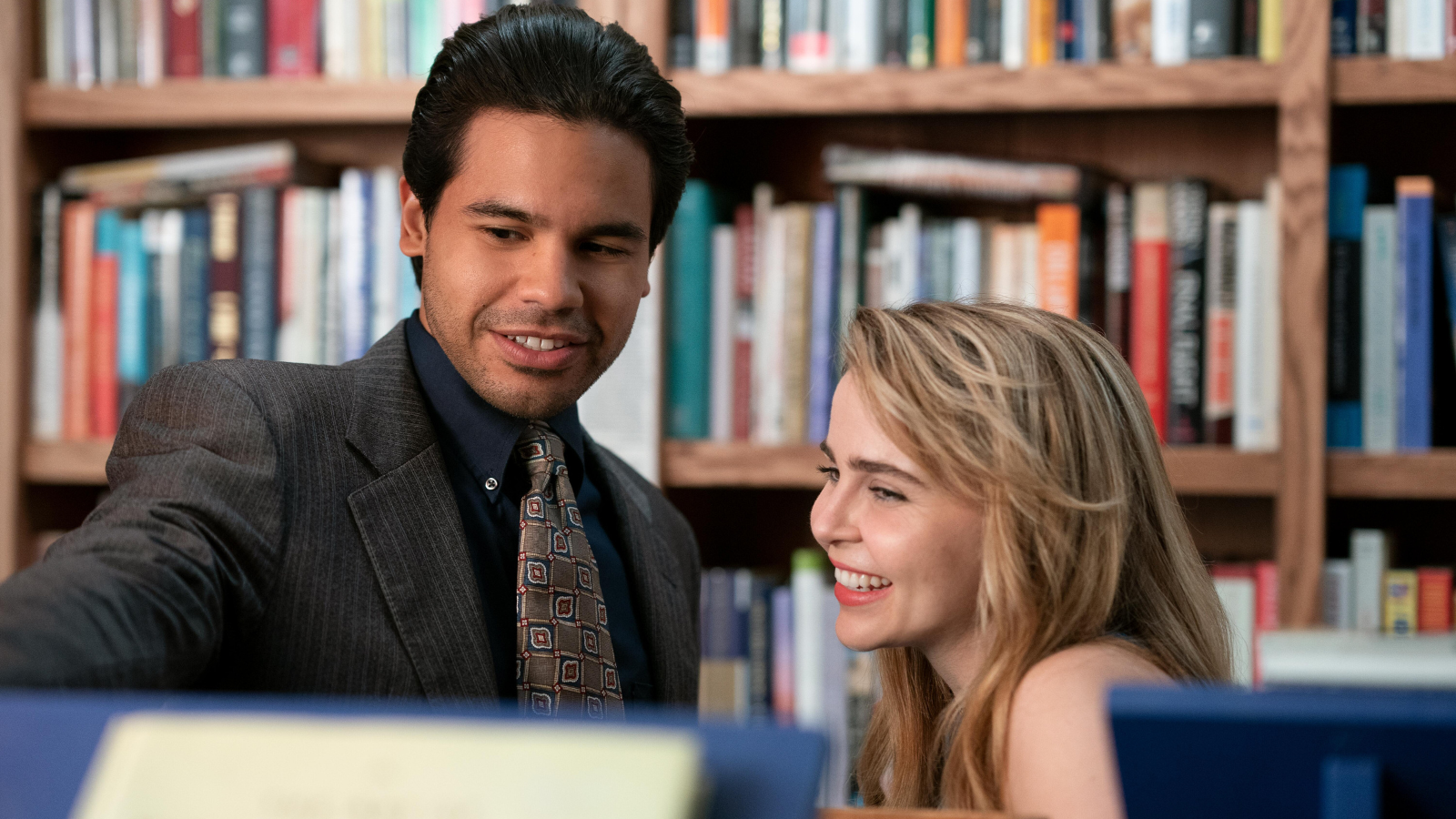 A new musical with a very distinct sound is coming TV this spring. Up Here, a romantic comedy set in 1999 in New York City, will premiere March 24 on Hulu. The show follows one couple through the ups and downs of falling in love as their fears and fantasies play out in heads.

The series will star Mae Whitman and Carlos Valdes, both of whom have some hidden stage pedigree behind their more well-known screen credits. The former starred in Center Theatre Group’s production The Mystery of Sex and Love, while Valdes played Andrej in Once on Broadway.

That’s not the only show slated to hit our TV screens this spring. Season 2 of Schmigadoon! will premiere April 7 on Apple TV+. The next installment moves to Schmicago with a number of favorites returning, including Ariana DeBose, Aaron Tveit, and Dove Cameron, along with series leads Cecily Strong and Keegan-Michael Key.