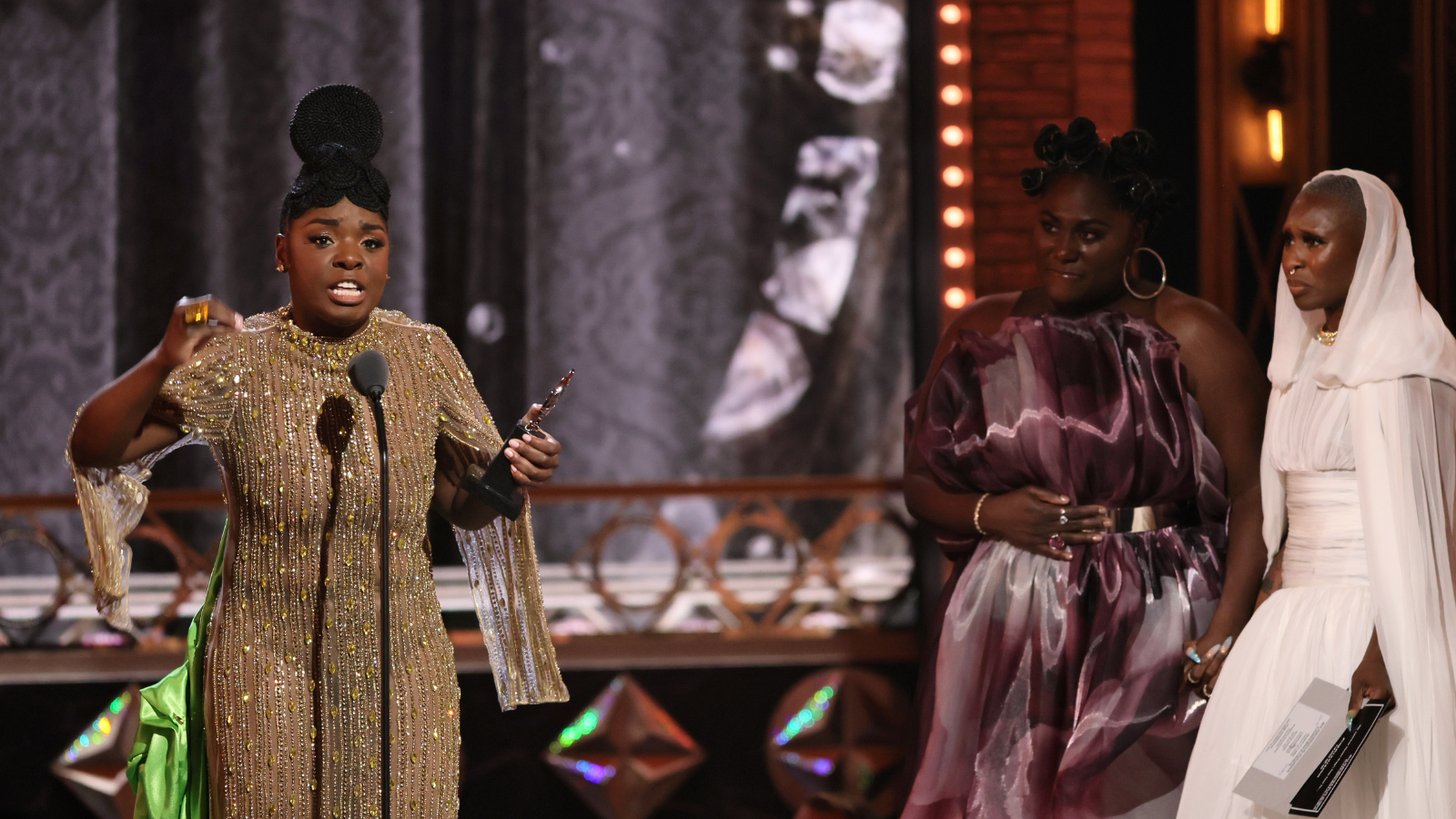 Somebody buy a round at Nelly’s saloon! Joaquina Kalukango has won the Tony Award for Best Performance by a Leading Actress in a Musical for her outstanding performance as Nelly O'Brien in Paradise Square. The talented actress was crowned the winner at the 2022 Tony Awards on the stage of Radio City Music Hall. Kalukango beat out a star-studded category that included Sharon D. Clarke for Caroline, or Change, Carmen Cusack for Flying Over Sunset, Sutton Foster for The Music Man, and Mare Winningham for Girl from the North Country.

Kalukango made her Broadway debut in Godspell, and later appeared in Holler If Ya Hear Me, The Color Purple, and Slave Play. Her film and television credits include One Night in Miami… and Lovecraft Country. She was previously nominated for a Tony Award for her performance in Slave Play.

The musical follows the Black and Irish communities living in harmony in NYC’s Five Points neighborhoods during the 1860’s. Set mostly in a saloon owned by Nelly O’Brien, Paradise Square offers a slice of Civil War history not often explored—but one worth remembering.