Roger Bart Will Star in Broadway Premiere of BACK TO THE FUTURE: THE MUSICAL 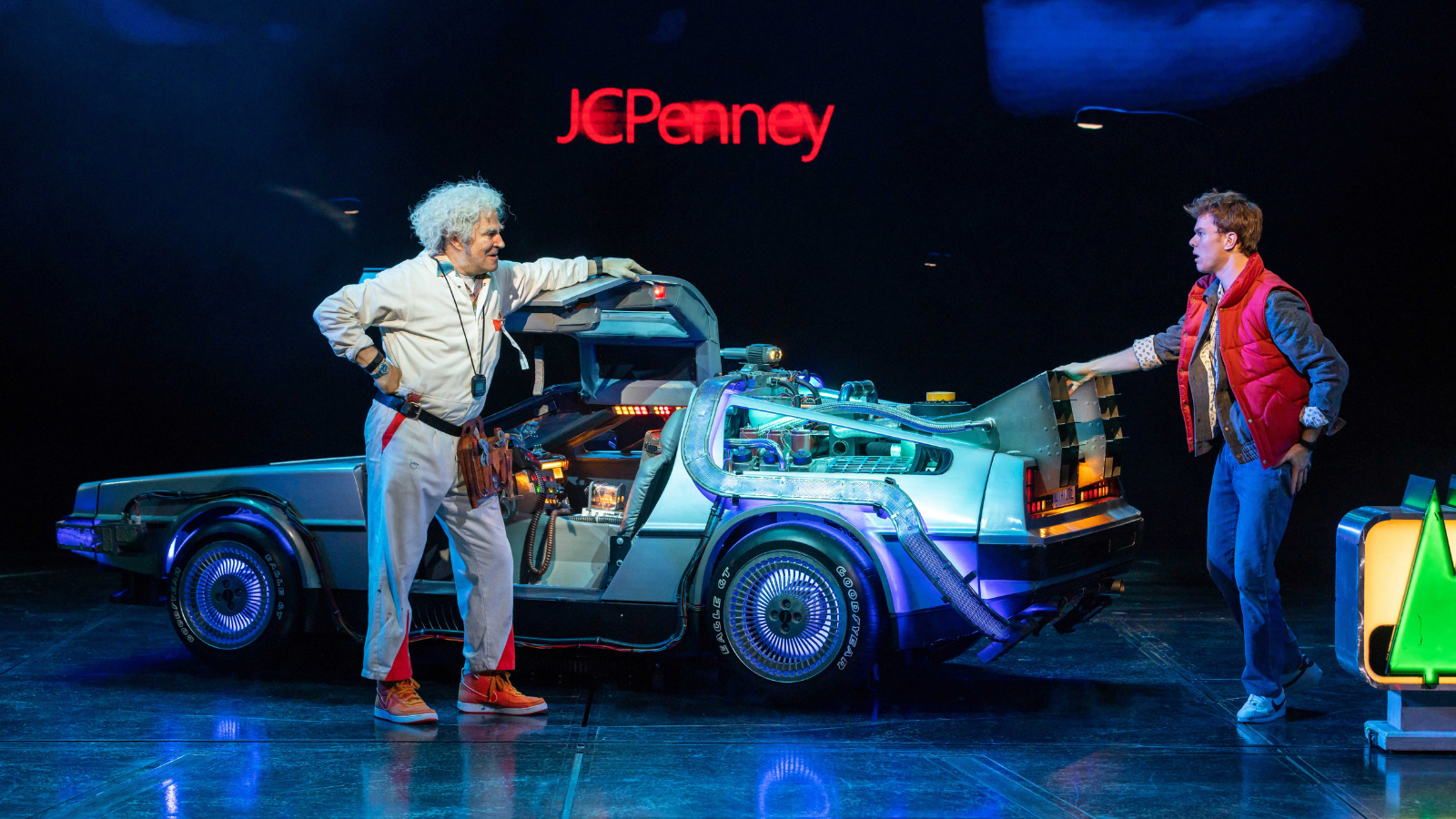 Roger Bart and Ben Joyce in Back to the Future: The Musical | Photo:  Sean Ebsworth Barnes

The Delorean has reached 88 MPH and it’s headed straight for the Winter Garden Theatre. That’s right, the musical adaptation of Back to the Future has found its home on Broadway in the famed Shubert House. Previews are set to begin June 30, 2023, with an opening night set for August 3.

‍Back to the Future: The Musical will star Tony winner Roger Bart as Dr Emmett Brown and Hughes Coles as George McFly. Both stars are reprising their Oliver-nominated performances from the London production. Casting for Marty McFly and other characters will be announced at a later date.

The show features the new music by Alan Silvestri and Glen Ballard alongside classic songs from the movie including “The Power of Love” and “Johnny B. Goode.” An Original London Cast Recording is now available to stream on all music platforms.

‍Back to the Future: The Musical won the Olivier Award for Best New Musical. It premiered in London’s West End at the Adelphi Theatre in 2021. The productions in London and an out-of-town tryout in Manchester, England, have so far been seen by half a million people and the musical has broken box office records at the Adelphi.

Based on the Universal Pictures/Amblin Entertainment film, the musical has a book by Bob Gale, who co-wrote the screenplay with Robert Zemeckis. It follows Marty McFly, a teenager who is accidentally transported back to 1955 in a time-traveling vehicle invented by his friend, Dr. Emmett Brown aka “Doc.” Before he can return to 1985, Marty must make sure his high school-aged parents fall in love in order to save his own existence.

‍Back to the Future (the movie) was released in 1985, starring Michael J. Fox as Marty and Christopher Lloyd as Doc. The film grossed $360.6 million at the box office worldwide.

“If [we] time traveled back to 1980 and told our younger selves that the script they were struggling to write would become a Broadway musical 43 years later, they'd kick us out of their office and call us crazy,” said Gale. “Regardless of whether you've seen the original film, Back to the Future: The Musical, with its outstanding performances and incredible stagecraft, will delight and enthrall you, your kids, your parents, and everyone you know!”

The production is directed by Tony winner John Rando, with choreography by Chris Bailey, set and costumes by Tim Hatley, lighting by Tim Lutkin and Hugh Vanstone, sound by Gareth Owen, video by Finn Ross, and illusions by Chris Fisher. In addition, it features musical supervision and arrangements by Nick Finlow, music direction by Ted Arthur, orchestrations by Ethan Popp and Bryan Crook, and dance arrangements by David Chase. Casting is by Tara Rubin.