Stage Door Speed Round: BETWEEN THE LINES’s Arielle Jacobs 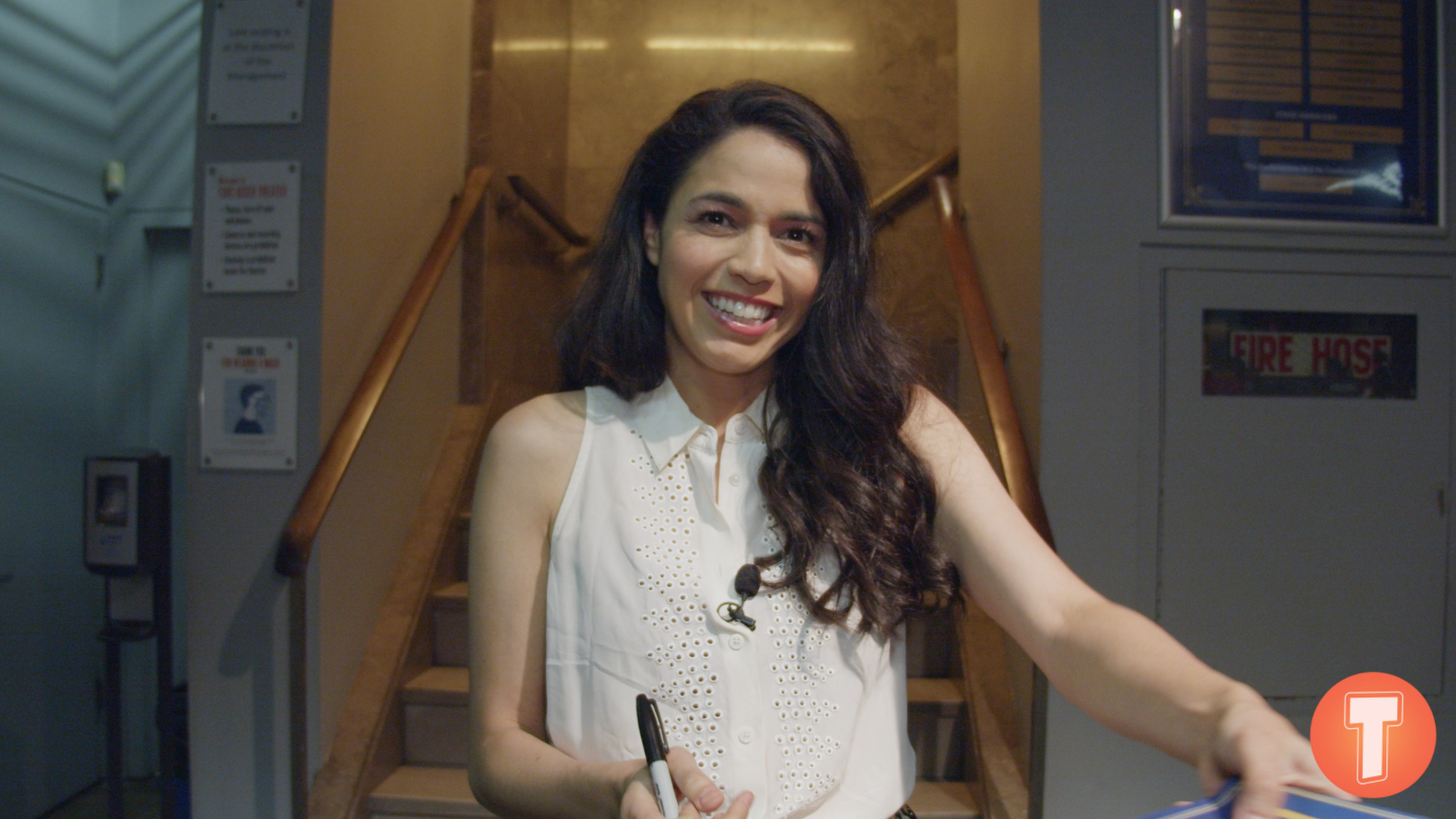 We’ll write another chapter, another chapter indeed—of Stage Door Speed Round, that is! We recently visited the Tony Kiser Theater in midtown, where Arielle Jacobs is starring in Between the Lines, a new musical now making its Off-Broadway premiere. Arielle met with us in the lobby of the theatre in between her shows to answer some of our all-important queries.

With multiple Broadway stints under her belt, in popular roles such as Princess Jasmine in Aladdin, Nessarose in Wicked, and Nina in In the Heights, Jacobs is originating the role of Delilah in this new musical. After its debut was delayed by the pandemic, the 2nd Stage production is currently scheduled to run through October 2.

Watch below as the star discusses her favorite parts of the show, which Hell’s Kitchen haunts she likes to hit up for a meal, and the Broadway diva she considers a “goddess.” (We don’t disagree!)

Based on the 2012 novel by famed author Jodi Picoult and her daughter Samantha Van Leer, Between the Lines has a book by Timothy Allen McDonald and a score by Elyssa Samsel and Kate Anderson. It follows Delilah, a new student in a new town, as she seeks comfort in the pages of her favorite book, where she feels heard and understood by the handsome Prince Oliver. As the lines between fantasy and reality blur, Delilah discovers how to find her place in the real world while keeping her dreams alive.

Earlier this week, the performers gathered in the studio to record a cast album, which will be released by Ghostlight Records later this year.