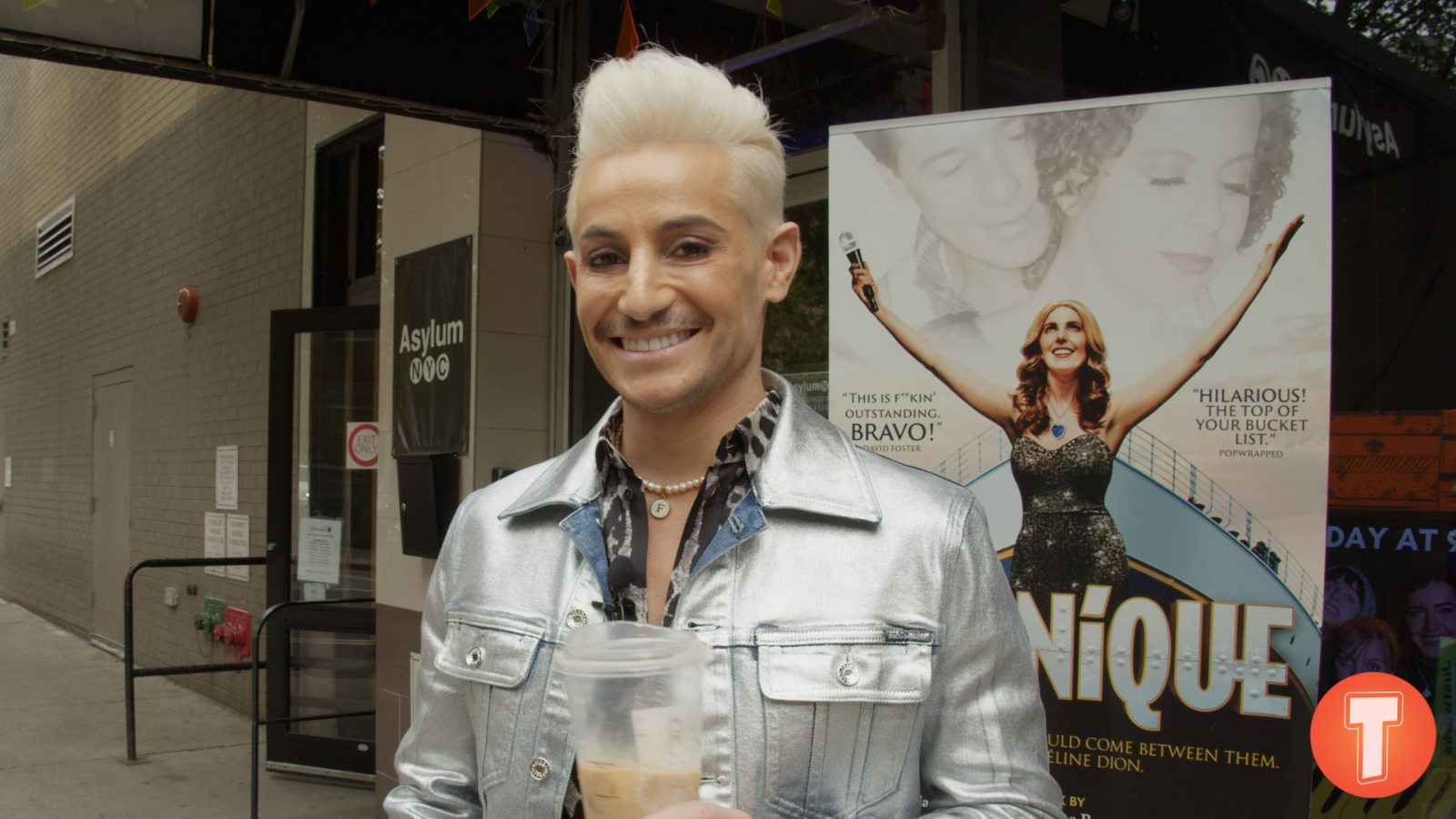 Let’s drive all night! We met up with Frankie Grande at the stage door of The Asylum Theatre to chat about Titanique, Victor Garber, his love of Starbucks, Bernadette Peters, and so much more. Check out the star in Theatrely’s video series, Stage Door Speed Round, as he answers our questions below.

In Titanique, Grande plays real-life Tony and Emmy nominee Victor Garber, who played ship architect Thomas Andrews in James Cameron’s 1997 smash-hit movie Titanic. The musical is a parody of the Oscar-winning film, told through the eyes and songs of Celine Dion. As the singer commandeers a Titanic Museum tour, Dion offers her own take on the doomed vessel, using tunes like “My Heart Will Go On,” “All By Myself,” and “To Love You More.” It is currently scheduled to run through September 25.

Leading the cast in Titanique is Marla Mindelle as Céline Dion, Constantine Rousouli as Jack, Frankie Grande as Victor Garber, Kathy Deitch as Molly Brown, Ryan Duncan as Ruth, Alex Ellis as Rose, John Riddle as Cal, and Jaye Alexander as The Iceberg. Rounding out the ensemble are Courtney Bassett, Donnie Hammond, and Dimitri Moise.

The show is directed by Tye Blue and co-written by Blue, Mindelle, and Rousouli. Ellenore Scott (Funny Girl, Little Shop of Horrors) is the choreographer with music supervision, arrangements, and orchestrations by Nicholas Connell. Casting is by The Telsey Office’s Rachel Hoffman and Henry Russell Bergstein.

Grande is an actor, producer, reality TV personality, and the host of Nickelodeon’s SpongeBob BingePants podcast. He made his Broadway debut in Mamma Mia! and later starred as Franz in Rock of Ages. As a producer, he has worked on shows including the Jude Law-led 2009 revival of Hamlet, the 2010 revival of La Bête, and the 2011 revival of Born Yesterday.

He can also be found on Nickelodeon’s Henry Danger and Danger Force and Netflix's Haters Back Off. Up next, he’ll appear in Summoning Sylvia, a horror-comedy film, starring fellow stage favorites Michael Urie, Noah J. Ricketts, Troy Iwata, and Veanne Cox.