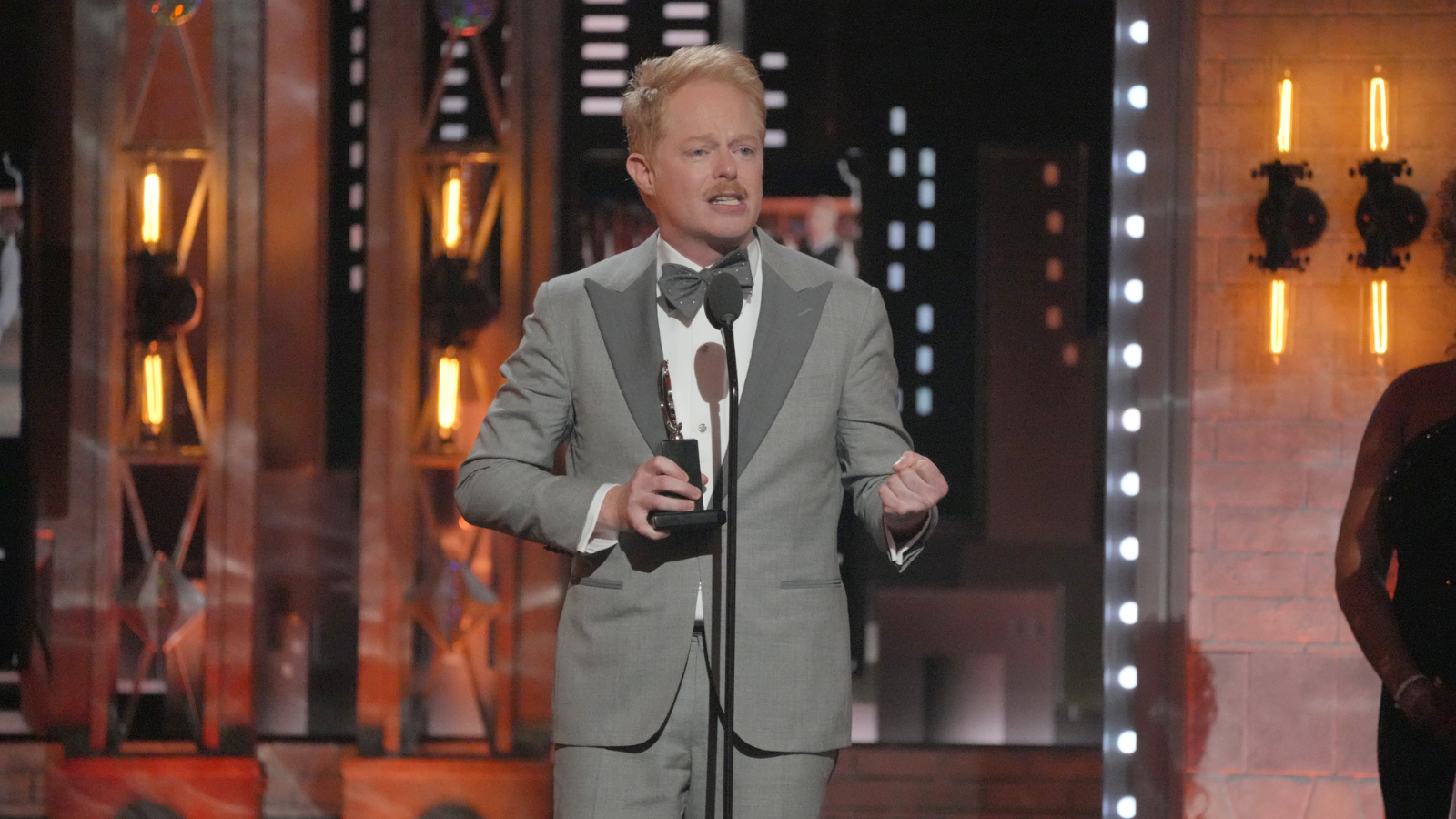 Let’s hear it for the sports nerds! Jesse Tyler Ferguson has won the Tony Award for Best Performance by a Featured Actor in a Play for his incredible performance as Mason Marzac in Take Me Out. The celebrated actor was crowned the winner at the 2022 Tony Awards on the stage of Radio City Music Hall. Ferguson beat out a star-studded category that included Alfie Allen for Hangmen, Chuck Cooper for Trouble in Mind, Ron Cephas Jones for Clyde’s, and co-stars Michael Oberholtzer and Jesse Williams for Take Me Out.

Perhaps best known for his role on Modern Family, Ferguson is no stranger to the Broadway stage, having appeared in On the Town, The 25th Annual Putnam County Spelling Bee, and Fully Committed before Take Me Out. His role on Modern Family, however, brought him a number of awards and nominations, including four Screen Actors Guild Awards. Ferguson has also appeared as a judge on Project Runway, So You Think You Can Dance, and Rupaul’s Drag Race. This was his first Tony nomination.

Directed by Scott Ellis and penned by Richard Greenberg, Take Me Out follows star baseball player Darren Lemming (Williams) after he comes out of the closet, leaving his teammates stunned and a newcomer (Oberholtzer) furious. A friendship builds a friendship with his new accountant (Ferguson) as they both discover new layers to their love of the game. The memory play is told through the lens of Kippy (Patrick J. Adams) as he tells the story.