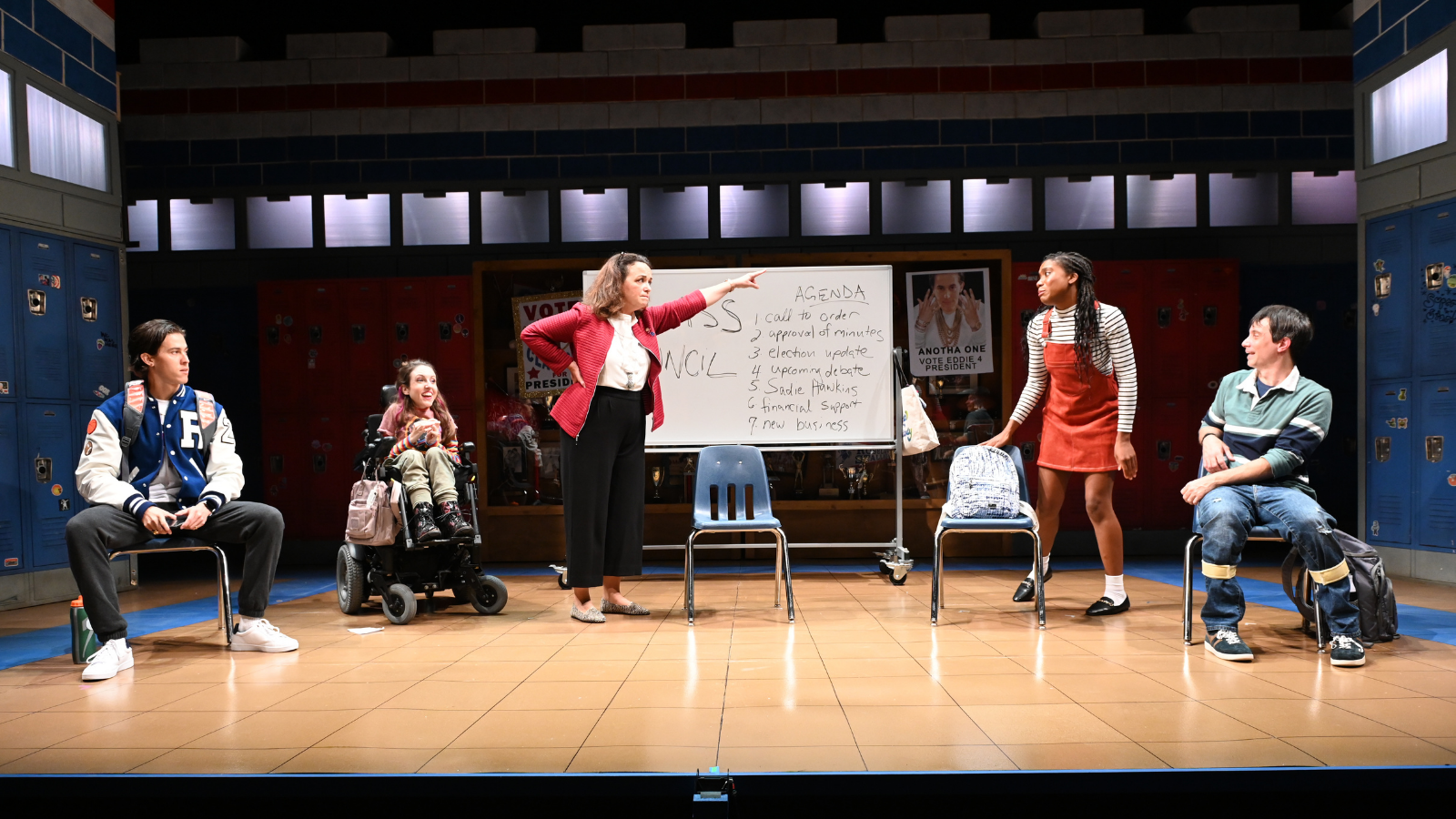 Dear Evan Hansen wants the humorous but scathing energy that Mike Lew’s Teenage Dick has in spades. The similarities between Hansen and Teenage Dick run deep. Both shows follow awkward, lonely teenage guys trying to get through high school. Both protagonists gain incredible social power through the force of their storytelling. They use this power to woo their popular love interests, and excuse their gaslighting because of their disabilities. And in the end, everything comes crashing down because of dangerous lies exacerbated by social media.

Both shows have had large cultural moments this year. Hansen’s film adaptation premiered in movie theaters this past September and re-opens on Broadway this weekend. Teenage Dick, which previously ran off-Broadway in 2018, is now touring through some of the most well-known regional theatres in America. Having already played at Woolly Mammoth Theatre Company this fall, the show is now running at the Huntington Theatre Company and will head over to Pasadena Playhouse in February.

While Hansen asks us to sincerely sympathize with a character who is inadvertently destructive, Teenage Dick demands more from its audience. We’re not only told to root for purposefully destructive characters, but also asked to investigate the identities driving young men to horrible actions.

Lew’s Teenage Dick, an adaptation of Shakespeare’s tragedy Richard III (get it?), explicitly shows how its protagonist twists his oppressions in order to manipulate social standing. Watching the show this past fall at Woolly Mammoth, I witnessed a deeply resonant modern legend, one reveling in the subversive joy and despair of an unlikely antihero.

Richard (played with startling and sensitive panache by Gregg Monzgala) is the junior class secretary at Roseland High School. Like Shakespeare’s king, Richard is a schemer, gleefully confiding his plot to rule the school in direct address to the audience. He also has cerebral palsy, adding a level of insecurity and intensity to the usual high school drama. “As shitty as Roseland is, it’s Edenic compared to the real world,” he tells his wheelchair-user friend Barbara (a hilarious Shannon DeVido). “You think anyone’s gonna give a shit about us, out there, once our bodies start turning against us more and more every day? This isn’t our awkward phase, it’s the rest of our lives.”

Richard’s fatalism might be exaggerated, but it feels right for a person experiencing everything for the first, and maybe last, time. He’ll channel this somewhat-justified rage to gain sympathy from his English teacher Elizabeth York (Emily Townley), while slyly taking down the football-playing bro Eddie Ivy (Louis Reyes McWilliams) and evangelist suck-up Clarissa Duke (Portland Thomas).

Director Moritz von Stuelpnagel keeps things moving at a brisk pace in the production. Richard’s witty asides and Barbara’s piercing remarks make the show feel less like an overt tragedy and more like a dark comedy. Wilson Chin’s set, a cinder-block castle of public school hallways, continues to reveal more and more delightful surprises, just like Lew’s play itself.

The surprise that steals the show is the character of Anne Margaret (a fantastic Zurin Villaneuva), a dancer with dreams going far beyond high school. Anne starts out as a pawn in Richard’s cruel game, just a popular girl he pressures into inviting him to a dance. But their relationship develops into something much stranger: a recognition of marginalization across identities. The physical intimacy between the duo is both heartbreaking and relieving. Watching Richard learn how to dance with Anne is like watching Election’s Tracy Flick stumble into one of the delicate scenes of Martyna Majok’s Cost of Living; I didn't know how much I needed to see it until it was right in front of me.

Of course, it’s hard to enjoy the romance between Richard and Anne when it’s built on a deceptive premise—and when you know the disaster that will inevitably follow. In the play’s last twenty minutes, the show’s dark comedy finally bleeds into just darkness.

While I knew this was always going to happen, it feels like an intentional letdown because of the perceptive mix of joy and sorrow preceding this turn. Lew faithfully adapts the plot machinations of Richard III. But like one of the characters wonders in a metatheatrical soliloquy, I questioned what would happen if our adherence to legend could’ve been broken.

As long as there are teenagers going through the agony of adolescence, there are going to be characters like Evan Hansen, Tracy Flick, or Richard Gloucester: people whose longing to be accepted drives them towards violent ends. As Olivia Rodigo says, it’s brutal out here.

The brutality of these characters’ actions only matches the utter brutality in coming of age.

But Mike Lew’s intervention in Teenage Dick—offering a complex look at how the world sees a young man’s physical disability—shows that some teenagers have to face brutality at a far younger age than others. The only path Shakespeare offers for people like this is one of self-destruction. Lew faithfully recreates this destructive path for Richard, but at the same time asks his audience to imagine what other paths we could’ve offered him.

Teenage Dick is now in performance at the Huntington Theatre Company in Boston before a run at Pasadena Playhouse early next year.