THE FUTURE Astounds at The Geffen Playhouse — Review 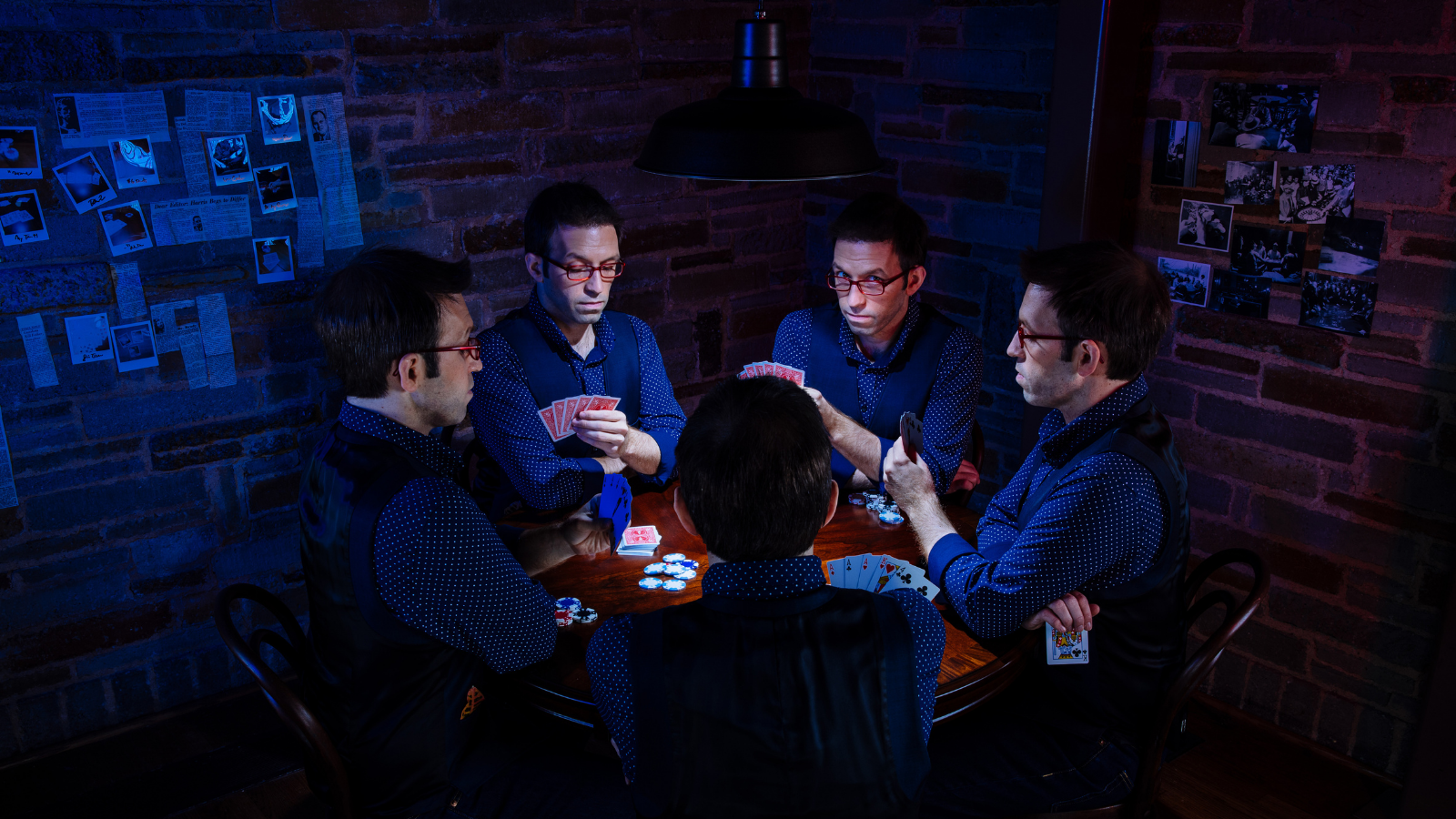 Helder Guimarães in "The Future" | Photography by Jeff Lorch
By
Kobi Kassal
No items found.
on
Category:
Reviews

Nowadays, when a package arrives on my front porch with a return label from The Geffen Playhouse, I know I am in for a treat. This time, magician Helder Guimarães returns for his latest installment of Zoom alchemy and illusions with The Future, the newest production out of their Geffen Stayhouse collection. After the wildly successful conclusion to The Present, which closed in October after a six month run, Guimarães has once again teamed up with Frank Marshall to bring what this critic finds to be the most exciting piece of virtual theatre born in this era of COVID-19.

After now experiencing four different Geffen productions in the past few months, it is clear that the team at the Los Angeles based Playhouse continues to learn from each subsequent show to give us the most exciting new works. Currently, Inside The Box, Citizen Detective, and now The Future are all running simultaneously, a feat that would not have been possible in normal times. Much like with The Present, a mysterious cylindrical black package arrived before showtime with instructions to not open until told to do so. As we awaited the start of the show, I started to recognize several other audience households with whom I have interacted with in previous Geffen Stayhouse productions; a new friend group formed of strangers from around the country.

As astonishing an illusionist as Guimarães is, he is equally captivating as a storyteller. Throughout the performance, he weaves the tale of a particular poker game in Marseille where he met a European gambler named Kevin who teaches him some important lessons early on in his career and how to confront one's own philosophy. How that has shaped his path as a magician and the choices he has been forced to make weave a lovely narrative that he credits Marshall with helping to create. When I spoke with Guimarães in early May in preparation for his previous engagement at the Geffen, he spoke of his wonderful collaboration with the famed Hollywood producer and director Frank Marshall and how he has helped him translate his performance into the virtual sphere.

Guimarães’ magnetism and charm leaps through the computer screen and into houses all over the world as he excitedly pulls off trick after trick. Him and his team at the Geffen have elevated the production in every way from The Present, and that includes the audience. The Future has a much larger participant pool so while some of the intimacy is lost, the ability to watch faces of so many being astounded has only heightened. I don’t always admit that I attended magic camp as a youngster — a fact that usually gets buried away, but I can confidently say Guimarães has the knack to bewilder even the most seasoned of tricksters. Magicians thrive off audience interactions and Zoom has been a useful tool in helping with that loss. After one trick concluded, a younger participant shouted “How?!?” that was echoed to all the participants across the country. Guimarães looked up with a devilish grin and simply replied, “It’s magic.”

With the vaccine no longer a distant dream in the future, but a certain reality, the fate of live in-person theatre is still very much in question and the Geffen has mastered the next best thing. If you are looking for the perfect escape as the winter approaches (at least for this New Englander), visit Guimarães in The Future for a thrilling 80 minutes of sheer delight.

Next up from the Geffen Stayhouse is a world premiere interactive cooking experience from Sri Rao, Bollywood Kitchen, which premieres in mid-January.

"The Future" was extended due to popular demand through March 14, 2021.  For more information, visit: geffenplayhouse.org