TITANIQUE Extends, Will Sail Across Town to Daryl Roth Theatre 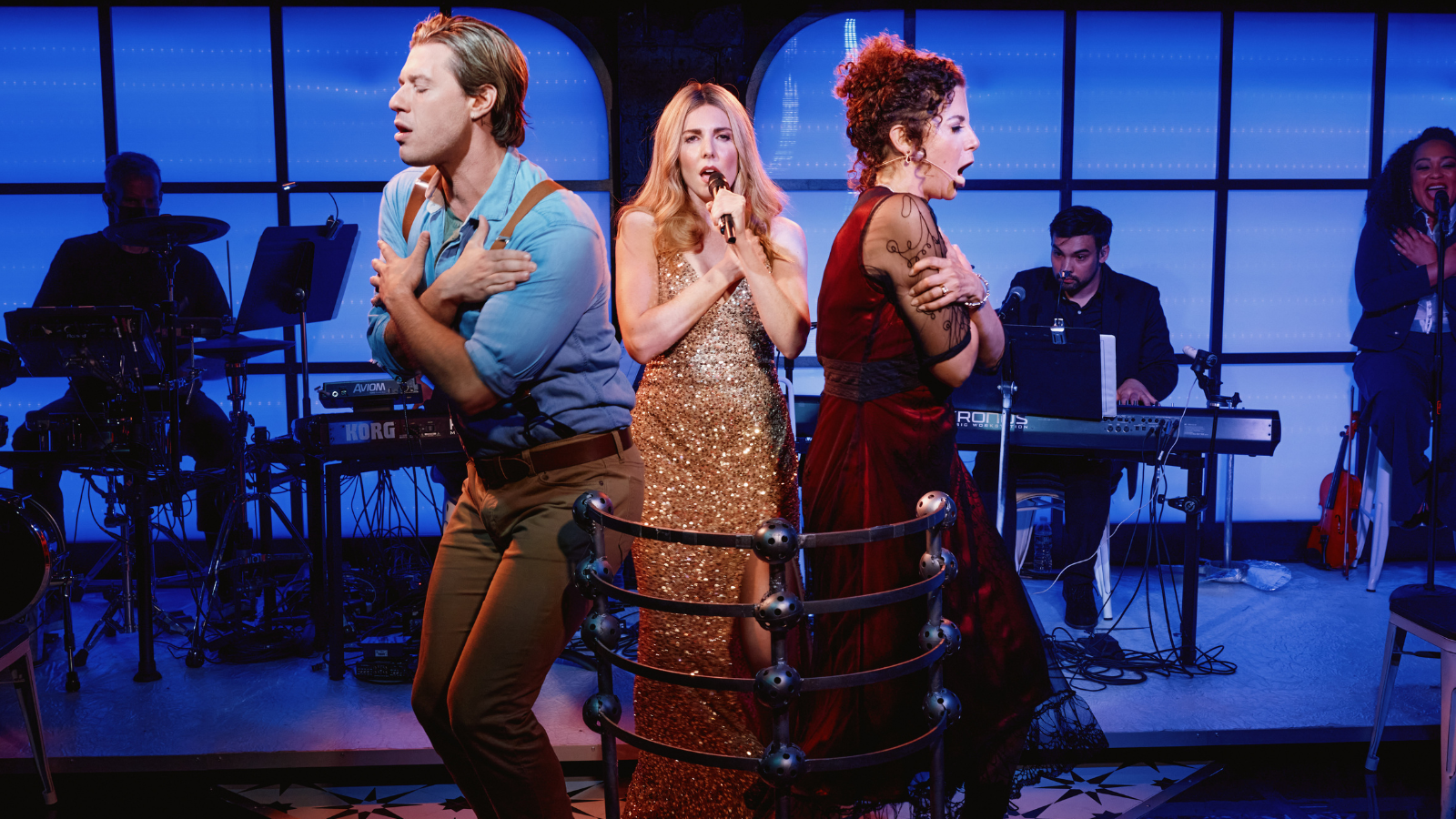 Bonjour, girlfriends (and gays)! The popular musical parody Titanique will sail across town to the Daryl Roth Theatre, ensuring another few months of delightful pandemonium Off-Broadway. Performances will begin November 20 for a limited run through February 19.

A parody of James Cameron’s Oscar-winning film Titanic featuring the songs of Céline Dion, Titanique follows the singer as she commandeers a Titanic Museum tour and offers her own take on the doomed vessel. The score features “My Heart Will Go On,” “All By Myself,” and “To Love You More.”

Titanique originally opened June 23 at The Aslyum NYC. In his review for Theatrely, Juan A. Ramirez wrote: “The cast acquits itself nicely: the vocals are all on point, the women look fabulous and the men’s asses are in top form. (That last assessment courtesy of the bucket of White Claws you can take to your seat from the theatre bar.)”

The musical currently stars Marla Mindelle as Céline Dion, Constantine Rousouli as Jack, Frankie Grande as Victor Garber, Kathy Deitch as Molly Brown, Mike Millan as Ruth, Alex Ellis as Rose, Ken Wulf Clark as Cal, and Avionce Hoyles as The Iceberg. Rounding out the ensemble are Blu Allen, Courtney Bassett, Brad Greer, and Donnie Hammond. Original cast member John Riddle will return to the role of Cal on October 25 while Desiree Rodriguez will begin performances as the Unsinkable Molly Brown on October 18.

‍“Titanique is the show of dreams,” says producer Eva Price. “This musical has captivated audiences in a way I’ve never seen before—and the audiences, in turn, have catapulted it into a true smash hit Céline-derella story. While we will miss our partners at The Asylum and the shutdown Gristedes above (RIP!), The Daryl Roth Theatre is a stunning space, with its own lore. This new lifeboat is ready to take on all who have been clamoring to board!”