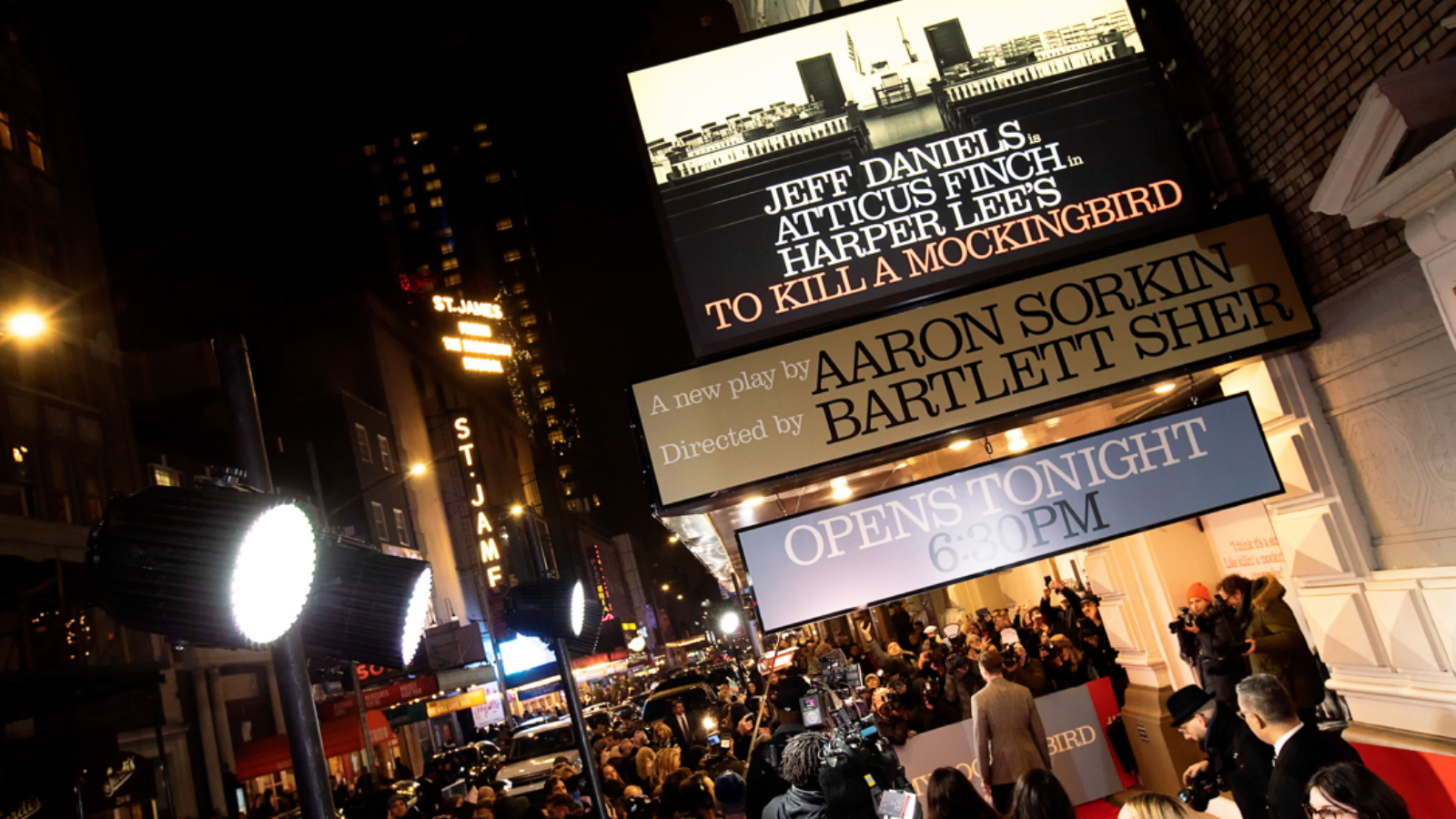 Scout is headed back to the Shubert! It was announced today that Harper Lee’s To Kill a Mockingbird, the most successful American play in Broadway history, will return October 5, 2021 to the Shubert Theatre. Emmy Award winner Jeff Daniels will return to the iconic role of ‘Atticus Finch’ as will Celia Keenan-Bolger who returns to play ‘Scout Finch,’ a role for which she won a 2019 Tony Award for Best Featured Actress in a Play. The Aaron Sorkin adaptation is directed by Bartlett Sher.

Following the recent events with producer Scott Rudin, it was also announced that Orin Wolf has been named Executive Producer and will take over all aspects of the production.

Set in Alabama in 1934, Harper Lee’s enduring story of racial injustice and childhood innocence centers on one of the most venerated characters in American literature, the small-town lawyer Atticus Finch, played by Daniels. The cast of characters includes Atticus’s daughter Scout, her brother Jem, their housekeeper and caretaker, Calpurnia, their visiting friend Dill, and a mysterious neighbor, the reclusive Arthur “Boo” Radley.

“Over the course of the original year long run, I felt a nightly privilege playing Atticus Finch. At this moment in our country’s history, I’m honored to play him again, to inhabit an iconic American Hero who still speaks to our times and will help us all remember who we can be,” said Daniels.

Mockingbird plans to launch a National Tour beginning in March of 2022 in Buffalo, NY with Emmy Award Winner Richard Thomas as ‘Atticus.’ Rafe Spall will lead the London company when it opens next March at the West End’s Gielgud Theatre.

Additional casting for all productions will be announced at a later date.

Tickets to To Kill a Mockingbird on Broadway are now available via Telecharge.