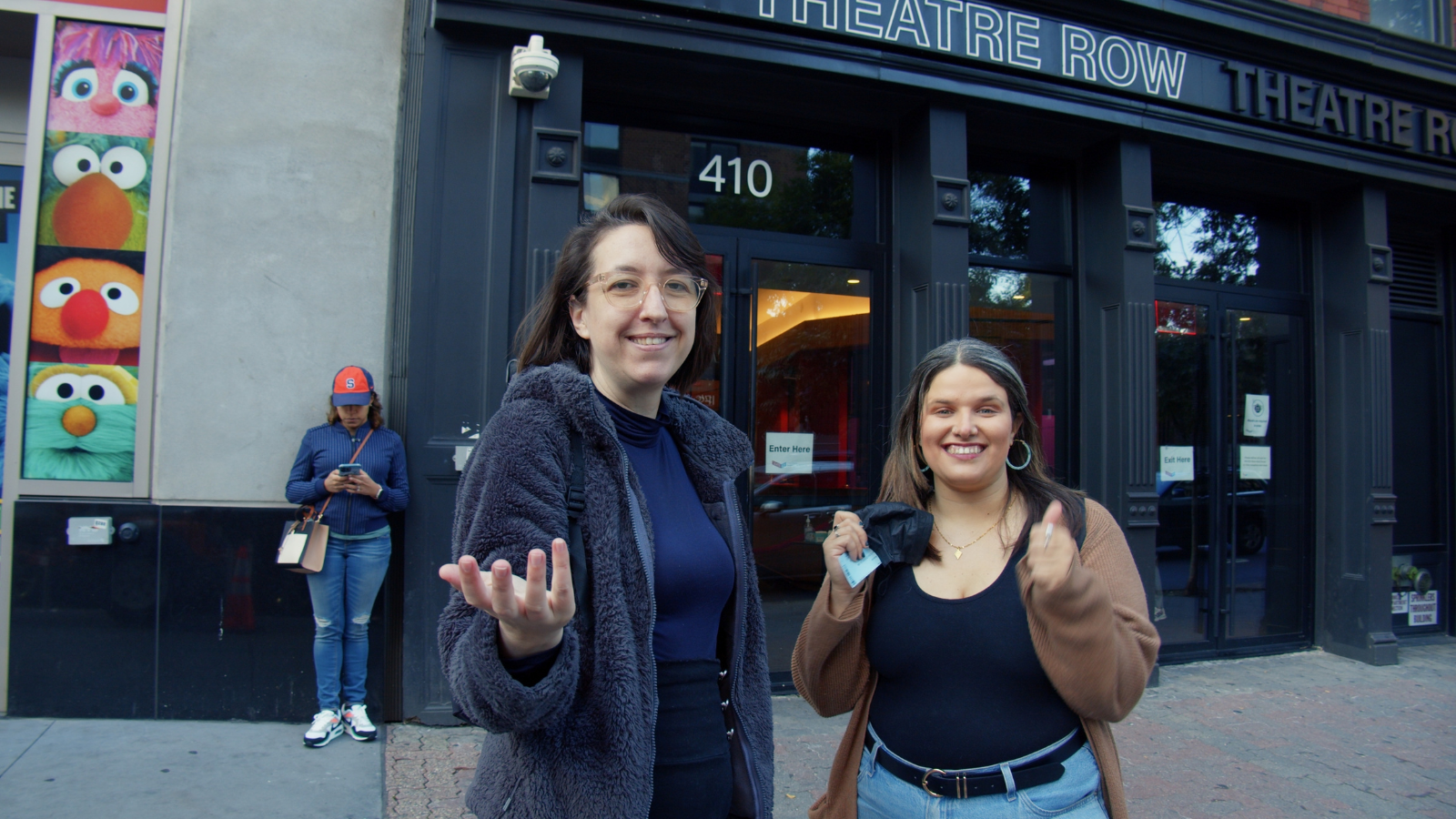 For a limited time in NYC, theatre fans can tackle the ultimate challenge. After suggesting going to see five shows in one day on Twitter, Kate Reinking and Ashley Hufford took to the streets for a 13-hour marathon of theatre. The pair have quite the following on TikTok, exploring the world of Broadway and beyond from the lens of a knowledgeable fan.

The order was Sesame Street: The Musical, Little Shop of Horrors, Titanique, Everything’s Fine, and Hyprov. Several of the options had multiple showings beyond the usual 2 PM matinee and 8 PM curtain on a Saturday, allowing for such a feat.

Theatrely came along for the marathon to see if Kate and Ashley could truly make it through (and to) all of their curtains. In true NYC theatregoer fashion, the adventure was not complete without a few coffees and slices of pizza. Even a theatre marathon requires proper nutrition, right?

Check out the adventure below.

All five shows have been in the headlines recently, with Sesame Street: The Musical opening last month, with Theatrely’s review calling it “a charming, fun show that will have toes tapping and hands clapping.”

‍Little Shop of Horrors welcomed several new cast mates over the summer, including Rob McClure as Seymour, Lena Hall as Audrey, Bryce Pinkham as Orin Scrivello, and Brad Oscar as Mushnik. Titanique, currently playing at Asylum NYC, will sail across town to the Daryl Roth Theatre in November for another extension lasting into 2023.

‍Everything’s Fine, directed by Tony and Emmy–winning actor John Lithgow, and starring and written by Douglas McGrath, is currently playing at the DR2 and opened just a few days ago. Hyprov opened at the Daryl Roth in August and will close October 30. The comedy-meets-hypnosis theatrical spectacular stars Asad Mecci and Barrett Foa. Fun fact: This isn’t Kate’s first foray at Hyprov—she previously got hypnotized in a preview performance and can be seen in a number of production photos!