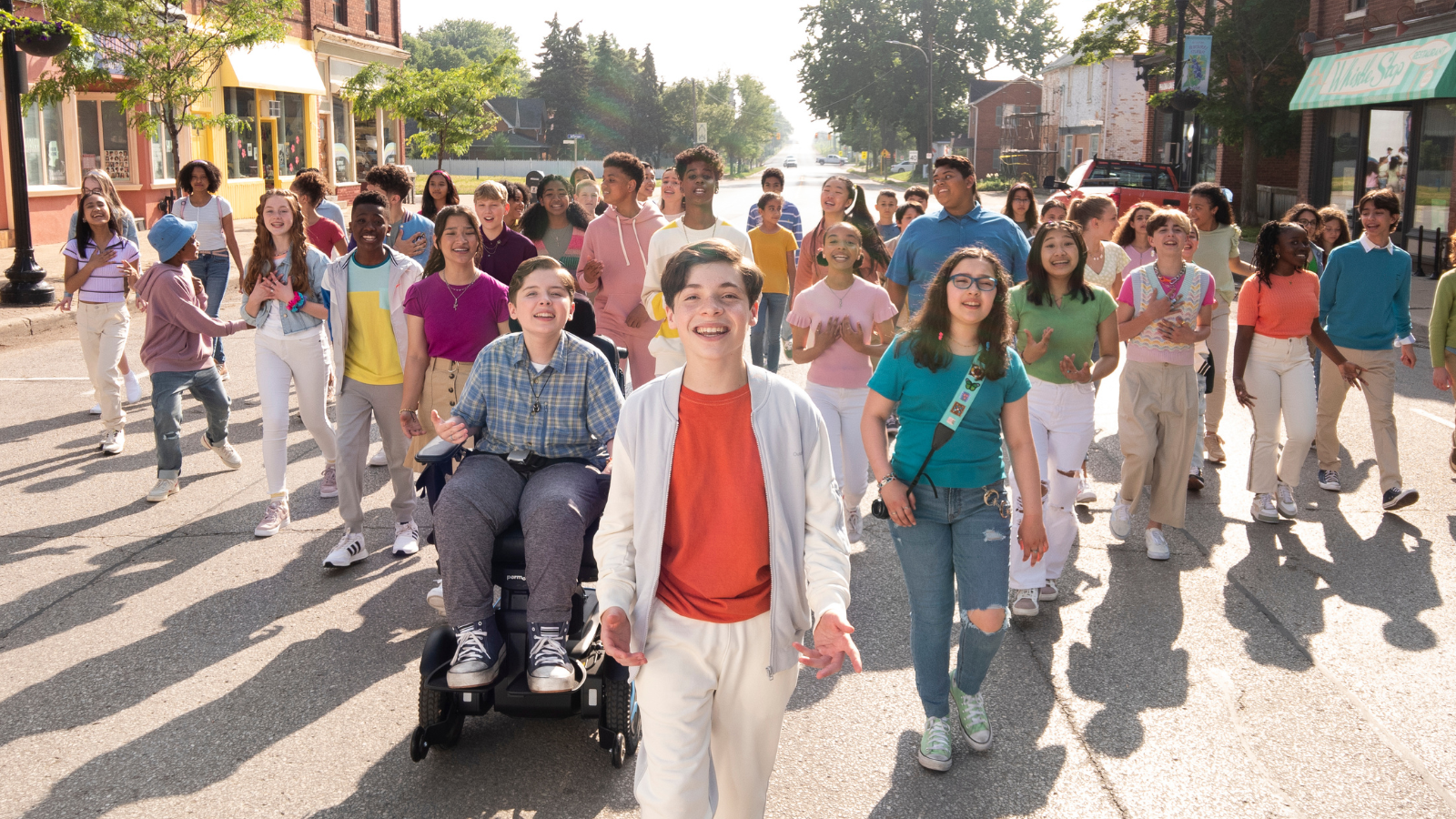 The cast of 13: The Musical | Photo: Netflix

The hottest ticket in town might just be a coming-of-age party for 13-year-old Evan Goldman. The trailer for 13: The Musical, coming to Netflix August 12, has been released and all of your favorites are there. Check out stars Eli Golden, Debra Messing, Josh Peck, Rhea Pearlman, and more below.

Based on the hit Broadway musical from Jason Robert Brown and Robert Horn, 13: The Musical follows Evan as he tries to turn his Bar Mitzvah into a shindig of epic proportions. Of course, it’s not as easy as that—along the way, our hero must deal with his parents’ divorce, navigate the complex social circles of middle school, and a new town.

The movie will feature three new songs, which will be included on the soundtrack, also debuting August 12 from Ghostlight Records. The album is produced by Harvey Mason Jr., with orchestrations by Mark Graham. You can listen to the title track ahead of the full LP dropping below.

After out-of-towns in Los Angeles’ Mark Taper Forum and Goodspeed Musicals in Connecticut, 13 premiered October 5, 2008, at the Jacobs Theatre. It quickly became a cult favorite and has enjoyed a fruitful life post-Broadway, including as an oft-produced show for high schools (naturally). The Main Stem staging featured a then-unknown Ariana Grande and Graham Phillips, who recently played Nick in a production of Who’s Afraid of Virginia Woolf? at the Geffen Playhouse.

This isn’t the first foray into theatre adaptations for Netflix. In 2020, the streamer released stage-to-screen takes on The Boys in the Band and The Prom. Up next will be Matilda: The Musical, premiering in late 2022.