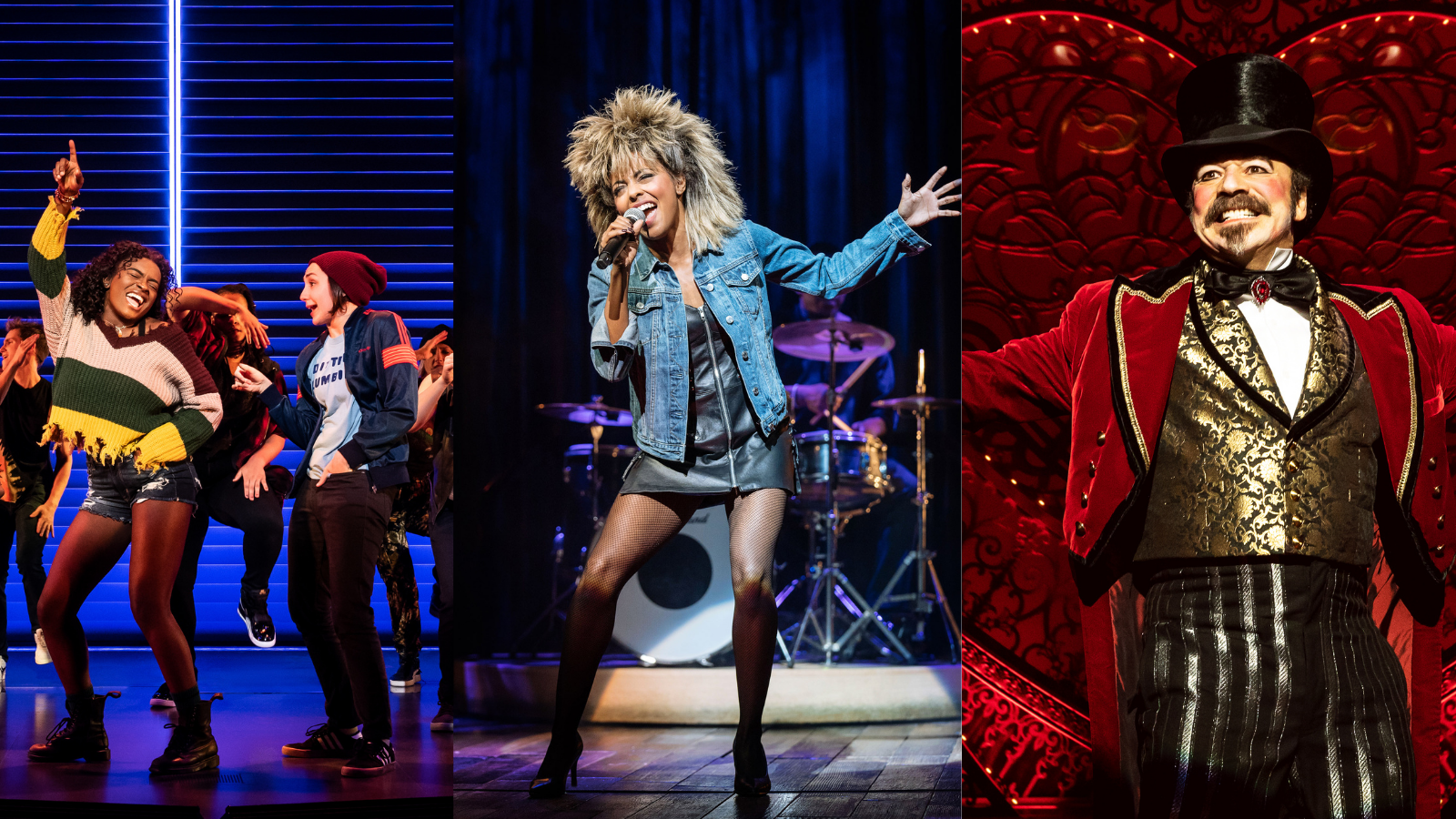 As we near this Sunday and the 74th Annual Tony Awards, which celebrates the Broadway season of almost two years ago, we at Theatrely got together to try and rack our brains and reflect on the 19/20 season. Editor-in-Chief Kobi Kassal, Chief Critic Juan A. Ramirez, and Contributing Writer Meg Masseron recently sat down to discuss this year’s Tonys and see the results of the Theatrely team’s ballot. We had 20 of our staff members fill out their picks and our conversation followed. It has been edited and condensed for clarity.

Meg Masseron: Very weird! There’s a strange mood around it this year. The trippiest thing for me is when I look at the ballot and see shows I saw all the way back in 2019… but I’m excited to see many great shows get the acknowledgement they deserve.

Kassal: Why don’t we hop into some categories and see how our colleagues here at Theatrely think Sunday night is going to pan out. Let’s start with plays!

Kassal: I think Slave Play will take the cake for sure.

Juan A. Ramirez: I don’t think there’s any way it won’t be Slave Play. I don’t remember the last time a play sent actual shockwaves through the landscape and launched a playwright into stardom like Jeremy O. Harris. Even if it’s within liberal coastal circles or whatever, it feels major.

Masseron: YES! Slave Play really shook things up in such an incredible way. I hope it takes home a lot of awards.

Kassal: Trust me Meg, I think it will.

Ramirez: Plus The Inheritance had that not insignificant backlash after opening in New York to mostly lukewarm reviews, even if it was “The Play To See” for gays that season… again in a way that hasn’t been seen since Angels.

Ramirez: This one is so strange, particularly because it feels like I saw Frankie and Johnny 8,000 years ago. I thought Betrayal was great—solid.

Masseron: That’s exactly what I meant about some of these nominations being trippy. It feels like time travel. I was living a totally different life when Frankie and Johnny opened. I will say A Soldier’s Play had phenomenal acting performances.

Kassal: I walked out of A Soldier's Play feeling like I had just seen a really great and important piece of theatre. I think with the stellar cast, production, and history behind the show, Soldier's Play will take it.

Ramirez: Listen: there are worse things than a Blair Underwood anything winning awards. In The Inheritance—the best thing I could say about any one of those performances is that they didn’t stand out—and with Betrayal, I thought Zawe Ashton gave the best performance.

Masseron: Also—kind of unrelated—just want to note how iconic it is that we have two of Taylor Swift’s exes in one category. What a queen.

Ramirez: It was a great triangular cast that really can’t function without each other (Charlie Cox being the third). I cannot comment on Ms. Swift being a queen but it is iconic that it’s in a TONY’S ceremony… that’s taste! Maybe she and Gyllenhaal should join Tom for another go at Betrayal.

BEST PERFORMANCE BY A LEADING ACTRESS IN A PLAY: 52.9% Joaquina Kalukango (Slave Play), 29.4% Laura Linney (My Name Is Lucy Barton), 11.8% Audra McDonald (Frankie and Johnny in the Clair de Lune, 5.9% Mary-Louise Parker (The Sound Inside)

Kassal: I mean, now THAT is a category. Each is very deserving.

Masseron: My money is on Laura Linney but my heart is with Audra.

Kassal: I think Slave Play will sweep and it will go to Joaquina, who certainly deserves it for that performance.

Ramirez: Audra is great in anything, though slightly miscast as a mousy waitress. Same goes for Parker, though I truly disliked that play. I was bored out of my skull during Lucy Barton—the most front-of-house Barnes & Noble bin story I’ve ever witnessed—though that wasn’t Linney’s fault. Joaquina was excellent in an excellent production of a mostly excellent play! I’m for her.

Kassal: While my heart will always be with John Benjamin Hickey, I think Ato is gonna take this one home for a fabulous performance.

Masseron: Again, A Soldier’s Play was so impactful, and it was because of what the actors put into it, but Slave Play was also just...sweepingly stunning.

Ramirez: I loved Ato (and the rest of that cast), though I remember James’ character making me gasp more through his excellent portrayal of vulnerable vanity. I saw Tony Goldwyn in Inheritance so missed out on Hickey.

Kassal: I am just not sure with this one, but I did adore Grand Horizons.

Masseron: I’m leaning towards Chalia as the most likely winner, and that would be incredibly well deserved.

Ramirez: I mostly remember Chalia’s Teá character as a duo with the other psychologist, though I know there was an interesting dynamic to their relationship. But, again, I think that production was incredibly cast!

Kassal: Is there any doubt Robert O'Hara is not walking out of the Winter Garden with a Tony?!

Kassal: And slipping over to musicals now! I do think we need to mention right off the bat not one of the musicals in this category has a completely original score.

Ramirez: I’m an avowed Jagged Little Pill stan since the ART days but the production does have its problems and, recently, controversy. I did not care for Moulin Rouge all that much, it felt like a college spoof. The magic of hearing songs mashed up on screen just feels like open mic night onstage! Haven’t had the chance to see Tina yet but I’ve heard it's basically just an Adrienne vehicle.

Kassal: 59% of our team thinks Jagged is going to take this one home. I think I am going to stick it out for Moulin Rouge but I am loving all of the pre-Broadway Boston tryouts in this category.

Ramirez: With Jagged, I do think (unlike… 99% of people) that the book absolutely pulls off all billion storylines.

Masseron: As a fellow Marymount Manhattan (as of December 2021) alum *cough* survivor *cough* I fully support giving Adrienne Warren all the vehicles. Give her a Tesla. Give her one of those two-level tourist buses. LET HER DRIVE ALL ACROSS TOWN. She can run me over.

Ramirez: Y’know, as a Bring It On: The Musical stan…. I’ll carry that energy into Best Actress! Though I have been battling with this…

Kassal: Adrienne will be getting her well, well deserved Tony finally.

Ramirez: I thought Elizabeth Stanley gave an electric performance and really grounded Jagged in a way that was necessary. That said... give Adrienne her the Tony

BEST PERFORMANCE BY A LEADING ACTOR IN A MUSICAL: 100% YES: Aaron Tveit (Moulin Rouge! The Musical)

Masseron: Could you imagine...just...if… It would be more iconic than Leo and the Oscars.

Ramirez: Aaron was good, he’s always good if not great. Was he great in Moulin!? Maybe not, but he wasn’t not-great enough to literally take out an entire category. Though it would be truly iconic and respectable of the Tony’s to be like, “We said BEST performance and we did not see one.”

Masseron: I have my gut feeling that Danny will be getting that award finally.

Kassal: He should have won for Fiddler and I will ALWAYS stand by that.

Kassal: An interesting category to say the least. I think the person who deserves it the most is Robyn, what she is doing 8 times a week at that theatre is stunning.

Ramirez: I will burn things if Lauren Patten doesn’t win for her absolutely barnstorming performance. And I think Kathryn was excellent as well. Have loved her since Spring Awakening! Celia was great but it’s strange seeing her in this category, since she’s more of a co-lead. Lauren and Kathryn do SO much with much smaller roles—truly great Featured performances.

Kassal: I think the world Alex was able to create is unmatched.

Ramirez: I’m pretty okay with him taking it — that production is all direction! Plus I can always pretend it went to him for Here Lies Love.

Kassal: Do we think Diablo Cody is gonna take it home?

Masseron: Jagged seems to be very focused on storytelling above all else as a production, whereas others might focus on an equal mix of music, story and choreography. I’d love to see it go to Moulin Rouge though.

Ramirez: And, well, she won the Oscar for Juno (love), let’s get her halfway to an EGOT. HBO: Give her a miniseries! Plus, though they’re all jukebox musicals, Jagged is the only original story.

Kassal: And now for the most hilarious category of the evening. Our team is pretty evenly split.

Ramirez: I don’t really go to plays striving to remember their score so this category seems like a troll.

Masseron: I certainly would not ever, in any universe, remember the score of A Christmas Carol - sorry! Can I vote The Sound Inside solely based on the irony of “sound” being in the title because this category is -Too Much- for me to think back on — especially since most of this is from THE YEAR 2019.

Ramirez: I almost wish they’d changed the category to Orchestrations for this year!? So Jagged could win for its arrangements! And Moulin Rouge could lose because, oh my god I hate its mashups so much.

Kassal: I could debate with you both all night and we haven’t even touched design categories which deserve just as much love, but let’s save those for another day! Any closing thoughts?

Masseron: It also doesn’t seem right to me that there was so much space in the Leading Actor in a Musical category for nominees and Percy Jackson didn’t get one. Even if it’s guaranteed Aaron wins, just adding “Tony nominee” to your name can be life-changing.

Ramirez: It’s possible Tony voters didn’t even see Percy Jackson because they didn’t expect to have space to fill?

Ramirez: I do think it’s interesting how having an awards ceremony almost 2 years after having engaged with any of these shows flattens out my enthusiasm for them and sort of shows how insignificant awards are. In a lot of ways, we’ve all moved on from these shows, picked up the ones we’ll take with us into our futures, and moved on with our lives. To go back and say, “Oh this one is OBJECTIVELY better” at this point, seems…silly. Of course I love the Tonys and awards seasons! But this feels like a strange exercise that could’ve just been a zoom/streamed event like most other awards ceremony in the past year

Kassal: Well here’s to a wild year and what I’m sure will be a wild Tonys. I look forward to spending it with both of you and the whole team at Theatrely.

Masseron: Conspiracy theory: all this chaos was set into motion by CATS (2019).

Ramirez: Can’t wait for the next season!

You can watch the 74th Annual Tony Awards hosted by Audra McDonald and Leslie Odom Jr. this Sunday, September 26, 2021 starting at 7pm ET on Paramount+ and then switching over to CBS at 9pm for a special presentation and concert of The Tony Awards Present Broadway’s Back!