75 Years Later: Predicting What the 2097 Tony Awards Will Look Like 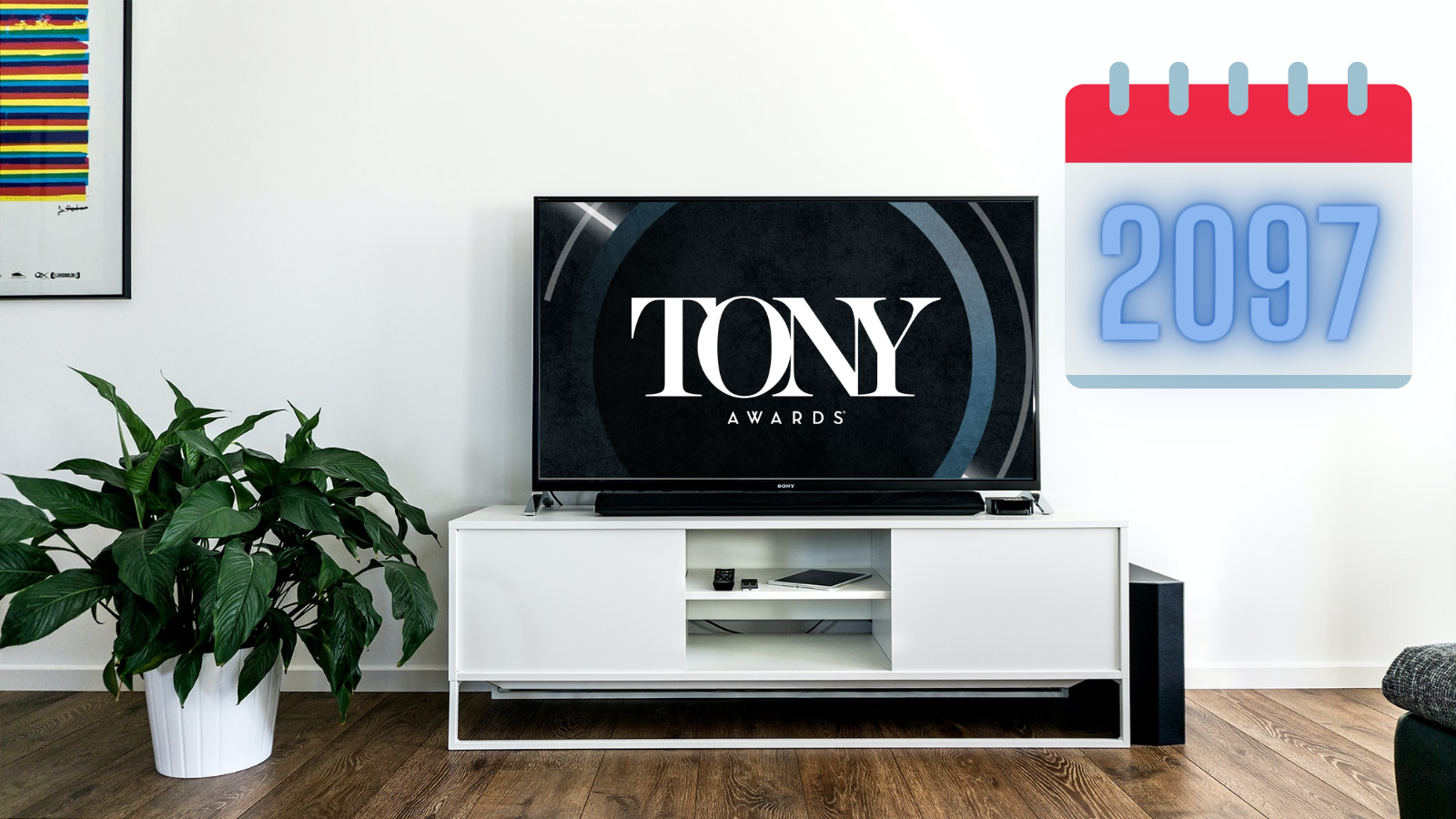 Robots, ensembles, and the Palace Theatre—all three of these and more have made a major impact at the 150th annual Tony Awards. “Wait a minute, that’s 75 years from now!,” you must be thinking. Ahead of the 2022 Tony Awards, celebrating its diamond anniversary this year, we’re taking a look into our crystal ball to make some predictions about how Broadway’s Biggest Night might look different in the future. Check out our guesses below!

In 75 years, the Tony award voting body will be..., well, everyone! Think Who Wants to Be a Millionaire? audience voting or American Idol–style call-in responses, except in the year 2097, it will be even easier. During the ceremony, all self-proclaimed “theatre people” will receive pop-up notifications on their high-tech devices, allowing fans across the world to vote for their faves throughout the night. The voting will happen live, so there’s bound to be a few technological issues, but that’s just part of the fun!‍

In 2097, all of the Best Original Score nominees are composed by robots. More precise yet more experimental than humans could ever be, the field faced an inevitable takeover by AI. While several machines had created successful musicals before (plays are less successful, lacking the ability to create emotionally driven narratives), the Tony Awards Commission refused to consider the works eligible—until the 2094 U.S. Presidential Election changed everything, of course.

Our most beloved witches, after years of defying all that gravity, have taken home the statue for Best Revival of a Musical, 94 years after its Broadway premiere. After closing the original back in 2048, Universal Pictures thought it was the perfect time to bring back the iconic musical where it is now playing at the Patti LuPone Theatre (formerly known as the Broadway Theatre).

After debuting as a category in 2025, the once-favorite celebration of an entire cast has been handed a closing notice. No one can pinpoint exactly when this award fell out of public favor, but recent wins for a hologram-only revival of Mamma Mia! and the ill-fated musical adaptation of Avengers: Endgame certainly didn’t help its case.

Despite many protests, lobby sit-ins, and GoFundMe pages, Radio City Music Hall gets demolished in 2076. Since then, a number of Broadway theatres have tried to become the de facto host, with the Palace currently in the lead after hosting 8 times in the past 20 years. After getting a massive facelift in 2022, the storied venue needs a few tweaks, but we’re talking Botox, not a full nip/tuck.