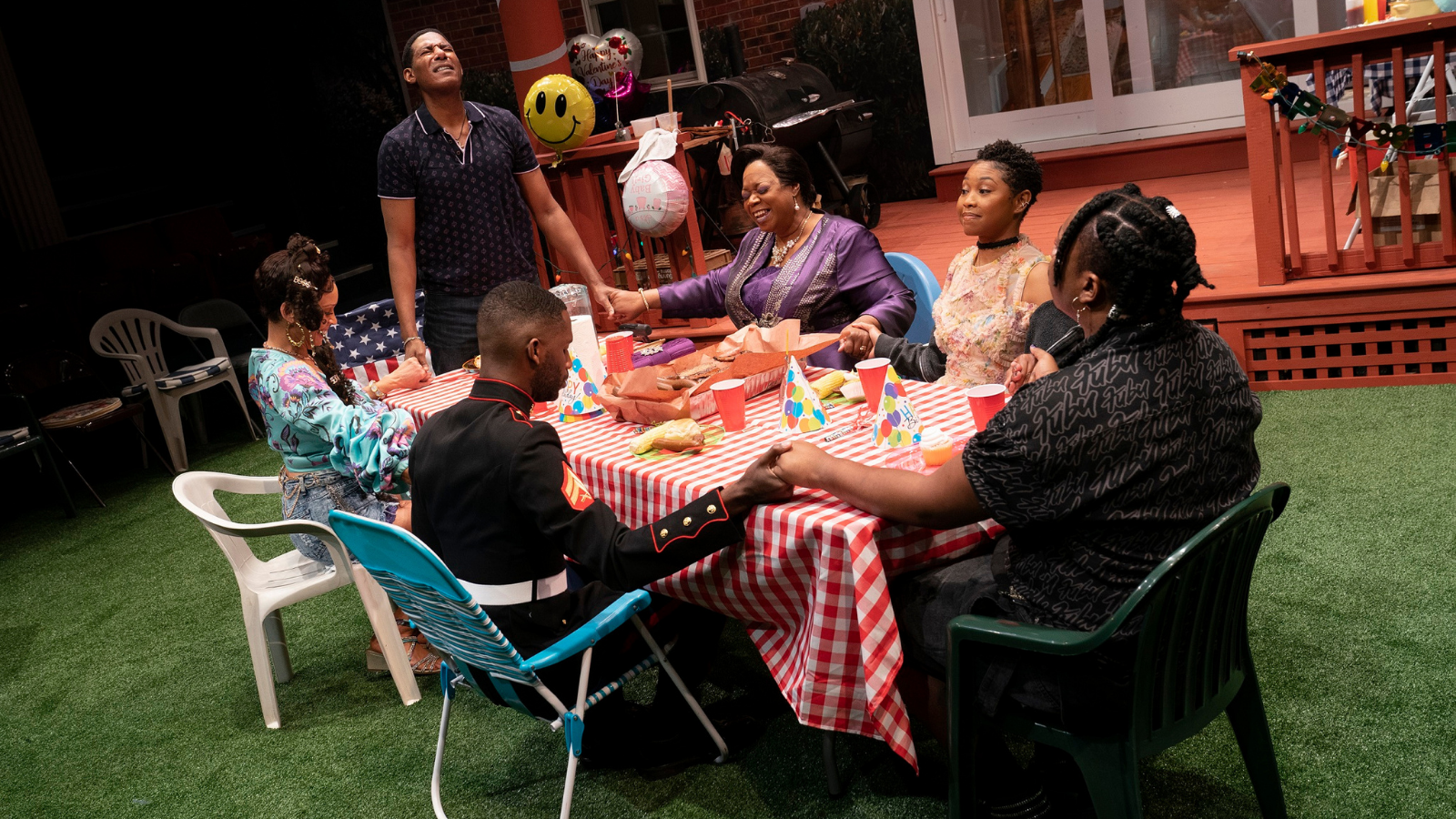 There’s been a call for a new set of aesthetics lately, one I reject with about as much energy as I have hope in the arts: an increasingly vocal need for dramatic narratives to foreground “joy.” It comes from a sentiment borne, I think, out of a valid critique of the ways in which the act of storytelling is, if we don our most cynical academic glasses, inherently exploitative; someone else’s story is being told for nebulous benefit. It makes sense when we consider how marginalized stories have been bought and sold. After a certain point, and with so much suffering going around, we don’t need to retread the trauma of slavery when telling Black stories; when telling queer stories, we don’t need another “bury your gays” narrative.

So we get diversely-cast series like The Gilded Age, or queer-led dramas like The White Lotus, that don’t foreground their marginalized characters’ “otherness” in favor of simply telling their stories.

But to actively expel any kind of tension, dramatic or otherwise, when telling these stories is a disservice to both the groups they are meant to represent, and to the whole of art itself. Too many narratives lately have “led with joy,” and to trace that understandable impulse means simply to glance at how and when marginalized people pop up in the news: assassinations, legislature, hate. Still, what is gained from holding hands and smiling, letting our eyes glaze over with toxic positivity?

When voicing my dissatisfaction with this trend, I usually turn to the Greeks: “Do you think Aeschylus led with joy? Would Aristotle find catharsis in a happy-go-lucky Medea?” Would we remember?

And, speaking of the tenets of Western theatre, there’s that English guy…

Fat Ham is the crystallization of all my current grievances. James Ijames’ play, freshly awarded the Pulitzer Prize for Drama, quite literally asks the question: What if we sapped all the blood from Hamlet, and gave him some sexy trade as a romantic interest, instead? What if Shakespeare’s warning against paralysis in the face of encroaching harm did some breathing exercises modeled on self-help infographics because you deserve it, you smol bean!

It starts promisingly enough, a modern-day retelling set at the Southern funeral cookout held in honor of the late Pap (a frightening, funny Billy Eugene Jones), recently killed while serving time for continuing his family’s own cycle of violence. His quiet son, self-proclaimed queer “empath” Juicy (Marcel Spears), aspires towards a career in human resources—a decision his mother (Nikki Crawford, dazzling) threatens to thwart after shacking up with his uncle Rev (Jones again), who moved onto mom suspiciously fast.

Pap begins to manifest his ghostly presence through some delightful practical stagecraft (illusions designed by Skylar Fox) and a smokin’ white tux (costumed by Dominique Fox Hill). He briefly spooks the lovable stoner Tio (Chris Herbie Holland) before making his intentions clear to Juicy: he must avenge his father’s death by killing Rev, who set up Pap’s own demise.

Tio unfortunately disappears for most of the play as the tough-love Rabby (Benja Kay Thomas) drops by with her two kids in tow: Opal (Adrianna Mitchell), who hates the dress her mother’s forced her to wear and finds queer fellowship with Juicy, and the handsome, Marine-trained Larry (Calvin Leon Smith), not too far behind.

Ijames is incredibly adept at writing playful, fresh dialogue, lively with humor and a winking reverence for the Bard. Saheem Ali fluidly directs the stellar cast, leaving no room for fat in this often-sumptuous comedic retelling. It’s all good fun but, after a while, you wonder, what it is we’re doing here.

Though early scenes mine timely differences between Elsinore and the modern American South, with its generational traumas and familial obligations, Fat Ham begins to feel a bit like Shakespeare for those unwilling to cope with fictional anguish. As the assembled youth mull over what the sins of their parents have left for them, Ijames’ writing turns from introspective to faux-therapeutic, and the narrative softens until all weight is gone. By the time the bloody, preordained conclusion arrives, he takes his most marked departure from the original, landing softly on a pillow of inane feel-goodery.

The intention is to question why such narratives must end in bloodshed, and why we’ve come to expect violence as our only conclusion, but Ijames has not seasoned his adaptation with enough salt and spice to launch this examination, instead sugaring everything into a sticky-sweet melange of the worst aspects of, ahem, woke culture. To spare his queer, Black characters from a messy grave is a valiant effort, though Hamlet is a puzzling choice for this type of intervention—last I checked, Danish royals weren’t scrambling to be joyfully represented onstage.

In Hamlet, the “sweet prince” was unable to act on his doubts, and everyone around him paid the price. In Fat Ham, our saccharine lead chooses joy, resulting in drama-free inaction. As current political passivity results in horrifying despair, I say we try the other alternative.

‍Fat Ham is in performance through July 3, 2022 at the Public Theater on Lafayette Street in New York City. For tickets and more information, visit here.