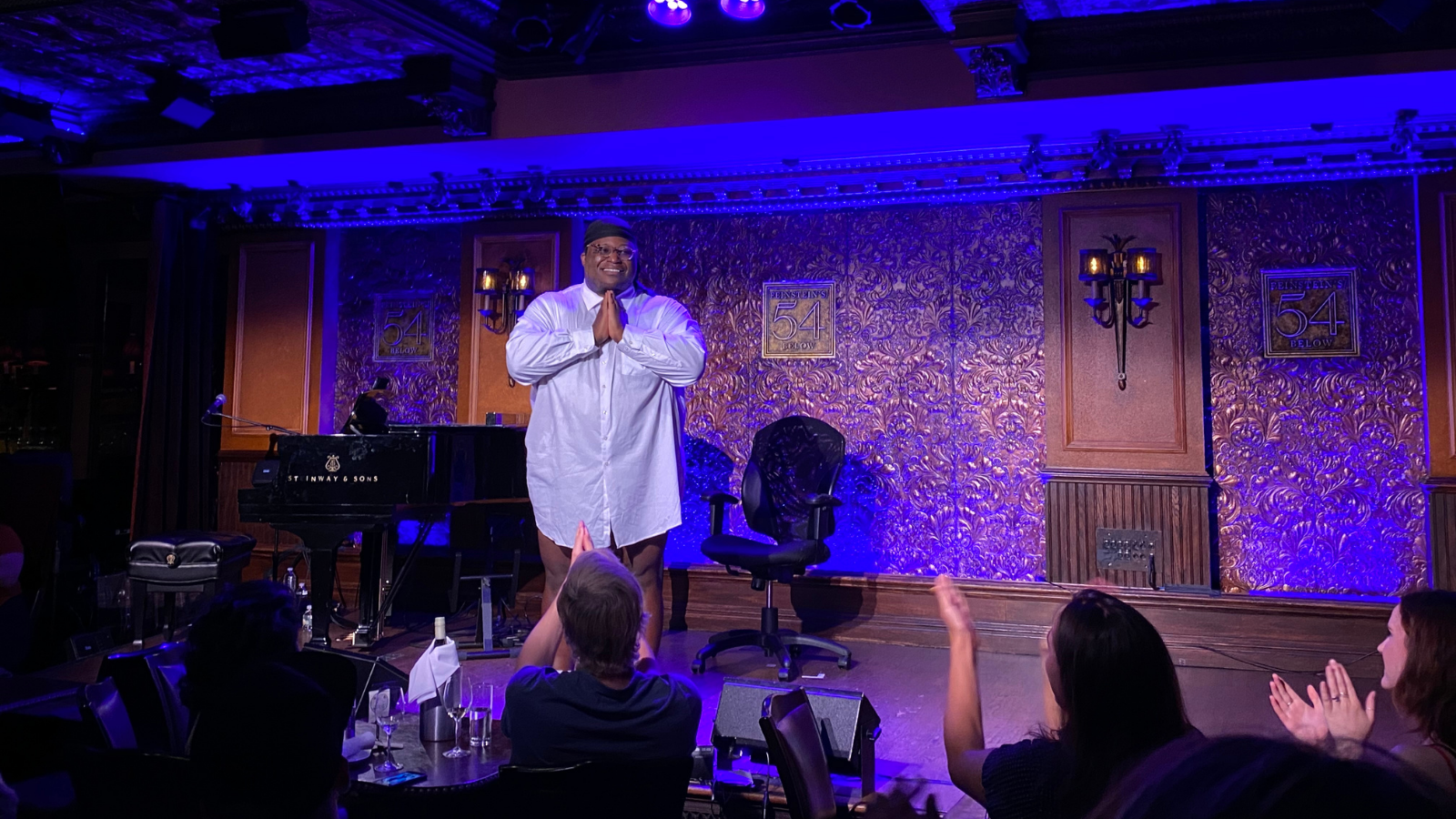 Larry Owens performing at Feinstein’s/54 Below this past weekend
By
Juan A. Ramirez
No items found.
on
Category:
Features

Ah, to taste glory before being teased with its disappearance. It’s not even mid-week and already the threat of New York City sh*tting d*wn again looms large. But at least I had this past weekend to love before the possible loss.

It was a tough choice, deciding against going to a live reading of Brontez Purnell’s excellent book 100 Boyfriends held at MoMA PS1 last Friday. I never expected that deeply personal work to receive any kind of live staging, but it was (rather geniusly) spread across a variety of readers from the author to performer Justin Vivian Bond to adult star Ty Mitchell.

A friend who went, however, assured me it was quite the night when I ran into him on the train back from my own Friday evening entertainment – an open-air Adrienne Warren concert at Bryant Park. Yes, my first post-pandemic concert (circuit parties do not count, sorry DJs) materialized straight out of last week’s column, and it Did. Not. disappoint.

I already knew Warren was a star, but I did not expect her to be an expert setlist curator. Starting with “Rolling in the Deep” before going into Tina Turner, In the Heights, and a stunning “She Used to Be Mine”, she proved herself a friendly, generous emcee. She also, it must be said, pulled a ‘Kanye allowing Nicki the best part of his album’ in allowing Amber Iman to stop the show absolutely cold with a mostly a cappella version of Nina Simone’s “Be My Husband”. I’m at a loss for words regarding the performance, which had to be seen to be believed, but the casting gods should know there is now only one choice to play Simone in any future projects.

Words were the name of the game at the final night of Larry Owens’ spectacular Sondheimia at Feinstein’s/54 Below, with the preternaturally gifted performer tearing through 23 of the wordy writer-composer’s numbers to a stunned Saturday night crowd. Stunning crowd, too, with Minnie Driver, Tommy Dorfman, Aminatou Sow cozy in the midtown spot’s booths, cheering the reigning Obie- Lortel- and Drama Desk-winner’s cabaret.

I found myself sitting with the legendary Tracie Bennett and Christina Bianco, who, like me and Company-obsessive Kyle Turner, spent the better part of the next three hours parsing through just what makes Owens such a gifted interpreter of Sondheim. Bennett called him a “master of the room,” wowed at his ability to keep the audience hooked without distorting the words’ intended meaning. Words, mind you, the audience has likely known since some cursed performing arts camp back in their day. The cherry on top was seeing the two, chatting away on the fringes of the afterparty, hopefully cooking up some deranged but delightful projects of their own.

Now, I’ve heard “The Miller’s Son” dragged through every would-be ingenue’s semester showcase enough to steer clear of that number, but Owens imbued it with a liveliness both impressive and absolutely coherent. None of his choices––in that, or any other song––felt strained, or intentionally against the grain. No, as Bianco noted, his stylings are more “reverential pop––not bastardized for the radio, but not conforming to the norm.”