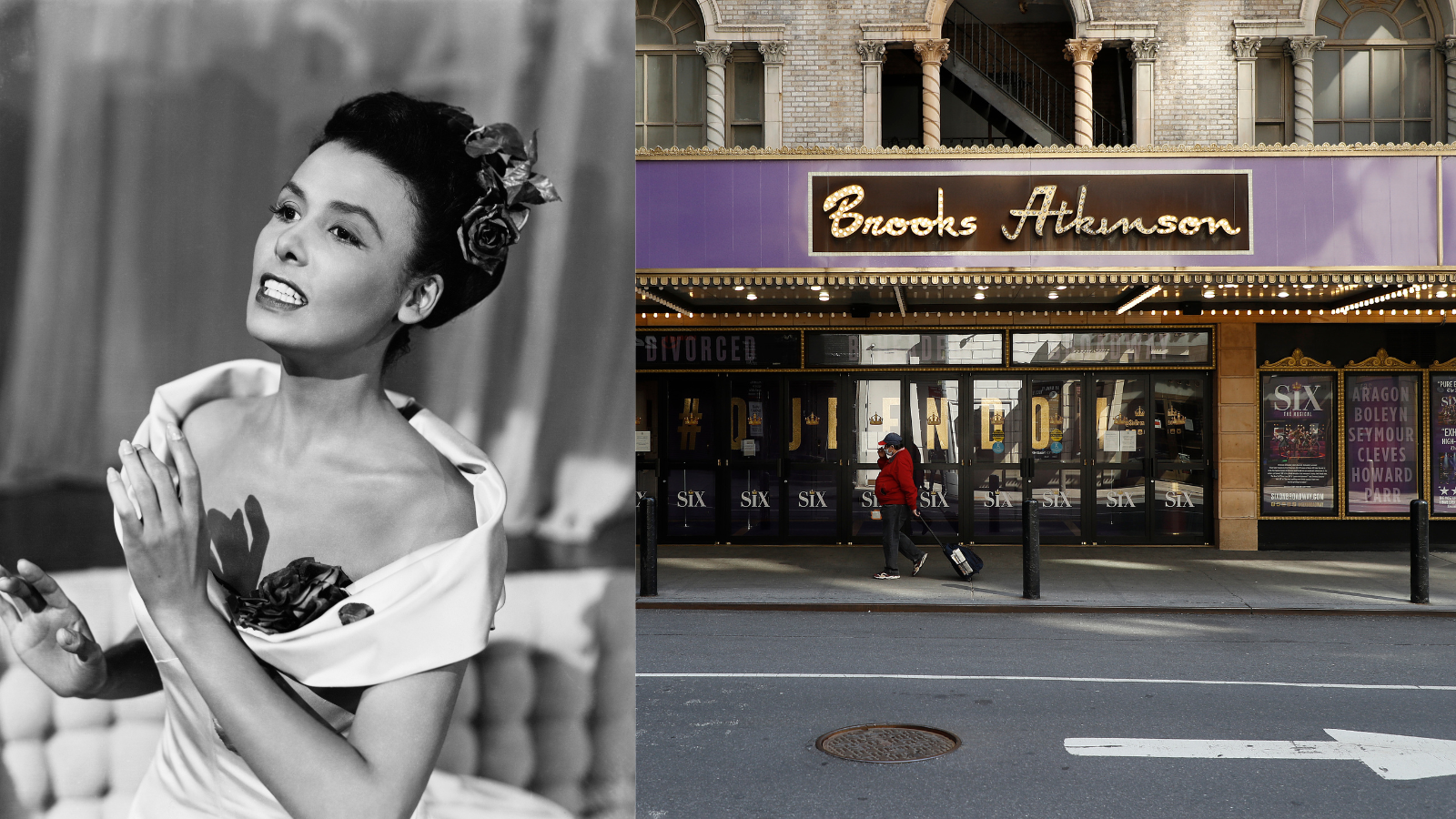 The theatre industry’s calls for change continue to be answered. The Nederlander Organization has announced it will rename the Brooks Atkinson Theatre after stage legend Lena Horne. The Lena Horne Theatre will be the first Broadway venue to be named after a Black woman. Earlier this year, it was announced the Cort would be renamed for James Earl Jones.

‍The New York Times reports the decision follows an agreement between Black Theatre United and Nederlander that required one of their nine Broadway spaces to be named after a Black artist. According to the report, the theatre name change will take place some time this fall, with more details to be revealed later.

Surely no coincidence, Horne made her Broadway debut in Dance With Your Gods in 1936 at the Mansfield Theatre, which is now the Brooks Atkinson. She earned a Tony nomination in 1958 for her performance in Jamaica and received a special Tony Award in 1981 for her solo show Lena Horne: The Lady and Her Music. Her other Main Stem credits are Lew Leslie’s Blackbirds of 1939 and Tony and Lena Sing, a concert with Tony Bennett.

On top of her long career as a performer, Horne was a preeminent activist for civil rights. She visited military camps for the USO during WWII, but soon began her own concert series after witnessing numerous racist incidents and practices. Later, she spoke at the March on Washington in 1963, and was awarded the Spingarn Medal from the NAACP in 1983.

The soon-to-be Lena Horne Theatre has 1,031 seats and is currently home to Six: The Musical, a female empowerment ode to the wives of Henry VIII. Six will compete at the 2022 Tony Awards for Best Musical, Original Score, and in several other categories.