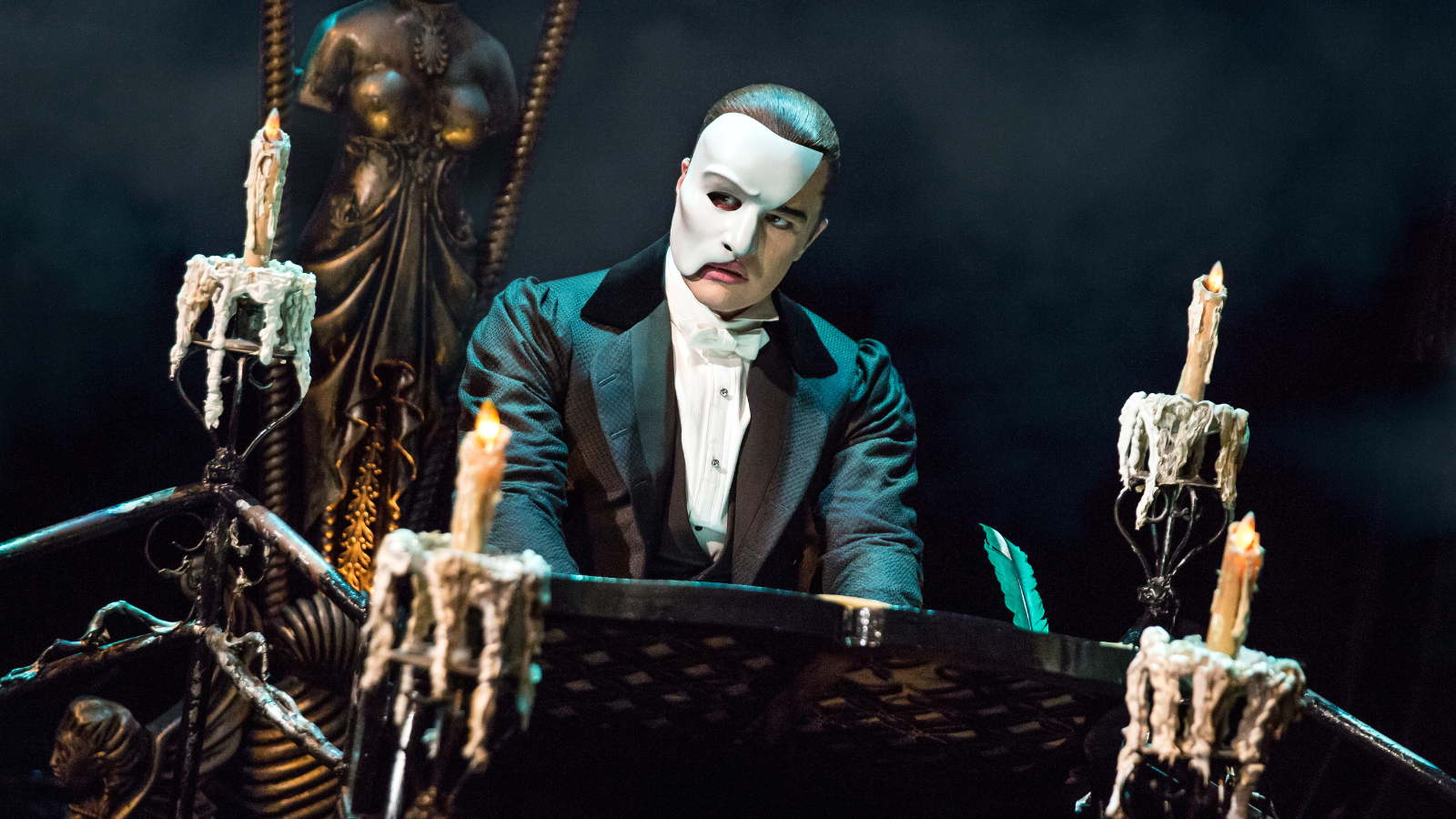 Ben Crawford in The Phantom of the Opera on Broadway | Photo: Matthew Murphy

It was the Phantom in the rafters with the chandelier! Wait, maybe it was Miss Christine Daeé in the dressing room with a vase? NO! It was definitely Madame Giry in the lobby with a poisoned champagne flute. Presumably, all the answers will be revealed in the The Phantom of the Opera-set upcoming first season of The Show Must Go On.

‍Deadline reports the new anthology series will arrive on Peacock at some point in the future, but there are plenty of details to tide us over until a release date is announced. For example, Andrew Lloyd Webber is attached to the project as executive producer.

The project is the brainchild of Austin Winsberg (Zoey’s Extraordinary Playlist), with each season tackling a different, fictitious televised musical event in which someone is murdered in the days leading up to the big premiere.

Winsberg will serve as head writer with Richard Shepard directing the pilot. They’ll also be EPs alongside Lloyd Webber, Robert Greenblatt via his The Green Room banner, and Eric and Kim Tannenbaum of The Tannenbaum Co.

There’s no plan to stage a full production of The Phantom of the Opera within the The Show Must Go On, but reports suggest parts of the longest-running show on Broadway will make it into the script, including musical performances, and hopefully, a crashing chandelier!

Should it get picked up, the show has a real opportunity to become a Broadway lover’s favorite, a la Only Murders in the Building and High School Musical: The Musical: The Series. The crossover opportunities are endless!

The news follows on the heels of the casting announcement for the very real and upcoming TV musical special, Beauty and the Beast: A 30th Celebration. Joining H.E.R. as Belle will be Joshua Henry as Gaston, Josh Groban as Beast, and Rita Morena as the Narrator.