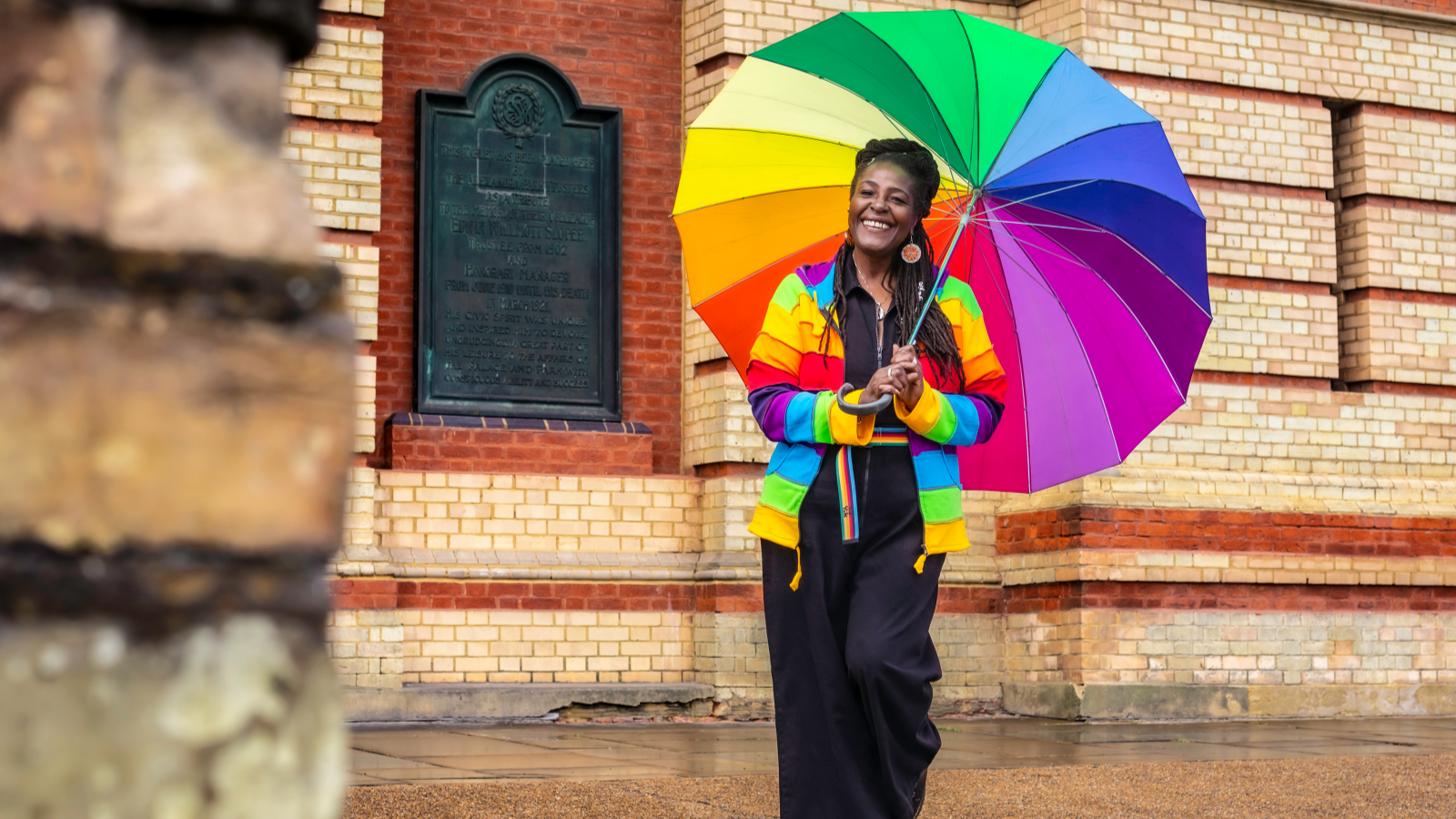 Sharon D Clarke is on a roll. Having wrapped up her performance in Caroline, or Change, the star will return to Broadway next season in a revival of Arthur Miller’s Death of a Salesman—and audiences couldn’t be more excited to welcome her back.

Ahead of this year’s Tony Awards on June 12, in which she’s competing for Best Leading Actress in a Musical, Theatrely sat down with Clarke. Together, we chatted about everything under the sun—check it out below.

‍This interview has been edited for length and clarity. ‍

‍So what is the moment in Caroline, or Change in every performance when you said to yourself, “Wow, I’m amazing!”?‍

I don’t think I said [that.] My thought was, “This is amazing, the fact that I’m here.” I can name you that moment…about two weeks in the dressing room for the show, I’ve got my music pumping, Chic comes on and it’s “Le Freak.” And I’m sitting there...putting on my makeup and the lyric is (sings) “Come on down to the 54” and I’m like “Jesus Christ, I’m here! I’m actually here in the 54.” It’s that kind of thing for me.

‍Do you have any funny backstage stories from your time in the production?

‍I’m going to be honest with you: I spent so little time backstage [laughs]. I know there was a lot of stuff happening backstage… a lot that I wasn’t there for. There was a time when Tamika Lawrence was making a spoof of doing an Instagram takeover at Caroline, or Change and just interviewing different people. I had an exchange with her that was funny, it was just nice to do something different and that was a laugh and I enjoyed that. That will be out there somewhere.

‍Did you have a favorite song that you like to perform every night? ‍

I had songs that other people did that I liked. I love “Salty Teardrops.” I just thought that was just wonderful. Nasia and Nya and Harper sang so beautifully with gloriousness. I also liked Emmy's epilogue. It’s hard to do those two things... just the hope, the baton passing the realization of who one is and where one comes from, and how that instills and nurtures and sets you up for life. And Samantha Williams, just singing so beautifully with such courage, oomph, delicacy, joy, strength, and groundedness.

‍How has your understanding of and connection to the show evolved since when you first stepped into the shoes of Caroline?

‍When we got to the West End, I was really glad that I’d had the chance to do it again, because when we finished Chichester, I said, “That doesn’t quite feel finished. What I did was alright but there’s other places we could go.” And then I got the opportunity to do that in Hampstead... so by the time we got to the West End, it was like, “Okay, I feel settled, I know where I am, let me try [something new].” And even up until the last night of Broadway…I was able to do a different thing and it would mean nothing to anyone but me.

‍Did you ever have any moments like that you weren’t prepared for?‍

There was one night where we were doing the first scene where you see Rose and Caroline together, and the revolve turned but didn’t turn all the way. We had to re-block ourselves while we were doing the scene, and I bent down to put the washing into the machine. Caissie Levy, just as an aside, goes, “I like what you’ve done with the place.” [laughs] And I had to do everything I could to just hold it down; no one in the audience would have had any clue. She didn’t say it loud enough that anyone would hear. She didn’t break out of character, but it was just that little tiny aside as it went round, and it’s that kind of stuff [that I love]. When you trust each other and you can have fun in a moment because of what’s happened and then just carry on. It’s brilliant.

‍Looking ahead you have Death of a Salesman, what are you most excited for American audiences to see with this revival?

‍Having the Loman family as a Black family within a white institution…heightens, enriches and deepens Arthur Miller's words in a way that’s so visual. When you can see that disparity, when you can see that glass ceiling, it’s all the more [impactful]. When you see an elder black man on his knees in front of a young white man, lighting his cigarette to try and keep his job, it's on a different level. You see it in a different way than you have before, because the disparity is so clear. And one of the things that I loved in London is that people would see the show and they would say, “Have you changed the script?” and I’d reply, “not one word has changed.”

‍That sounds really similar to how The Skin of Our Teeth was able to tackle contemporary issues with an older text. It makes you think about issues that people don’t reflect on, and I think it’s time to finally push them to do that.

‍It’s always been time, baby. [It’s exhausting] to keep pushing this forward. You know, when you think about Caroline, or Change being written in 2003, set in 1963, it’s when the Civil Rights Movement is a burgeoning movement. Now, here we are again in 2021 and we’ve got the Black Lives Matter movement, and I think “what’s changed?” Things might have different names, but the situations are exactly the same. The cry is exactly the same, the foolishness that is happening is exactly the same. And it keeps on repeating…how much change do we have to have before we actually have change? When will we stop chatting about change and action change? You know, it’s terrible—it just gets me so upset…that’s why it’s great for me to do plays and shows like Caroline or Death of a Salesman, because you can just let it out.

‍How do you find a release for that anger in a piece of theatre?‍

You can hold up the mirror. If we change one person’s thoughts and get that little butterfly effect where they start behaving decently and remember kindness and love…do business with love, live with love. If we lived by that philosophy, we’d all be better off, because there’s too much madness happening in the world.

‍In terms of this mirror, is that a responsibility that weighs on you at all or is that something that you’re excited about?‍

The latter. It’s the “Look at me. Look at us. Look at us as a society, as artists, as creatives, as journalists, as people who are trying to show the world the message.” If we have chosen that profession, then that profession has chosen us. We tell stories—we hold up the mirror to have a chance to continue to do that in this fashion, and I feel an honor to do that. If it changes, if it transports someone to someplace they’ve never been, or it makes them think about something in a way that they’ve never thought, if it moves them, if it touches them in any way, shape, or form, then it’s worth it. ...It’s my way of being political.