Jesse Tyler Ferguson, Jesse Williams, More TAKE ME OUT Stars on the Intersection of Theatre and Sports 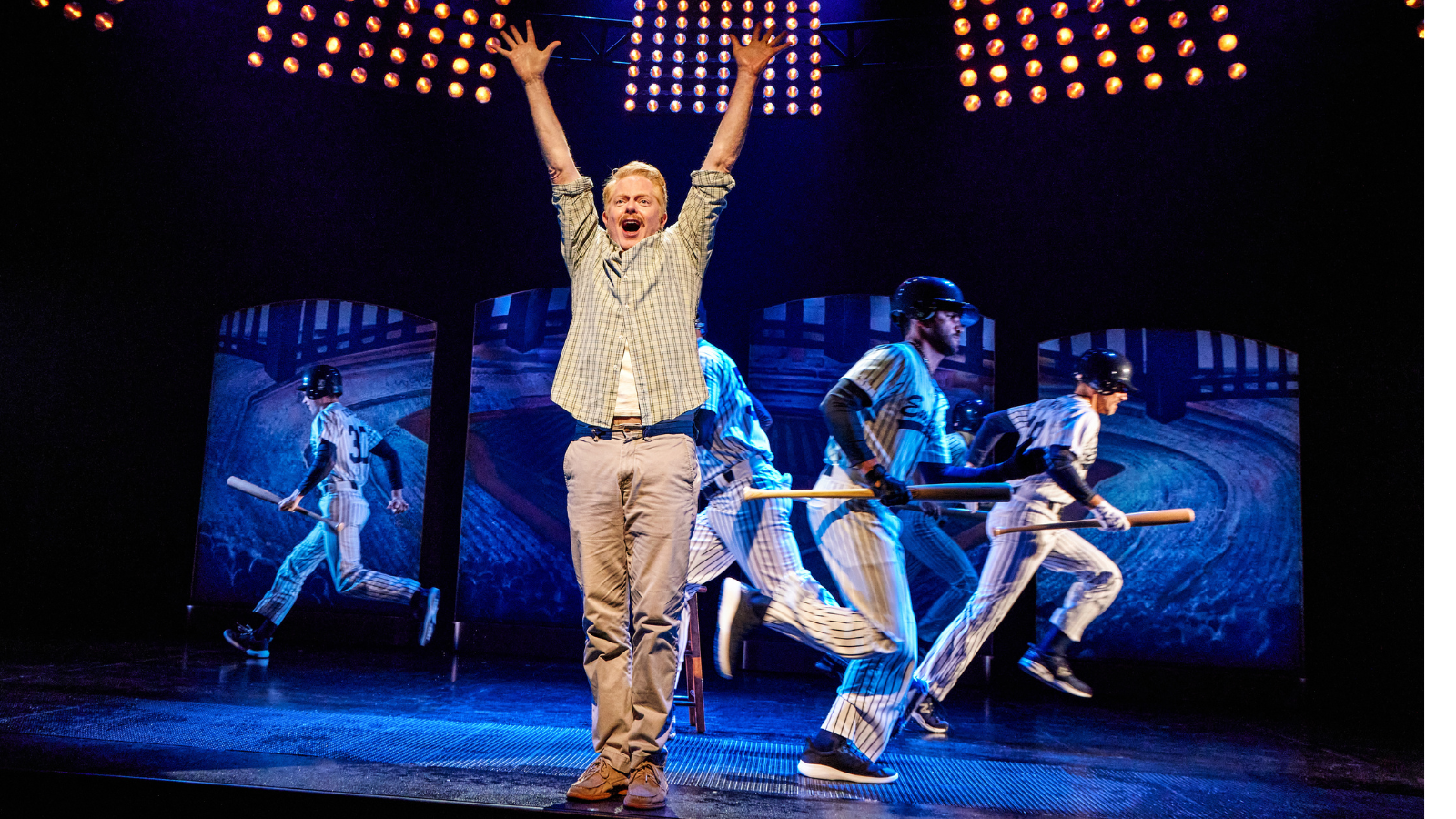 Jesse Tyler Ferguson in Take Me Out | Photo: Jeremy Daniel

There’s a misconception that fans of sports and theatre don’t cross paths. Given the bright lights and spectacle of both, it’s somewhat surprising that people don’t automatically pair them together like peanuts and Cracker Jack. The cast of Take Me Out, including Jesse Williams and Jesse Tyler Ferguson, knows the truth, though. Performing arts and athleticism have a string of parallels that create a bridge built out of community, competition, and creativity.

Ahead of their return engagement now playing at the Schoenfeld Theatre, the stars of the Tony-winning revival shared their thoughts on the intersection of theatre and sports.

Jesse Williams, who stars as the newly out baseball player Darren Lemming, says the most obvious parallel is the desire to serve your teammates on stage. “All my time as an athlete certainly has helped prepare me for an ability to stay myself in front of a group and not disappear into some other thing that’s chasing a laugh or attention,” the Grey’s Anatomy star said.

There’s a certain physicality of athletes that compliments acting, adds Brandon J. Dirden, who used to teach drama while studying in graduate school, and revealed football players were the best non-actors in his class. Now, Dirden plays one of Darren’s closest friends, who ends up shunning the player for revealing their sexual orientation. “[Athletes] have such a desire to win, and that's what acting is about. You’re on stage and you want to win. You want to demolish whoever is across the stage, in a healthy competition type of way. You’re going after something, and in good plays, what you want and what the person in the scene opposite you wants are two very different things.”

For Michael Oberholtzer, who plays Shane, the newest member of the Empires, Dirden’s observation gleaned in grad school goes both ways. “There's a lot of really great actors who talk about training like an athlete,” says the Tony nominee. “It’s not an idea that’s foreign to me. When you’re in the middle of a play that’s about a team and you have a company...there's so many parallels.”

For some cast members of Take Me Out, the Richard Greenberg play directly affected their own personal relationship with sport. Jesse Tyler Ferguson won a Tony Award earlier this year for playing Darren’s new accountant Mason, a man who is completely oblivious to the sport but quickly falls in love. His rousing monologue about America’s favorite pastime is a highlight in the show. “I feel like baseball is a way in for a lot of people with this play. I loved this play 20 years ago, and I’m not a sports fan. Baseball’s a catalyst for the story, but it’s really about relationships, masculinity, internalized homophobia, and so much more.”

Hiram Delgado, who plays Martinez, said Mason’s speech resonates a lot since he wasn’t the biggest fan of baseball to begin with, even though he often watched it with his family  “I grew up in Puerto Rico, [where] baseball is very present. Roberto Clemente in Puerto Rico is like a god, literally.”

Just like for the actors on stage, the play opens up something for audiences, a phenomenon that Ken Marks, who plays team manager noticed as well. “When I watch the great athletes perform, like the best actors on the stage, they take a lot of their cues from the energy in the house. The energy that the audience is giving them, it becomes a give and take.”

‍Take Me Out takes that synergy to the next level. It’s a rare piece of art that manages to draw in audiences from around the world with varying interests. Some love baseball, others want to see a TV star, and even more just want to see a good play. Divided interests fall away as a team comes together on stage, the patrons all rooting for the same outcome: a great night at the theatre.

Bill Heck, the newest member of the cast as Kippy on stage, perhaps sums it all up best: “You don't get the athletics and arts crossover all that much. So that's really satisfying to see those worlds collide in a way that is so true to both of them.”