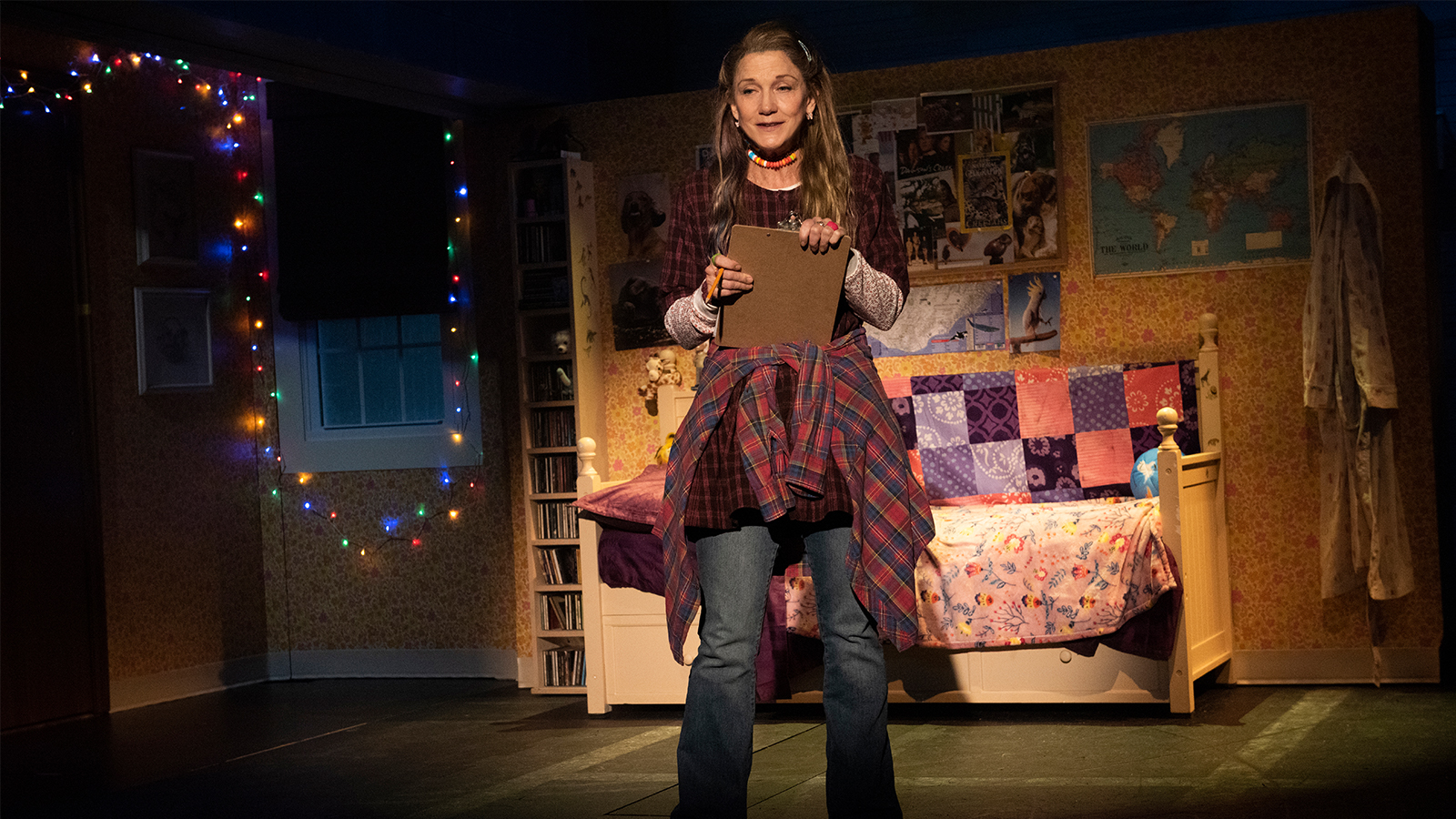 The Broadway transfer of Kimberly Akimbo has found its home: the Booth Theatre. As previously announced, the musical will begin performances October 12 with an opening night set for November 10.

In addition, the complete creative team for the show has been announced. Kimberly Akimbo will feature scenic design by David Zinn, costume design by Sarah Laux, lighting design by Jeanette Oi-Suk Yew, sound design by Kai Harada, projection design by Lucy MacKinnon, and wig, hair, and make-up design by J. Jared Janas. The production’s music director is Chris Fenwick, with orchestrations by John Clancy, and additional orchestrations by Macy Schmidt. The production stage manager is Arabella Powell and casting is by Craig Burns at The Telsey Office.

With a book and lyrics by David Lindsay-Abaire, music by Jeanine Tesori, and based on the play of the same name by Lindsay-Abaire, Kimberly Akimbo follows a bright and funny Jersey teen, who happens to look like a 72-year-old lady. Forced to maneuver family secrets, borderline personalities, and possible felony charges, Kim is determined to find happiness in a world where not even time is on her side.

Jessica Stone directs with choreography by Danny Mefford. The Off-Broadway production has scored a number of awards this season, including the Outer Critics Circle Award and Lucille Lortel Award for Best Musical, with Clarke, Cooley, and Milligan all receiving honors for their performances from various committees.

The musical is currently nominated in 9 categories for the 2022 Drama Desk Awards. Kimberly Akimbo is produced by David Stone, Atlantic Theater Company, James L. Nederlander, LaChanze, John Gore, Patrick Catullo and Aaron Glick. An exclusive fan pre-sale will begin May 31 by joining an email list through KimberlyAkimboTheMusical.com. Tickets will go on sale to the general public on June 10.