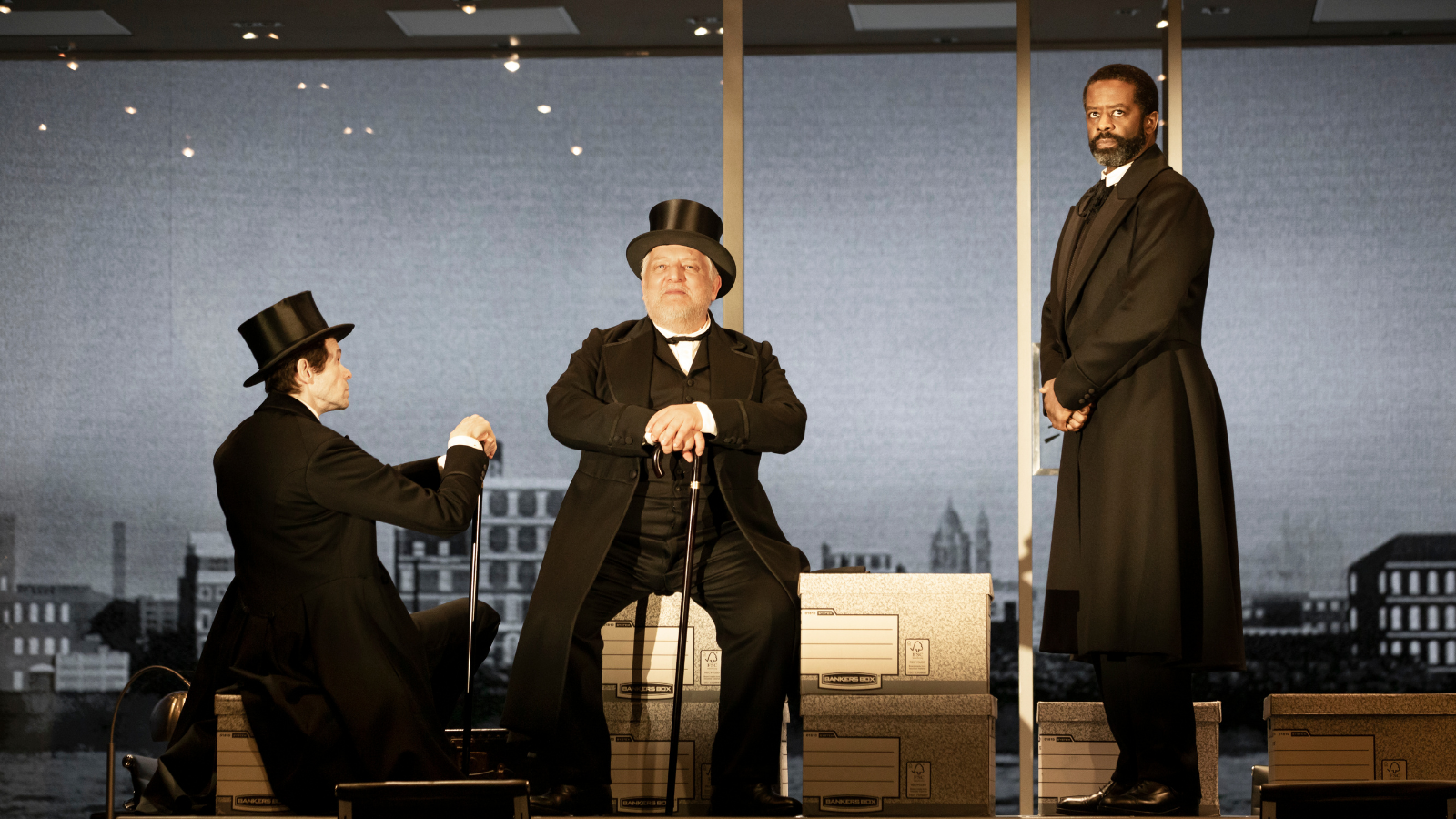 The company of The Lehman Trilogy | Photo: Julieta Cervantes

The winners of the 2022 Outer Critics Circle Awards have been revealed, with The Lehman Trilogy taking home 6 honors, including Outstanding New Broadway Play, Director of a Play for Sam Mendes, and Actor in a Play for Simon Russell Beale.

Following closely behind with 4 wins was Kimberly Akimbo, which scored Outstanding New Off-Broadway Musical, Actress in a Musical (Victoria Clark), Book of a Musical (David Lindsay-Abaire), and Director of a Musical (Jessica Stone).

Elsewhere, the Marjorie Gunner Award for Outstanding New Broadway Musical went to Six; the musical, which reframes the narrative of Henry VIII’s wives in the form of a pop concert extravaganza, also earned Toby Marlow and Lucy Moss the award for Outstanding Score. Other music-related wins included Jason Howland’s orchestrations for Paradise Square.

The John Gassner Award for a new American play went to Sanaz Toossi for English while Company and Take Me Out won for revival of a musical and play, respectively. Patti LuPone and Matt Doyle won in the featured performance category for their work in the former while Jesse Tyler Ferguson did the same with the latter.

A number of well-known favorites also took home awards for their performances this season with LaChanze (Trouble in Mind), Jaquel Spivey (A Strange Loop), Uzo Aduba (Clyde’s), and Kristina Wong (Kristina Wong, Sweatshop Overlord) all coming out on top.

Among the design team winners are Adam Rigg’s set design for The Skin of Our Teeth and Gabriella Slade’s costumes for Six. The Lehman Trilogy took home sound, lighting, and video/projection design.

As previously announced, How I Learned to Drive stars Mary-Louise Parker, David Morse, and Johanna Day, as well as Lackawanna Blues star Ruben Santiago-Hudson, will be presented with special honors to mark their returns to roles they originated Off-Broadway over 20 years ago. Commendations will also be given to standbys, understudies, and swings, as well as COVID-19 Safety Officers.

Returning to an in-person ceremony after the COVID-19 pandemic shifted the 2020 honors to a digital format, this year’s winners will be honored May 26 at the Bruno Walter Auditorium of the New York Public Library for the Performing Arts at Lincoln Center.