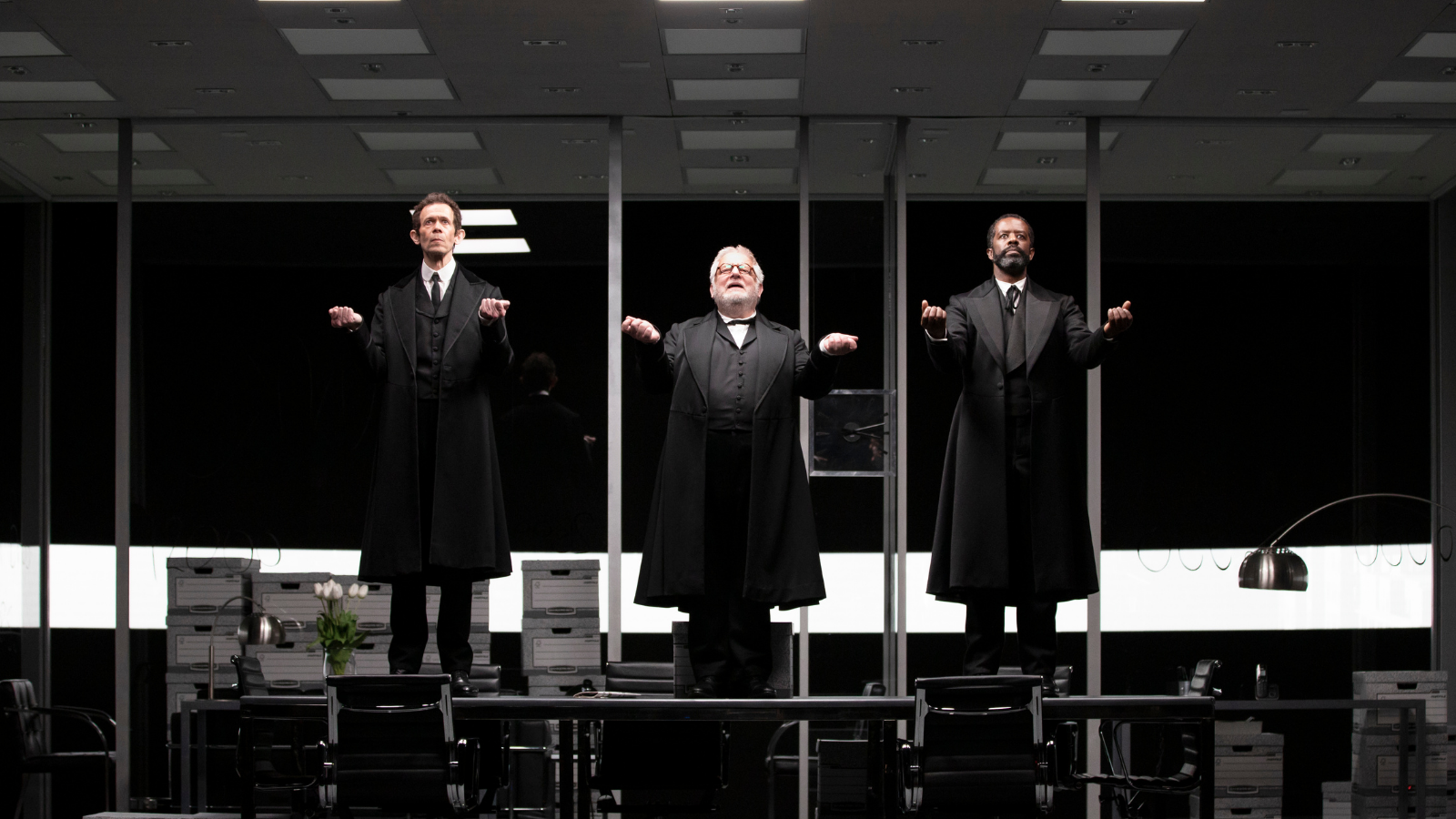 It’s officially awards season, folks. After The Drama League and the Norties announced their nominees yesterday, the Outer Critics Circle have revealed their favorites of the 2021-2022 season. Leading the pack with nine nominations is The Lehman Trilogy on Broadway, followed by the Off-Broadway stagings of Harmony and Kimberly Akimbo with eight nods apiece.

The winners will be announced May 16, with an in-person ceremony honoring the recipients May 26 at the Bruno Walter Auditorium at the New York Public Library for the Performing Arts at Lincoln Center.

Elsewhere, the nominees for Outstanding Score are Harmony (Barry Manilow and Bruce Sussman), Kimberly Akimbo (Jeanine Tesori and David Lindsay-Abaire), Mrs. Doubtfire (Wayne Kirkpatrick and Karey Kirkpatrick), Paradise Square (Jason Howland, Nathan Tysen, and Masi Asare), and Six (Toby Marlow and Lucy Moss). There are 24 more categories in which the best and brightest of the season will compete. For a full list of nominees, click here.

In addition to the nominees, special achievement awards will be presented to How I Learned to Drive stars Mary-Louise Parker, David Morse, and Johanna Day, as well as Lackawanna Blues star Ruben Santiago-Hudson, to mark their outstanding returns to roles they originated Off-Broadway two decades ago.

The Outer Critics Circle will also present commendations to two groups whose unparalleled contributions during the 2021-22 season helped ensure Broadway’s “the show must go on” ethos remained intact: standbys, understudies, and swings, as well as COVID-19 Safety Officers.